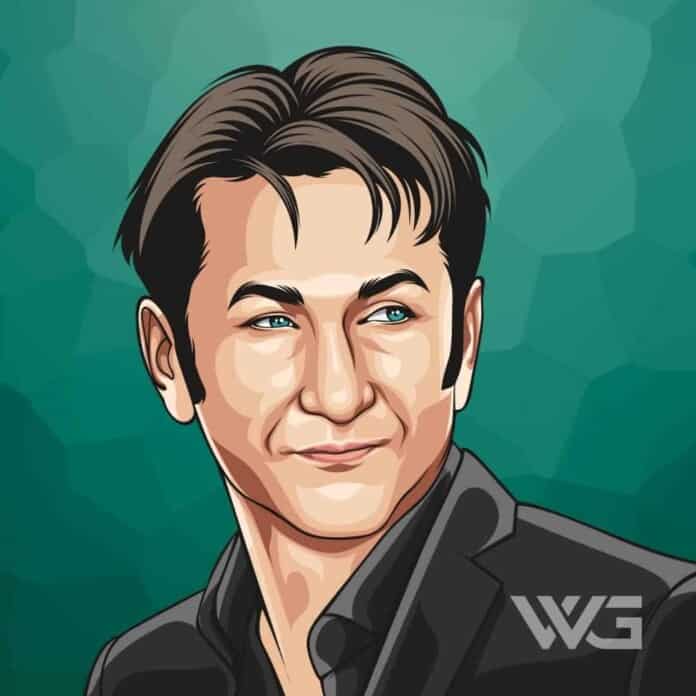 What is Sean Penn’s net worth?

As of December 2022, Sean Penn’s net worth is approximately $70 Million. He is an American actor and filmmaker from Los Angeles.

Penn has won two Academy Awards, for his roles in the mystery drama ‘Mystic River’ and the biopic ‘Milk’. He began his acting career in television, with a brief appearance in episode 112 of ‘Little House on the Prairie’, directed by his father Leo Penn.

Sean Penn was born on the 17th of August, 1969, in Los Angeles, California. Penn is the second child of director Leo Penn and actress Eileen Ryan. His other two siblings are Michael Penn, a musician and Chris Penn, an actor, who died in 2006.

Raised in a secular home, Penn went to Santa Monica High School and was soon making short films with his neighborhood friends.

Penn began his acting career in 1974 when he appeared in an episode of the television series,’ Little House on the Prairie’ which had a few episodes directed by his father.

In 1983, he played the character of troubled youth in ‘Bad Boys’ winning appreciation for his acting skills. In 1985, Penn was seen in ‘The Falcon and the Snowman’.

He took a break from his acting career to work as a director during the early 1990s. His first film as a director was ‘The Indian Runner’ which was released in 1991. Coming out of his hiatus, he appeared in the film ‘The Last Party’ and ‘Carlito’s Way’, in 1993.

He was seen in several movies like ‘Loved’, ‘She’s So Lovely’, ‘U Turn’, ‘The Game and Hugo Pool’. For his portrayal of Emmett Ray in Woody Allen’s ‘Sweet and Lowdown’ in 1999, he received an Academy Award nomination. He was also seen in a small role in ‘Being John Malkovich’.

Penn won another Academy Award for his impeccable portrayal of gay icon Harvey Milk in the biopic ‘Milk’. He won great praise for his work and also won several other awards.

In 2010, he worked in ‘Fair Game’ and the following year, he was seen in ‘The Tree of Life’ which also won him awards at the Cannes Film Festival.

Here are some of the best highlights of Sean Penn’s career:

“Whatever one considers art to be, there is in many people hunger to express themselves creatively and to feel authentic in doing that.” – Sean Penn

“A clearer and more conventional narrative would have helped the film without, in my opinion, lessening its beauty and its impact. Frankly, I’m still trying to figure out what I’m doing there and what I was supposed to add in that context! What’s more, Terry himself never managed to explain it to me clearly.” – Sean Penn

“When you get divorced, all the truths that come out, you sit there and go, ‘What the f**k was I doing? What was I doing believing that this person was invested in this way?’ Which is a fantastically strong humiliation in the best sense. It can make somebody very bitter and very hard and closed off, but I find it does the opposite to me.” – Sean Penn

“One of the reasons people sell out so quickly is because even the talented think they’re frauds. It’s a culture that doesn’t encourage people to believe in the work they do. You’re told to second-guess yourself all the time. That’s where I think a little hostility and arrogance can save you. And I’ve never been lacking for either.” – Sean Penn

“The major studios are by and large banks and they give you what is by and large a loan to make a movie. Like banks, they want their money back plus.” – Sean Penn

3 Lessons from Sean Penn and the movie Milk

Now that you know all about Sean Penn’s net worth, and how he achieved success; let’s take a look at some of the best lessons we can learn from him:

1. Don’t Get Angry. Get Organized.

After facing discrimination from a local merchants association, Milk and his lover Scott Smith (James Franco) could have just walked away in a huff.

Instead, Milk created a new, inclusive community of business owners by forming the progressive Castro Village Association (CVA). Within a few years, the CVA kicked off the Castro Street Fair, which remains a must-attend date on the San Francisco calendar.

2. Unite Those Whose Voices Have Been Silenced

In 1973, a year after he’d moved to San Francisco, Harvey Milk decided to run for city supervisor of San Francisco. While he lost multiple times before finally being elected in 1977, he discovered along the way how to become a voice for the unrepresented and disenfranchised.

His campaign manager Anne Kronenberg (played by Alison Pill) remembers how he often stated, “if we can unite all the minorities, we can be the majority.”

3. Inspire the Next Generation

As a political visionary, Milk deeply believed that to plan for the future you had to connect with the youth of today. Cleve Jones (played by Emile Hirsch), who was just a teen living on the streets, joined up with Milk after hearing him speak about the fate of the young.

How much is Sean Penn worth?

Sean Penn’s net worth is estimated to be $70 Million.

How old is Sean Penn?

How tall is Sean Penn?

Rarely do we come across an actor who is as famous for his acting skills as for his controversies. Hollywood has seen many stars, but not many are more controversial than Sean Penn. Penn is best known for his portrayals in ‘Mystic River’ and ‘Milk’.

What do you think about Sean Penn’s net worth? Leave a comment below.