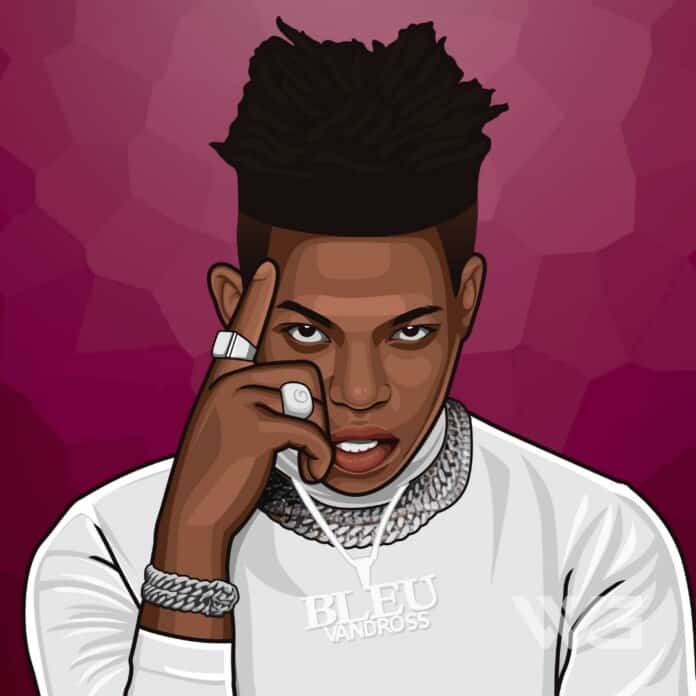 What is Yung Bleu’s net worth?

Yung Bleu is an American rapper and social media personality.

Bleu is best known for his music video ‘Miss It.’ He was born in Alabama,, and he first became popular on YouTube. He began rapping when he was 11 years old,, and in 2016,,,, he dropped his mixtape ‘Investments 3’.

As of December 2022, Yung Bleu’s net worth is estimated to be roughly $500 Thousand.

Yung Bleu was born on the 4th of April, 1994, in Alabama. Bleu started rapping at the age of 11,, and he got into the game after watching his brother interact with local rappers.

Bleu entered the public arena during his late teenage years with self-released mixtapes ‘Hello World’. He then became involved with Young Boss Entertainment.

Over the years, Bleu has built up his reputation on a series of mixtapes. He has developed a working relationship with Boosie Badazz, working with him on several tracks and landing a Columbia-supported deal with Boosie’s Badazz Music Syndicate.

After releasing ‘Miss It,’ he continued to raise his profile with more installments of the Investments series, as well as streaming hits like ‘Unappreciated’ and the Kevin Gates-assisted remix of ‘Ice on My Baby.’

He issued his final Columbia-distributed recordings, ‘Bleu Vandross 2’ and ‘Investments 6’, in 2019. He went on to drop many other albums, and an alternate version of ‘Love Scars highlight ‘You’re Mines Still’ added a verse from Drake and was placed on an expanded edition of the EP.

The track entered the Hot 100 and went into the Billboard 200.

How Does Yung Bleu Spend His Money?

Yung Bleu has definitely made a name for himself in the music industry. With his fortune, he has been able to purchase a restaurant and he also has a massive collection of jewelry.

Yung Bleu loves his hometown which also made him purchase a restaurant. The name of the restaurant is named “Gwen’s House”. The restaurant comes with nice foods known as “soul food”.

Bleu owns some nice pieces of jewelry in his collection. One of his most notable pieces features a watch from the King of Bling Johnny Dang.

Here are some of the best highlights of Yung Bleu’s career:

“When I first started rapping, a lot of people said I sound like Future, but people don’t really say that no more. They used to say I sound like Kevin Gates. When you first come out, the first thing people gon’ do is say, ‘Well, who he sounds like?’ But then, once they start getting into your music and start seeing your topics and stuff like that, they don’t really make no comparisons no more.” – Yung Bleu

“‘Ice On My Baby’ creeping up on ’em. It ain’t even hit the radio yet,, and everybody knows it everywhere I go. I can go to Milwaukee, anywhere, they gon’ already know the records, just because of the internet. So I feel like, ‘Miss It’ wasn’t doing that for me right away, so I feel like once I really like put my pedal on this records, it probably is the biggest record I have, right now.” – Yung Bleu

“Signing to Boosie and prolly Wiz [Khalifa wanting to work with me]. He kinda like the biggest artist that done reached out to me; I feel like, if he wanna mess with me, I must really get some music that’s hitting people.” – Yung Bleu

“Really when I did my first sold-out show. I was getting booked in Mississippi 3 years ago. It was good just seeing a lot of people in the building for me. They all love my music. The crazy thing is, they were singing music that you’ll don’t even know anything about right now. They know all the early singles. “Miss It,” that shit came 2 years after I was hot in the South. I don’t have the same music as the beginning.” – Yung Bleu

“Most of the people that were there when I got signed isn’t there anymore. I don’t even think I know the dude’s name, but he brought me to Imran, then Imran signed me. The crazy thing about it is that it was the only deal I had until I signed. When I signed? I had everybody trying to sign me once I signed. But it was after I signed, so.” – Yung Bleu

Now that you know all about Yung Bleu’s net worth and how he achieved success; let’s take a look at some of the lessons we can learn from him:

If things upset you, learn to assert yourself without being aggressive. There is no positive benefit from bottling up your emotions.

2. Life Will Hit You

How much is Yung Bleu worth?

Yung Bleu’s net worth is estimated to be $500 Thousand.

How old is Yung Bleu?

How tall is Yung Bleu?

Yung Bleu is a well-known rapper who is best known for his track ‘Miss It’.

Bleu has released six mixtapes and he recorded his first songs at the age of 11 with his Nokia cell phone. From an early age, he became interested in music and he liked to listen to Tupac, Lauryn Hill, and Boosie Badazz.

He experienced a hard life growing up with lots of racism. The songs of Luther Vandross inspired him to start making music.

As of December 2022, Yung Bleu’s net worth is estimated to be roughly $500 Thousand.

What do you think about Yung Bleu’s net worth? Leave a comment below.