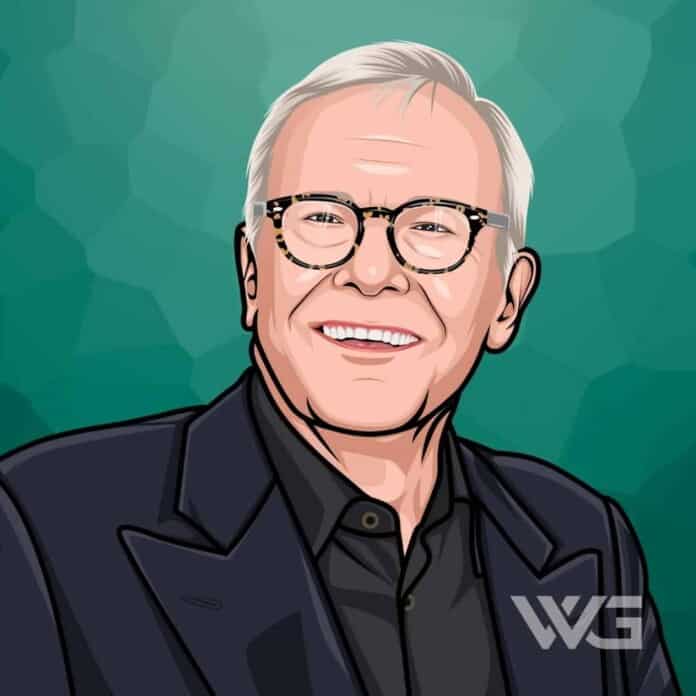 What is Tom Brokaw’s net worth?

Tom Brokaw is an American journalist and author. Brokaw first served as the co-anchor of ‘The Today Show’ from 1976 to 1981.

He was later succeeded by Bryant Gumbel a month after he left. A few months later, he became the anchor and managing editor of ‘NBC Nightly News. From 1973 to 1976, he was the weekend anchor for the program.

Thomas John Brokaw was born on the 6th of February, 1940, in Webster, South Dakota.

Brokaw is the eldest of three sons to Anthony and Jean Brokaw. Brokaw attended Yankton Senior High School, where he was governor of South Dakota American Legion Boys State.

Brokaw’s time in Iowa was less than productive, so he soon transferred to the University of South Dakota, where he graduated in 1964 with a Bachelor of Arts in Political Science.

Brokaw’s first job after college was at a television station in Iowa.

He worked at stations in Nebraska and Georgia before he joined NBC News in 1966. His first job for NBC was as the anchor for the News at KNBC in Los Angeles. He rose to fame when NBC bumped him to the White House correspondent before the Watergate scandal broke.

Throughout his time on the show, he reported on much big news, such as the Loma Prieta earthquake and Hurricane Andrew. In 1989, Brokaw was the first English broadcast journalist to report the Fall of the Berlin Wall.

In 2002, he announced his retirement as the anchor of ‘NBC Nightly News’ following the 2004 presidential election. He closed his final ‘Nighly News’ broadcast in front of 15.7 million viewers on December 1, 2004.

As a writer, he has written ten books. One of his most famous books includes ‘The Greatest Generation,’ which earned him numerous awards and honors. In 2019, he wrote about his experience working as a reporter and a White House press corps member.

He serves on the board of directors of the Council on Foreign Relations, the International Rescue Committee, and the Mayo Clinic. Brokaw is also a member of the Howard University School of Communications Board of Visitors and a trustee of the University of South Dakota.

How Does Tom Brokaw Spend His Money?

Tom Brokaw owns a New York home on Park Avenue, and he has spent some of his money helping different charities.

Brokaw would spend weekends at the Westchester estate and weekdays at a Park Avenue duplex. The Brokaw’s sold this duplex in 2011 for $10 million. They still own a different New York City apartment on Park Avenue.

Here are some of the best highlights of Tom Brokaw’s career:

“You are educated. Your certification is in your degree. You may think of it as the ticket to the good life. Let me ask you to think of an alternative. Think of it as your ticket to change the world.” – Tom Brokaw

“Ratings to me are a little like the Chinese Government. I don’t fully understand what makes a rating go. I don’t know what makes the American television audience respond to one person and not t another. There very seldom are great differences between many television personalities.” – Tom Brokaw

“There has never been a military operation remotely approaching the scale and the complexity of D-Day. It involved 176,000 troops, more than 12,000 airplanes, almost 10,000 ships, boats, landing craft, frigates, sloops, and other special combat vessels–all involved in a surprise attack on the heavily fortified north coast of France.”  – Tom Brokaw

“The WWII generation shares so many common values: duty, honor, country, personal responsibility and the marriage vow ” For better or for worse–it was the last generation in which, broadly speaking, marriage was a commitment and divorce was not an option” – Tom Brokaw

“Washington tends to be full of too many traps. I think reporters there do a lot of attending news briefings and news conferences, expecting to get the real news out of those relatively sterile environments. But you’ve got to deal with the obscure people as well as the names.” – Tom Brokaw

Now that you know all about Tom Brokaw’s net worth and how he achieved success; let’s take a look at some of the lessons we can learn from him:

Heroes are people who rise to the occasion and slip quietly away.

It’s easy to make a buck. It’s a lot tougher to make a difference.

In the pursuit of your passions, always be young. In your relationship with others, always be grown-up. Set a standard, and stay faithful to it.

How much is Tom Brokaw worth?

Tom Brokaw’s net worth is estimated to be $85 Million.

How old is Tom Brokaw?

How tall is Tom Brokaw?

Tom Brokaw is an American television journalist and author who is most famous for serving as the lead anchor and managing editor of NBC Nightly News from 1982 to 2004.

Brokaw signed a five-year contract with NBC in 1997. When the contract ended, he signed a new 10-year extension that kept him at the network to produce documentaries.

What do you think about Tom Brokaw’s net worth? Leave a comment below.