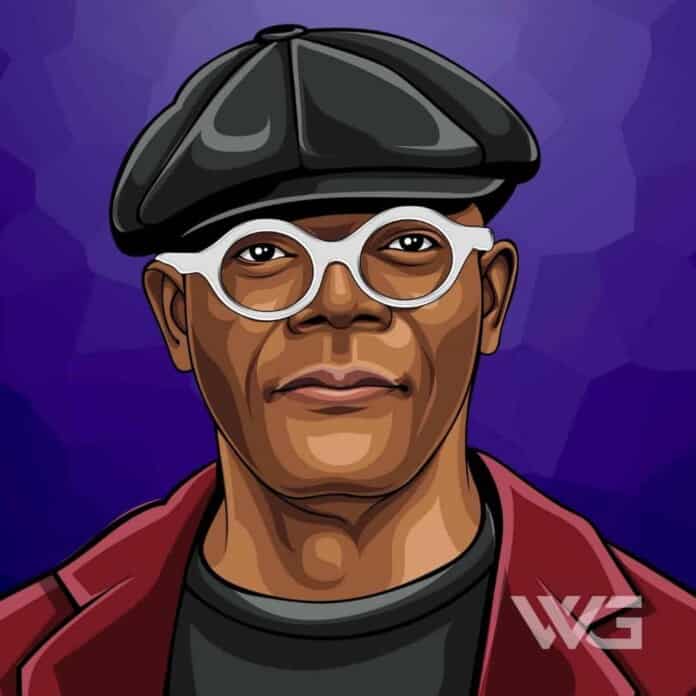 What is Samuel L. Jackson’s net worth?

Samuel L Jackson’s net worth is $250 Million As of November 2022, and he is known for being one of the best actors of all time.

Samuel Leroy Jackson is an American film producer and actor from Washington. Jackson attended several civil rights protests that made him an icon for the movement.

He started his acting career in 1972 when he starred in Together For Days, which was his debut movie. Jackson is one of the most notorious actors in the film industry and he is especially known for his roles in Pulp Fiction and the Star Wars films.

He’s also well known for overuse of the word ‘motherf****er’.

Samuel Jackson was born on the 21st December 1948, in Washington DC. His father lived away from the family and later died from alcoholism, Jackson was raised by his mother Elizabeth.

Jackson attended several segregated schools and graduated from Riverside High School. In his college, he started to join a local acting group where he found an interest in acting and switched his major.

Samuel L Jackson is one of the most hardworking actors in the film industry. During his college years, he joined a theatre company.

While he was working on his debut movie in 1981, he had two life-changing encounters: New York University film student Spike Lee that urged Jackson to appear in the films he was planning to make; and Jackson met fellow actor Morgan J. Freeman who became a great friend and convinced Jackson that he could be a good actor.

Jackson consented and kept his word appearing in several of Lee’s films Do The Right Thing and School Daze.

Jackson got his attention and he received some well-earned awards: Best Supporting Actor and a New York Film Critics Award. He got his breakout role in 1994 when he starred in Quentin Tarantino‘s instant cult classic, Pulp Fiction.

Among his side, he worked with Grease star John Travolta. Jackson received an Academy Award for the role.

After his breakout, Jackson went on to make several big Hollywood films, and in 1999 he starred in the first episode of the Star Wars sequels. Samuel Jackson gained that much success that he was on The Guinness Book Of Worlds in 2011 for his outstanding performances in his films.

He also starred in films like Snakes On a Plane (2006), Iron Man 1 and 2, and has also appeared in more Marvel comics-related films like Captain America.

Since then, Jackson has become one of the most respected actors of all time. He has inspired many, and his films have sold millions of copies worldwide, which has gained him an incredible net worth.

Here are some of the best highlights of Samuel L Jackson’s career:

“Now you’ve seen how bad things can get and how quickly they can get that way. Well, they can get a whole lot worse. So we’re not going to fight anymore! We’re going to pull together and we’re gonna find a way to get out of here! First, we’re gonna Seal off this pool”. – Samuel L Jackson

“I’m a good son, a good father, a good husband – I’ve been married to the same woman for 30 years. I’m a good friend. I finished college, I have my education, I donate money anonymously. So when people criticize the kind of characters that I play on screen, I go, ‘You know, that’s part of history.” – Samuel L Jackson

“I just always knew that I lived in two worlds. There was the world of my house and community, but to make my way in that white world I had to modify the way I spoke and acted. I had to sometimes not make direct eye contact.” – Samuel L Jackson

“Any changes that I made to my line, I asked if I could make them, which I do in every movie. So far everybody’s been gracious enough to say yes. The only improvising I do is in the movies I do with Chris Guest, which is what we do.” – Samuel L Jackson

How much is Samuel L Jackson worth?

Samuel L Jackson’s net worth is estimated to be $250 Million.

How old is Samuel L Jackson?

How tall is Samuel L Jackson?

Samuel L Jackson is one of the most respected and popular actors in the film industry. There’s no doubt that he will remain as one of the best man actors of all time.

He has won several awards for his works, and he will remain as one of the best actors of all time since he been working as an actor since he was young.

What do you think about Samuel L Jackson’s net worth? Leave a comment below.