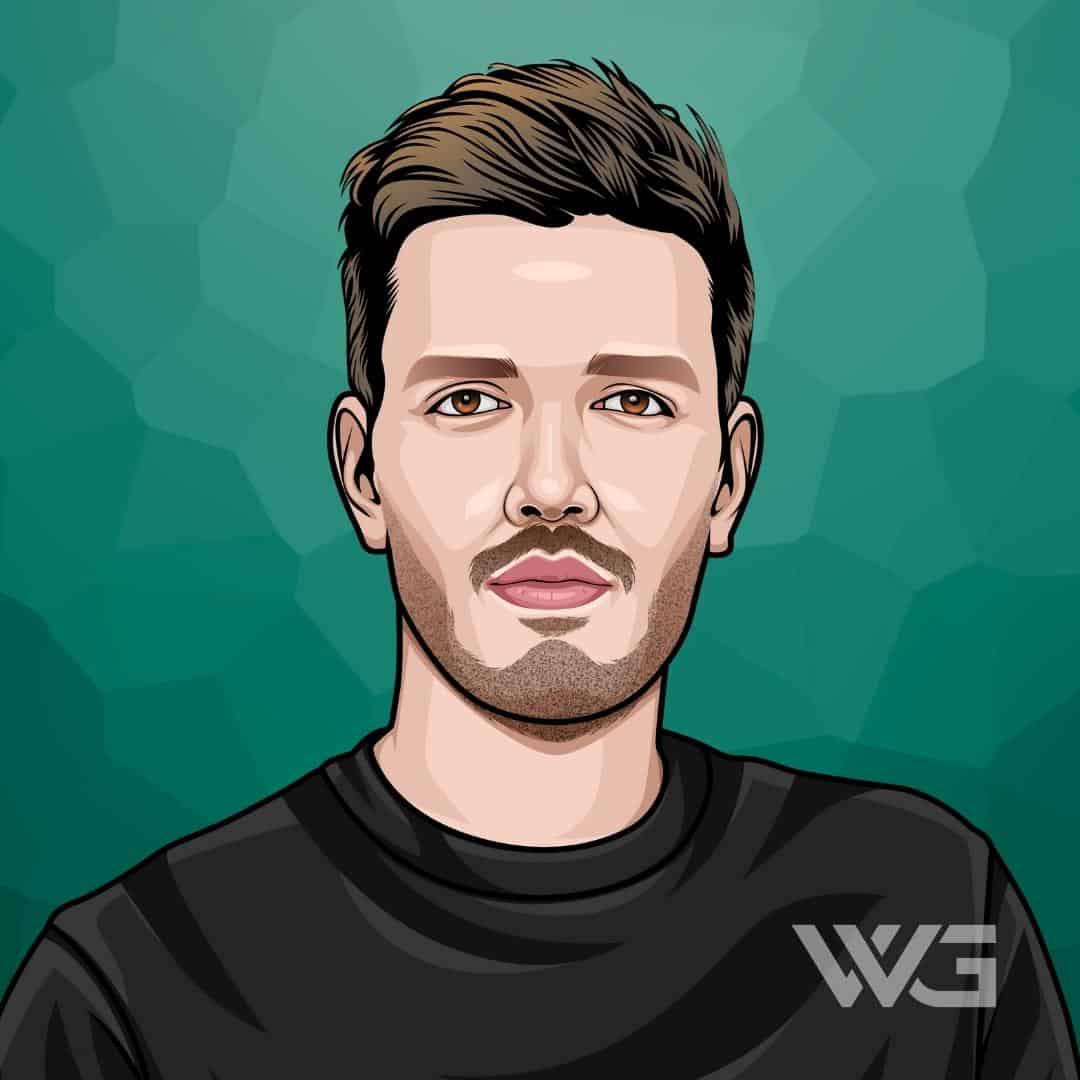 What is Netsky’s net worth?

Netsky is a Belgian drum and bass producer and musician known for his releases through Hospital Records and Sony Records that blend liquid funk-style production with drum and bass.

He has collaborated with several core producers in the EDM scene and some of the biggest names in hip hop.

Netsky was born March 22, 1989, in Edegem, Belgium, whose real name is Boris Daenen, taking his DJ name from the name of a computer virus.

At age five, Netsky’s grandfather bought him his first drum kit, teaching him how to play the instrument and introducing him to hip hop and funk.

In his late teens, Netsky began producing tracks focused on drum and bass music, coming to the attention of the music industry with the release of his early singles in 2009.

His musical style, blending liquid funk with vocals and instrumental layers, was heavily influenced by High Contrast’s remix of the track, Gold Digger.

Netsky’s professional music career began with his recording contract with Hospital Records in 2009, the same label as the High Contrast and London Elektricity artists.

Netsky’s next two albums for Hospital Records saw the drum and bass producer increase in popularity, placing in the number one spot on the Belgian charts for both releases.

He has worked with some of the richest DJs in the world, including David Guetta, on the song Ice Cold, and Lost Frequencies.

In 2019, he collaborated with Lil Wayne, who is one of the richest rappers in the world, on the track, I Don’t Even Know Anymore.

Additional collaborations include Axwell of the Swedish House Mafia and remixing songs for Ed Sheeran and Dua Lipa.

While Netsky’s career earnings aren’t known, analyzing publicly available information on sponsorships and record sales can give us some valuable insights.

Some estimates place his annual income around $100,000, although the actual figure may well be higher due to unknown variables.

Since Netsky remains active as a drum and bass producer and musician, his annual career earnings will likely continue to increase.

With his rise to fame and success through Hospital Records and subsequent deal with Sony Music, Netsky’s net worth will have exponentially grown over the course of his career.

Sell-out tours, in which he performed alongside some of the biggest names in EDM, will have further enhanced his earning capacity and overall wealth.

As he continues to release music and collaborate with industry leaders, his net worth will likely see ongoing growth.

Little is known about Netsky’s personal life, with the international DJ and producer not known for conducting extensive interviews about his personal life.

He has previously mentioned that his girlfriend accompanies him on his tours, although his current relationship status isn’t clear.

Through his popular official Instagram account, he keeps his fans updated on the latest releases and upcoming live shows.

How Does Netsky Spend His Money?

While there is little available information about how Netsky spends his money, as an internationally famous DJ, he likely stays in some of the most expensive hotels in the world while on tour.

He is known for spending time in Los Angeles, where he works with producers such as Stargate and spends time with fellow DJs.

Netsky is also enthusiastic about music production equipment, with an extensive collection of synthesizers that he uses on his tracks.

With a career spanning a decade and counting, Netsky has accomplished many things as a drum and bass producer and musician.

This includes many successful singles and collaborations with some of the leading drum and bass artists worldwide.

Here are some of the best highlights of Netsky’s career:

With a bright future in the music industry ahead of him involving new and exciting collaborations and projects, his career is set to feature many new high points.

While Netsky isn’t known for conducting long-form interviews with the media, he has nevertheless opened up about his relationship with music and collaboration.

Here are our favorite quotes from Netsky:

Now that you know all about Netsky’s net worth let’s explore some of the lessons we can learn from his career as a professional music producer and DJ.

Here are some of the best success lessons to learn from Netsky:

Netsky’s first encounter with music began when he was a toddler and continued throughout his life, thanks to the support he had from his grandfather.

If you’re passionate about something early on, don’t be afraid to stick with it and make it your career.

2. If You Have The Chance To Collaborate With Talent, Take It

While Netsky enjoyed a successful early career as a solo artist, he took the opportunity to work with others when the chance arose.

The Netsky Live! project turned out to be a huge success, seeing the group take to the international stage at some of the biggest music festivals.

3. Don’t Be Afraid To Mix Up Genres

It can be easy for music producers to get stuck in a rut and make the same style of music throughout their careers.

Netsky’s blending of drum and bass with funk, hip hop, and R&B shows that mixing up genres can really pay off.

That concludes this article exploring Netsky’s net worth, from his early days releasing through Hospital Records to his high-profile collaborations and remixes.

Helping to define liquid drum and bass for a new generation, Netsky continues to release pioneering tracks that push the genre’s envelope.

Since Netsky’s career continues to develop, his net worth will change, so make sure you check back on this article in the future for the latest details.

What do you think about Netsky’s net worth? Leave a comment below.