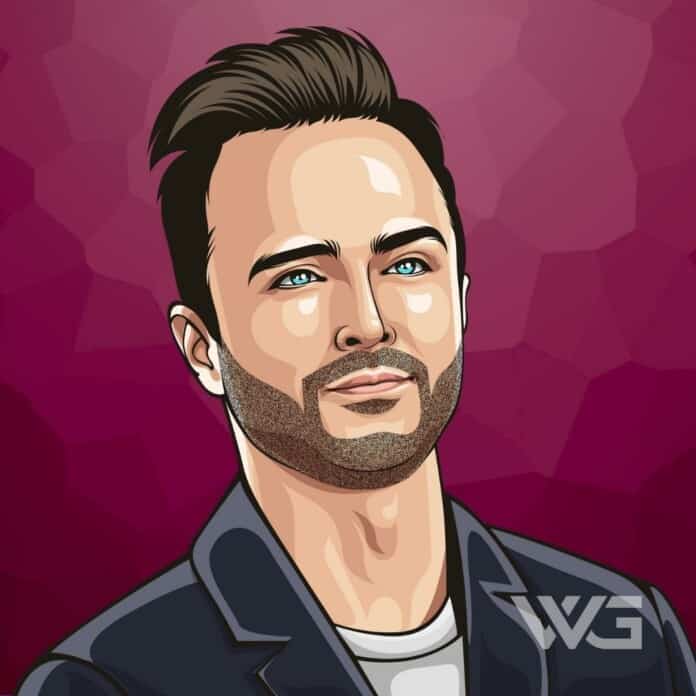 What is Aaron Paul’s net worth?

Aaron Paul Sturtevant is an American actor from Idaho.

Sturtevant is best known for portraying Jesse Pinkman in the AMC series ‘Breaking Bad’, for which he has won several awards for.

Aaron Paul Sturtevant was born on the 27th of August, 1979, in Emmett, Idaho. Paul is the son to Darla and Robert Sturtevant and his father is a retired Baptist minister. As a child, Paul began participating in church plays and when he was in eighth grade he enrolled in the theatre department.

Paul dreamt about moving to Los Angeles and worked on several works together to raise money. After graduating he moved to LA with the $6,000 he had saved.

Paul struggled for a decade in LA. He signed with a talent scout after finishing runner-up in a competition for the International Modeling and Talent Association.

During the same time, he also worked as an usher at Universal Studios Movie Theater in Hollywood.

He began his acting career by appearing in small roles in a couple of television movies. His first notable role was in one episode of the television series ‘Beverly Hills, 90210’.

His big breakthrough in his career as an actor came in 2007 when he was cast in a recurring role in the drama series ‘Big Love’. In 2008, he received the role of a lifetime when he was cast as Jesse Pinkman on the AMC series ‘Breaking Bad’.

In 2014, Paul appeared in the movie ‘Need for Speed’ as a vengeful street racer recently released from prison. The same year, he starred alongside Christian Bale in Ridley Scott’s ‘Exodus: Gods and Kings’.

In 2016, he appeared in the ensemble cast crime thriller ‘Triple 9’, did voice acting for the protagonist, Nyx Ulric, in ‘Kingsglaive: Final Fantasy XV’, and starred in a bunch of other movie and television series.

Here are some of the best highlights of Aaron Paul’s career:

“There’s the really angry drunk, who’s just annoying to be around. I prefer the drunk who falls all over the place and is being completely inappropriate. Or the super-loud, happy drunk, which is evidentially what I am.” – Aaron Paul

“I never really thought of myself as being an action hero or a leading man, or any of that. I’m a character actor.”  – Aaron Paul

“What’s so great about television. You’re able to tell a long story, where you couldn’t really do that in a film because you have to tell a story in an hour and a half or two hours.” – Aaron Paul

“Yeah, I left Idaho at 17. You know, I graduated high school a year early and just, you know, the typical story, packed up my car and moved out.” – Aaron Paul

“When I first started, I just wanted to work. I wouldn’t necessarily do anything, but I’d pretty much almost do anything at the very beginning.” – Aaron Paul

“It’s very exciting to be able to just work in this business, let alone on stuff you are extremely proud of. So it does make me a little nervous because ‘Breaking Bad’ is so special. It’s great being part of something so great because people pay attention to you, hopefully, because you’re doing good work.” – Aaron Paul

Now that you know all about Aaron Paul’s net worth, and how he achieved success; let’s take a look at some of the strongest lessons we can learn from him:

Whenever things get more difficult, successful people don’t complain. Instead, they realize that they just “leveled up.”

If you think something hard is impossible, you’ll never even start trying to achieve it.

Be stubborn on the vision and strategy and flexible on the details and tactics. But why is it so important to have a “vision Because, without it, you don’t know which direction to go.

How much is Aaron Paul worth?

Aaron Paul’s net worth is estimated to be $20 Million.

How old is Aaron Paul?

How tall is Aaron Paul?

Aaron Paul is an award-winning American actor best known for his portrayal of the crystal meth dealer Jesse Pinkman on the crime drama series ‘Breaking Bad’.

He has won three ‘Primetime Emmy Awards’ and three ‘Saturn Awards’, among others, for his role – the first actor to achieve both feats in the respective categories.

As of December 2022, Aaron Paul’s net worth is estimated to be roughly $20 Million.

What do you think about Aaron Paul’s net worth? Leave a comment below.