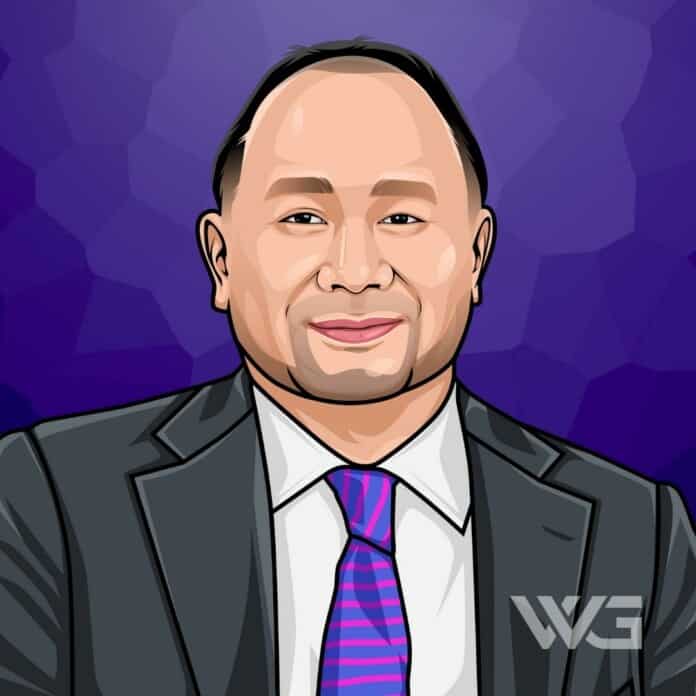 What is Wang Wenyin’s net worth?

Wang Wenyin is a Chinese businessman and chairman of Amer International Group, a Chinese company that produces cable and copper products.

Wenyin is one of the richest men in China. Wenyin was born in the Chinese province of Anhui in 1968.

Wang Wenyin was born on the 2nd of March, 1968, in the Chinese province of Anhui.

He graduated from Nanjing University in 1993, then worked in a warehouse as a manager before starting his own power cord business, which eventually grew into Amer International Group.

Wenyin went to Nanjing University, one of the oldest and most prestigious institutions of higher learning in China. He later studied at Sichuan Radio and TV University.

Wang Wenyin is the chairman and owner of cable and copper supplier Amer International. He owns almost 99% of the company, which includes around 15,500 employees. His company established Amer Semiconductor in the year 2011.

In March 2014, he set up a company in Singapore to trade metals and purchased global mining assets. His company has established goodwill in clients’ eyes as it delivers the product with the best resources at subsidized rates, maintaining the quality.

He has multiplied Amer International Group’s mines and factories. He has influenced his company in the Communist Party to challenge the dominance of China’s state-owned giant corporations.

In 2015, Amer International started making traditional sculptures and statues using marble from its own mines. Wenyin plans on taking the company on a global platform by setting it up in other countries too.

Amer International has its own manufacturing units and factories. With the use of the right tactics and skills, the company has seen immense growth over the past two decades.

Over the past years, Wang Wenyin has propagated Amer International Group’s factories and mines.

As of December 2022, Wang Wenyin’s net worth is estimated to be roughly $12 Billion.

Here are some of the best highlights of Wang Wenyin’s career:

“My grandfather was a successful businessman, so we have the business gene in our bones. But he suffered during the Cultural Revolution. Because he was a factory manager, he was regarded as a capitalist, so he was publicly shamed. He was forced to kneel on the ground until his knees were damaged.” – Wang Wenyin

Now that you know all about Wang Wenyin’s net worth and how he achieved success; let’s take a look at some of the strongest lessons we can learn from him:

You learn more from failure than from success. Don’t let it stop you… Failure builds character.

People who think they can change the world are the ones who do.

Wang Wenyin is a Chinese entrepreneur who is the chairman of Amer International Group.

What do you think about Wang Wenyin’s net worth? Leave a comment below.