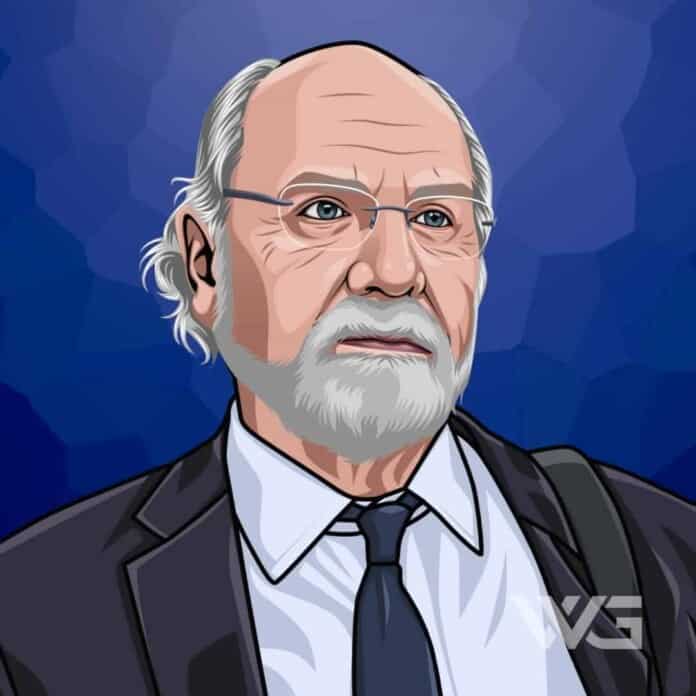 What is Jon Corzine’s net worth?

As a member of the Democratic Party, he worked at Goldman Sachs. He was the CEO of MF Global from 2010 until its collapse in 2011.

Jon Stevens Corzine was born on the 1st of January, 1947, in Taylorville, Illinois.

Corzine is the son of Nancy June and Roy Allen Corzine. He is of Italian descent from the paternal side. Corzine grew up on a small family farm in Willey Station.

After completing high school at Taylorville High School where he had been the football quarterback and basketball captain. Corzine attended the University of Illinois at Urbana Champaign.

He was a member of the Phi Delta Theta fraternity and graduated in 1969, earning Phi Beta Kappa honors.

Corzine is the former chairman and CEO of MF Global Holdings Ltd.

Two years later, Corzine joined Goldman Sachs, where he spent more than 20 years. Corzine was rising rapidly through the ranks. He soon served as a chief financial officer and eventually turned into a chairman, CEO, and senior partner.

After his 1999 departure from Goldman Sachs, he was elected as the United States Senator from New Jersey from 2001 to 2006.  As a Senator, he was the initiator of plentiful actions related to expanding health care for children.

From 2006 to 2010, he served five years of a six-year Senate tenure. Corzine was the 54th Governor of New Jersey. Under his term, New Jersey became the first state to abolish the death penalty.

How Does Jon Corzine Spend His Money?

Corzine lives in a beautiful home in Summit, New Jersey.

Corzine has helped many charities out throughout the years. In 2007, Corzine Gave $3.5 million to charity.

Here are some of the best highlights of Jon Corzine’s career:

“The President has once again failed us. Millions of Americans are at risk of going without the flu vaccine this year because the administration failed to act proactively to ensure an adequate supply. There is simply no excuse for this.” – Jon Corzine

“It has now been over 7 years since Congress last raised the minimum wage to its current level of $5.15 per hour. Since that last increase, Congress’s failure to adjust the wage for inflation has reduced the purchasing power of the minimum wage to record low levels.” – Jon Corzine

“Words without deeds violates the moral and legal obligation we have under the genocide convention but, more importantly, violates our sense of right and wrong and the standards we have as human beings about looking to care for one another.” – Jon Corzine

“Martin Luther King laid down his life for those who followed and sought to change what we so rightfully proclaim the values of our nation. He passionately believed that all men are created equal. … For a generation and for many generations, we didn’t live up to that ideal. We may not be living up to it entirely today.” – Jon Corzine

“Doug’s views are straight from the Bush playbook. No matter what kind of spin the Forrester campaign puts on it, the connections are pretty clear, and I think that many of the policies that the Bush administration has advocated are extreme and are out of touch with New Jersey.” – Jon Corzine

Now that you know all about Jon Corzine’s net worth and how he achieved success; let’s take a look at some of the lessons we can learn from him:

No family gets rich from earning the minimum wage. In fact, the current minimum wage does not even lift a family out of poverty.

Words without deeds are an affront to the principle that guides the Nation and makes a mockery of the values we as public servants claim to love.

We must do all we can to empower parents and communities to protect our youth and to encourage healthy behavior free from binge drinking and other forms of alcohol abuse.

How much is Jon Corzine worth?

Jon Corzine’s net worth is estimated to be $350 Million.

How old is Jon Corzine?

How tall is Jon Corzine?

Jon Corzine is an American finance executive. Corzine is also a philanthropist and a political figure. Corzine is a former governor of New Jersey and primarily funded his first two campaigns by selling off shares of Goldman Sachs that he received after leaving the company in 1999.

What do you think about Jon Corzine’s net worth? Leave a comment below.