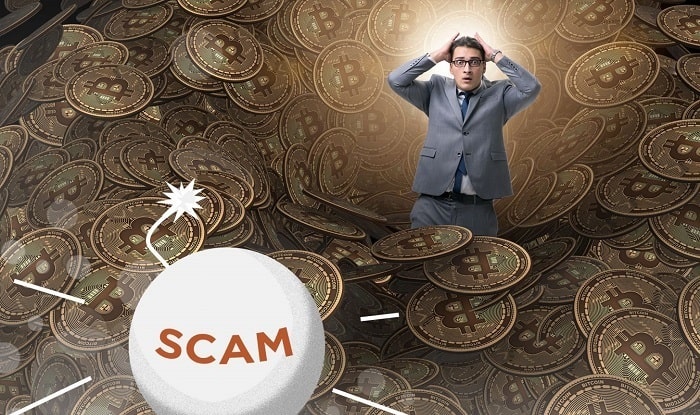 We seem to be living in a seedy world of cryptocurrency scams;

Unless you’ve been living under a rock for the past few months, you’ve probably heard about one bitcoin fraud or the other.

In the most recent episode of these elaborate plots; a South Korean businessman and owner of a successful cryptocurrency business in Singapore was duped into exchanging about $2.3 million worth of bitcoins for fake banknotes.

How The Deal Was Made

According to a report by France 24, the deal took place in the French Riviera, in the city of Nice.

Authorities reported that the businessman was lured to the luxury hotel by “a Serbian man and his accomplice”; convinced into transferring them his bitcoins and getting €2.3 million in cash.

The South Korean realized too late that his bitcoins were being exchanged for fake, counterfeit bills of €500 notes created with Photoshop.

After the deal was made and the businessman discovered that he had been scammed, he reported the crime to the authorities. The French police have since busted one of the criminals in the Cannes. He was wearing a $110,000 wristwatch and driving around in a luxury sports car.

His accomplice, however, is yet to be found and there are still no reports as to whether the victim would ever recover his money back.

To add to the South Korean’s financial trauma, the banknotes given to him were reported to somehow look like real ones; which would easily fool anyone not used to dealing with such notes on a daily basis.

Those €500 notes, by the way, are similar to the ones set to be discontinued by the end of 2018. The announcement was made by the European Central Bank in 2016, citing reasons “that this banknote could facilitate illicit activities.”

What Lessons Can We Learn?

Crypto scams are now becoming more rampant with scammers taking advantage of new technologies and the rush to invest.

To avoid becoming a victim of such scams, you must be very careful about the kind of people you conduct transactions with; especially when it comes to face-to-face deals.

There are several people out there looking to make quick money by feigning interest in purchasing your cryptocurrencies and then scamming you.

Even when a deal seems legitimate, ensure you have properly checked the currency before giving up your assets.