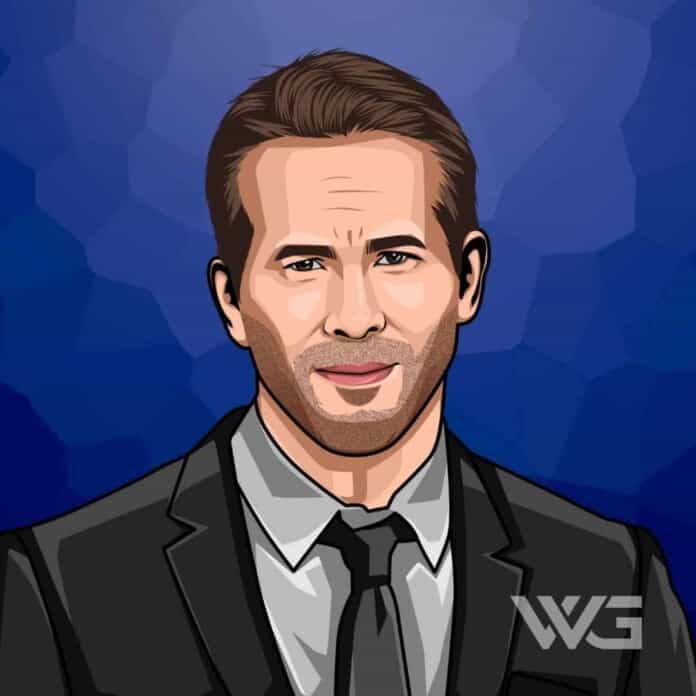 What is Ryan Reynolds’ net worth?

Ryan Reynolds is a Canadian actor, film producer, and screenwriter, from Vancouver. He’s now most popularly known as the face behind Deadpool, the Marvel superhero with a sense of humor.

However, before Deadpool, Reynolds starred in many successful films, including the likes of ‘The Change Up’, ‘Definitely, Maybe’, ‘Green Lantern’, and ‘The Proposal’.

Ryan Reynolds was born on the 23rd October, 1976, in Vancouver, British Columbia.

His mother was a retail salesperson, and his father a food wholesaler. Reynolds also has 3 older brothers, two of them working in the police force for British Columbia.

Reynolds graduated from Kitsilano Secondary School in 1994, and did attend Kwantlen Polytechnic University, also in Vancouver; however he dropped out.

Ryan Reynolds began his career in 1991 when he was cast in the Canadian soap opera, Hillside. Television shows were the birth of Reynolds’ career.

Hillside, as well as parts in The Odyssey, Two Guys, A Girl & A Pizza Place, helped launch his career, and set him up for huge success in the film industry.

Reynolds acted in a couple of films, such as ‘Waiting…’ and ‘Just Friends’, before starring in ‘Definitely. Maybe’, which was a big success and put Reynolds on the map.

After that, Reynolds went on to star in many films, be it comedy, romance or action; from ‘Definitely, Maybe’ to ‘The Change Up’, to ‘Deadpool’. You can see a list of all the most popular and successful movies Reynolds has starred in below, in the highlights section.

Here are some of the best highlights of Ryan Reynolds’ career:

“I have a discipline that has served me very well in my career and in my personal life… and that’s gotten stronger as I’ve gotten older. I’ve always felt if I don’t just have a natural knack for it, I will just out-discipline the competition if I have to – work harder than anybody else.” – Ryan Reynolds

“I find that I get a little depressed if I don’t move my body each day, so sometimes it’s just as simple as walking; and other times it’s training for a marathon or some kind of personal goal that I’m trying to meet.” – Ryan Reynolds

“I believe in energy like dark energies. I believe that when a family moves into a house where six murders took place, there’s going to be some bad juju in that house. But then again what the hell is wrong with you to be moving in that house to begin with?” – Ryan Reynolds

“I know there are actors we all want to beat up a little. I think it’s important to do whatever it takes, and whatever it takes sometimes involves some physical or mental discipline. There’s a lot at stake.” – Ryan Reynolds

“My tattoo is of a cannon in Vancouver that I got in a fleeting moment of stupidity maybe 14 years ago. A lot of people have really beautiful tattoos, and I get real tattoo envy. But then other people basically just treat them like bumper stickers for their bodies.” – Ryan Reynolds

“I think we can all use a little more patience. I get a little impatient sometimes and I wish I didn’t, I really need to be more patient.” – Ryan Reynolds

“We might be too proud to admit it as guys, but we still need to learn how to manage responsibility, how to face our challenges.” – Ryan Reynolds

How much is Ryan Reynolds worth?

Ryan Reynolds’ net worth is estimated to be $150 Million.

How old is Ryan Reynolds?

How tall is Ryan Reynolds?

Ryan Reynolds is a highly accomplished actor, and his star role as Deadpool has cemented his career in place as a success. You can’t imagine the character of Deadpool being played by anyone else.

What do you think about Ryan Reynolds’ net worth? Leave a comment below.