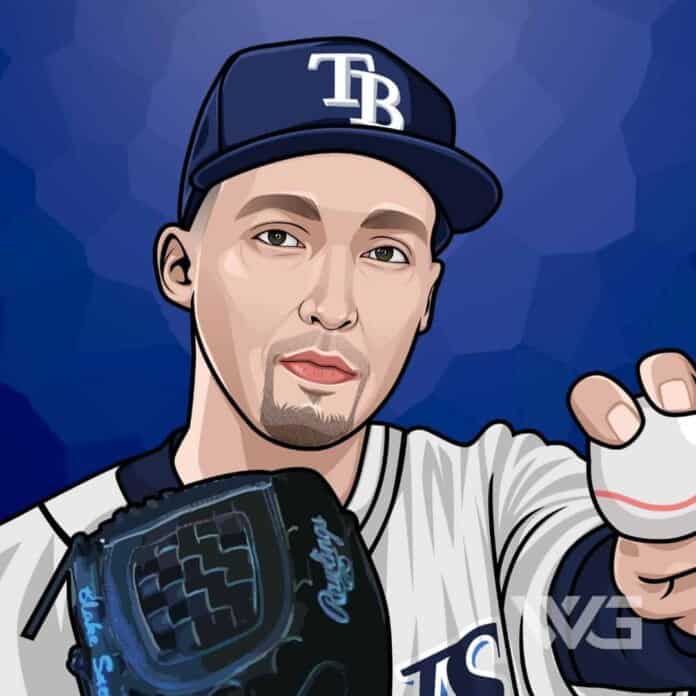 What is Blake Snell’s net worth?

Snell is the pitcher for the Tampa Bay Rays of MLB. Snell made his MLB debut in 2016 and won the AL Cy Young Award in 2018. In high school, he trained at a facility owned by his father, a former minor league baseball player. In his senior season, Snell recorded a 9–0 win-loss record.

Blake Ashton Snell was born on the 4th of December, 1992, in Seattle.

Snell attended Shorewood High School in Shoreline, Washington, where he played for the school’s baseball team. He committed to the University of Washington.

In high school, he trained at a facility owned by his father, a former minor league baseball player. In his senior season, Snell recorded an earned run average of 1.00 with 128 strikeouts over 63 innings en route to a 9–0 win-loss record.

The Tampa Bay Rays selected Snell in the first round of the 2011 Major League Baseball draft. He signed with the Rays and made his professional debut with the Gulf Coast Rays, where he was 1–2 with a 3.08 ERA in 11 games.

Snell was promoted to the major leagues to make his debut on April 23, 2016, at Yankee Stadium. Snell’s first-inning showed jitters as he allowed a run off of a wild pitch.

He opened the 2018 season as the number two starter, behind Chris Archer. On June 3, Snell tied an American League record by striking out the first seven batters he faced in a game against his hometown Seattle Mariners at Safeco Field.

Here are the best highlights of Blake Snell’s career:

“If I’m gonna play, I should be getting the money I signed to be getting paid. I should not be getting half of what I’m getting paid because the season’s cut in half, on top of a 33 percent cut of the half that’s already there – so I’m really getting, like, 25 percent.” – Blake Snell

“Y’all gotta understand, man, for me to go, for me to take a pay cut is not happening because the risk is through the roof. It’s a shorter season, less pay. I gotta get my money. I’m not playing unless I get mine, okay? And that’s just the way it is for me.” – Blake Snell

“Like, I’m sorry you guys think differently, but the risk is way the hell higher, and the amount of money I’m making is way lower. Why would I think about doing that? Like, you know, I’m, I’m sorry.” – Blake Snell

“I do catch myself saying “we” all the time as in Tampa, which is weird. But I don’t think I have to move on from that. I’m aware of where I’m at. I’m aware that I’m a Padre I’m aware that this is my new team and this is the team they traded their guys to get me, and they really wanted me, and I’m aware of that.” – Blake Snell

“I was chillin’. Once that happened, I didn’t know how to feel it… I know how I felt. It was still just a numb moment. I couldn’t believe we lost.” – Blake Snell

Now that you know all about Blake Snell’s net worth and how he achieved success; let’s take a look at some of the lessons that we can learn from him:

You will have ups and downs – but believe anything is possible. With hard work, it can come off.

The purpose of life is simply to live a life of purpose. With no reason to get up in the morning, life can start to really get you down.

How much is Blake Snell worth?

Blake Snell’s net worth is estimated to be $10 Million.

How old is Blake Snell?

How tall is Blake Snell?

Blake Snell is an American professional baseball pitcher for the Tampa Bay Rays of Major League Baseball. He made his debut in 2016 and won the Al Cy Young Award in 2018.

He attended Shorewood High School in Shoreline, Washington, where he played for the baseball team.

What do you think about Blake Snell’s net worth? Leave a comment below.