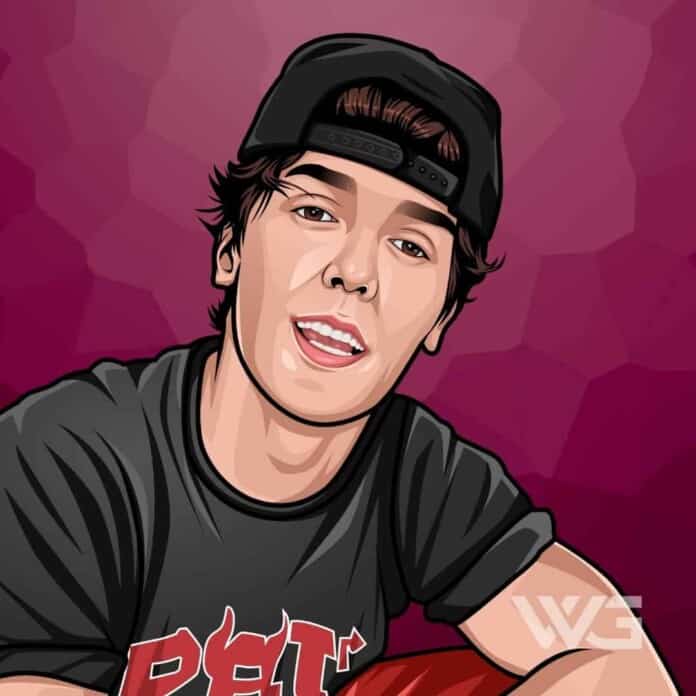 What is Bryce Hall’s net worth?

Bryce Hall is a social media personality. Hall is best known for his TikTok and YouTube videos.

As of November 2021, his TikTok account has 21.1 million followers. He has over 3 million subscribers on his YouTube channel. He is a member of the Sway House which is located in Los Angeles.

Hall was born in an upper-class family from Ellicott City, Maryland. Growing up, he was bullied.

Hall uploads many different videos on TikTok, which is how he rose to fame. He earned the precious badge for being a TikTok comedian as his videos are always interesting and funny.

Hall started off his career on YouNow when he was 15 years old. He started live streaming to make friends after he was bullied. In 2014, he rose to fame after gaining fame on the social media platform Vine and Musical.ly.

Two years later, Hall moved from his home in Maryland to Los Angeles. In 2019, he was one of the most famous social media stars that were featured in the documentary Jawline. It detailed his career beginnings and his legal scandals with his former manager.

In 2020, he and five other social media personalities moved into the Sway House. The house was owned by TalentX Entertainment, where they create content for many different social media platforms.

As of this year, he had a Twitter beef with Austin McBroom. Later this year, the undercard of the match was turned into an event titled Youtuber vs. Tiktokeers. At the press conference for the event, a fight between McBroom and Hall broke out on the stage. McBroom won Hall by TKO.

How Does Bryce Hall Spend His Money?

Hall owns a beautiful home in Los Angeles. It comes with a full dining room and a pool table. His massive home also comes with a fantastic view over the city.

This is also the same home that the city cut power and water to after repeated unothorized house parties.

Here are some of the best highlights of Bryce Hall’s career:

“Everyone’s noticed that Sway Boys don’t even hang out anymore. I’m cool with everyone. It’s just the tension between Noah, Blake, and me just… It’s weird. They f*king did some slimy sh*t, lowkey. I brought these kids in, blew them up in Sway, and then I say, ‘Yo, you guys want to get another place?’” – Bryce Hall

“I feel like though everyone’s noticed that like Sway boys don’t even hang out anymore more. Yeah, I’m cool with everyone. It’s just tension between Noah, Blake. It’s weird, very weird. They did some slimy sh-t lowkey. Well, Noah was actually nice enough to text me about it, but they brought these kids in.” – Bryce Hall

“They’re going house hunting behind my back even though I’m, like, house hunting for all of us. So it caught me by surprise. Probably five days before we had to move out.” – Bryce Hall

“They’re going house hunting behind my back even though I’m, like, house hunting for all of us. So it caught me by surprise. Probably five days before we had to move out.” – Bryce Hall

“I think their new house is sponsored. I don’t think they’re about that rent life yet.” – Bryce Hall

Now that you know all about Bryce Hall’s net worth and how he achieved success; let’s take a look at some of the best lessons we can learn from him:

Opportunities don’t happen, because you have to create them yourself. Hall used to be bullied, and today he is an amateur boxer.

Don’t let anyone’s opinion of you become your reality. Just don’t give a damn.

Set your goals high, and don’t stop until you reach your goal. We all have our goals, but it’s important always to try to reach them because life is too short.

How much is Bryce Hall worth?

Bryce Hall’s net worth is estimated to be $2 Million.

How old is Bryce Hall?

How tall is Bryce Hall?

Bryce Hall has made a name for himself both as a social media star and as an amateur boxer. Today, social media can really help us to get even more successful, and Hall is just the perfect example of that. He is best known for posting dance and comedy videos on his TikTok account.

What do you think about Bryce Hall’s net worth? Leave a comment below.