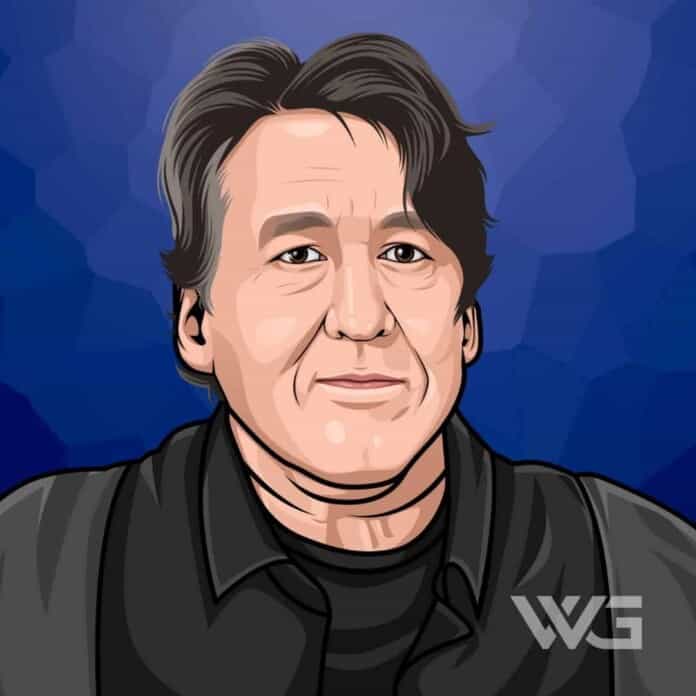 What is Cameron Crowe’s net worth?

Cameron Crowe is an American director, producer, screenwriter, and actor.

Crowe is a contributing editor at Rolling Stone magazine, for which he still frequently writes. His screenwriting ‘Fast Times at Ridgemont High’ grew out of a book he wrote while posing for one year undercover as a student at Clairemont High School in San Diego, California.

Later, he wrote and directed another high school story, ‘Say Anything…’.

Cameron Bruce Crowe was born on the 13th of July, 1957, in California.

His father was a real estate agent. His mother, Alice Marie, was a teacher.

Crowe’s mother also worked as a psychology professor and in family therapy and often participated in peace demonstrations and causes relating to the rights of farmworkers. Crowe’s grandfather was Greek.

Crowe was the youngest contributing writer in the history of Rolling Stone before he started in the movie industry. He is still often a writer for Rolling Stone.

After Rolling Stone left the West Coast, he stayed put and wrote a book about his undercover high school experiences. It was later translated on the big screen as the seminal teenage comedy, ‘Fast Times at Ridgemont High’ in 1982.

This early success followed up with his feature debut as a director with ‘Say Anything’ in 1989. In the 1990s, Crowe created critically and commercially hit movies like ‘Singles’ and ‘Jerry Maguire’.

Although his efforts like'”Vanilla Sky’ and ‘Elizabethtown’ kept him popular in the new age, Crowe had already made a name for himself as a hero making incredible movies who truly appreciated his personalized, character-driven films.

How Does Cameron Crowe Spend His Money?

Cameron Crowe spends some of his money on his real estate.

Here are some of the best highlights of Cameron Crowe’s career:

“Great music is its own movie, already. And the challenge, as a music fan, is to keep the song as powerful as it wants to be, to not tamper with it and to give it somehow a home.” – Cameron Crowe

“Probably having fallen in love with music and movies at a young age and then first learning about writing by the following the path of writers like Dave Marsh and Lester Bangs and being a rock journalist.” – Cameron Crowe

“Well, it is a project to project because as a writer, I think you always write to some degree about things that you know or things that happened – but my favorite filmmakers, my favorite movies of theirs tend to be the personal movies.” – Cameron Crowe

“The battered idealist. It’s just my favorite character … To me, a hero is somebody who can accept the environment of the world, deal with the stuff that’s thrown in their path … and somehow keep their heart.” – Cameron Crowe

Now that you know all about Cameron Crowe’s net worth and how he achieved success; let’s take a look at some of the lessons we can learn from him:

People are going to go where they get characters that they remember.

Stars arrive on their own timetable.

In the future, everybody is going to be a director. Somebody’s got to live a real-life, so we have something to make a movie about.

How much is Cameron Crowe worth?

Cameron Crowe’s net worth is estimated to be $45 Million.

How old is Cameron Crowe?

How tall is Cameron Crowe?

Cameron Crowe is an American film director, producer, and screenwriter.

Crowe is best known for his films ‘Fast Times at Ridgemont High’, ‘Say Anything,’ ‘Singles,’ and the Oscar-winning films ‘Jerry Maguire and ‘Almost Famous.’

He is the author of two books and writes for Rolling Stone Magazine regularly. Today, he is recognized as one of the most notable directors in Hollywood.

What do you think about Cameron Crowe’s net worth? Leave a comment below.