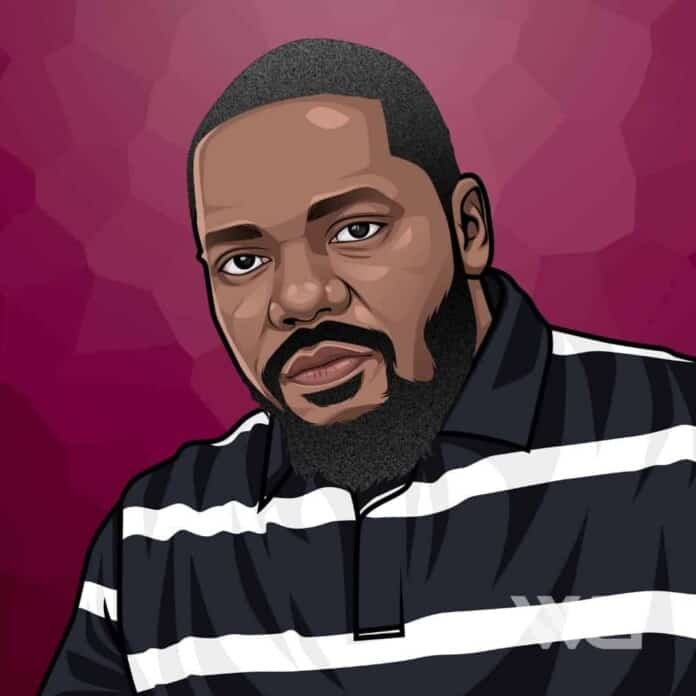 What is Beanie Sigel’s net worth?

Beanie Sigel is an American rapper and actor.

Dwight Grant was born on the 6th of March, 1974, in Philadelphia.

Sigel was a name he took from that of a street in his tough South Philadelphia neighborhood.

Roc-A-Fella Records released his debut album ‘The Truth’ in 2000. Two years later, he starred in ‘State Property.’ Its release coincided with the creation and promotion of State Property, a group of Philadelphia artists signed to Roc-A-Fella.

Sigel’s debut album ‘The Truth’ was released in 2000. It reached the 5th spot on the Billboard 200 Albums chart. The album produced three charting singles: ‘Anything,’ ‘Remember Them Days,’ and ‘The Truth’ and was certified gold by the RIAA.

After releasing some more albums, he declared an end to his career in 2010 when he recorded ‘I Go Off ‘with 50 Cent. In early 2011, Sigel appeared on Travis Barker‘s album ‘Can The Drummer Get Some.’

The following year, he released his first single from the album ‘B.Boy Stance’. In 2012, Sigel also decided to sign a distribution deal with EMI after one of his mutual friends garnered the interest of Chris Schwartz. Under Schwartz’s guidance, Sigel released a new mixtape followed by his studio album ‘This Time.’

In 2016, Sigel and Meek Mill got into an altercation when Sigel ridiculed Mill’s intelligence and claimed to be “the ruler of all of Philly” during a radio interview.

Here are some of the best highlights of Beanie Sigel’s career:

“You talkin’ ’bout somebody who went to war with police. Attempted murders at the height of my career. It’s dangerous! You don’t know anything about that, man. You sit up here, and your job is to play games. Play with something safe, man. Don’t play with me.” – Beanie Sigel

“He paged through a book of promotional photos of himself, one of which was shot shortly after 911. It featured him holding a copy of the Bible upright in one palm while the Koran rose from the other the Twin Towers. Some of the record company people, they wouldn’t let me put this out.” – Beanie Sigel

“I ain’t the captain of the yacht, but I’m on the boat; I ain’t acting what I’m not, knowing that I don’t. You niggaz acting as you will, but I know you won’t. Man, I read between the lines of the eyes of your brows, Your handshake ain’t matchin your smile.” – Beanie Sigel

“I’m caught up in the system where the blind lead the blind. And this artist only speaks on the Signs of the Time. And I pop pills in Purple Rain to state my pain. They say I’m just like my father, bold and too cold.” – Beanie Sigel

“That was my time off right there, being in a box… It’s time to go right back at it. I’ve got a lot of stuff to do. Not just this music, I’ve got companies to run.” – Beanie Sigel

Now that you know all about Beanie Sigel’s net worth and how he achieved success; let’s take a look at some of the lessons we can learn from him:

Sometimes you wake up. Sometimes the fall kills you. And sometimes, when you fall, you fly.

How much is Beanie Sigel worth?

Beanie Sigel’s net worth is estimated to be $100 Thousand.

How old is Beanie Sigel?

How tall is Beanie Sigel?

Beanie Sigel is an American rapper. Sigel was born in South Philadelphia, Pennsylvania.

Sigel is a former member/artist of Dame Dash Music Group and Roc-A-Fella Records, where he formed a relationship with rappers Jay-Z, Freeway, and others. His stage name came from a street name in South Philadelphia.

What do you think about Beanie Sigel’s net worth? Leave a comment below.

Ricky Hatton earned millions of dollars as a boxer and has increased his fortune as a boxing promoter and trainer.