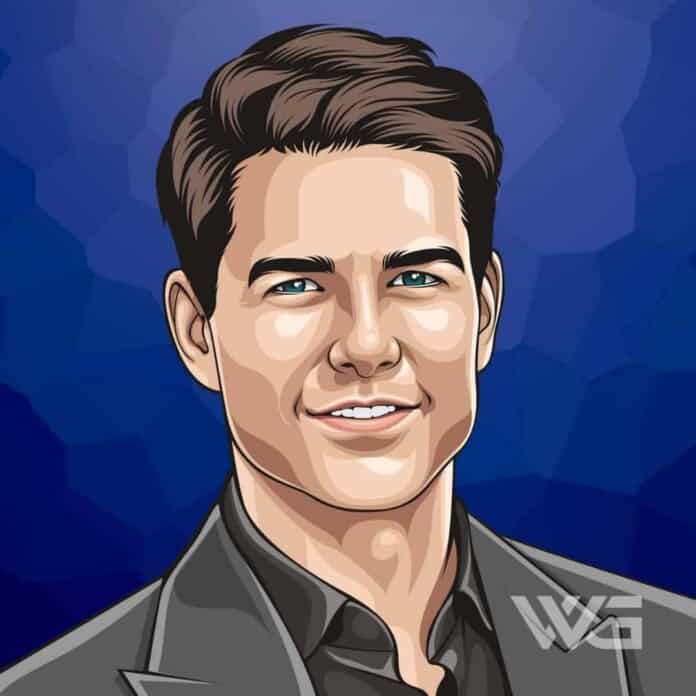 What is Tom Cruise’s net worth?

As of November 2022, Tom Cruise’s net worth is estimated to be roughly $600 Million. Cruise is throughout the 20’s decade one of the highest-paid actors.

Thomas “Tom” Cruise Mapother IV is an actor and producer from Syracuse. Cruise started his career as a successful actor at 19 when he starred in ‘Endless Love’ (1981) and ‘Top Gun’ (1986).

He has collaborated with some of the finest actors in the world including Nicole Kidman, Jon Voight, and Jack Nicholson.

He is of German, Irish and English ancestry and spent most of his childhood in Canada.

Cruise later attended Franciscan Seminary and in Ohio, and his parents divorced during the same time. In his senior years, he played football. Cruise had his debut appearance in 1981 when he starred in the film ‘Endless Love’.

Tom Cruise started his early career as an actor when he starred in a small role in the 1981 film ‘Endless Love’ when he was 19 years old.

Cruise continued his early career by playing roles in some more films. He portrayed ‘Joel Goodson’ in the comedy ‘Risky Business’ in 1983, which became a big hit.

Cruise had his big breakthrough in 1986 when he had the role as ‘Lieutenant Pete’ in the action drama film ‘Top Gun’.

He also achieved success also in 1996 when he played the role of Ethan Hunt in the spy and action movie ‘Mission: Impossible’. The film was a huge box office success an spawned several sequels.

He is most famous for his performance as ‘Ethan Hunt’ in the ‘Mission: Impossible’ films. The series is the 17th-highest-grossing film series of all time with over $2 billion worth of worldwide gross.

How Does Tom Cruise Spend His Money?

Tom Cruise spends a lot of money on his investments and he has an incredible portfolio. He spends part of his money on things like taking classes to become a licensed pilot.

He has a high-profile lifestyle. Cruise has a G450 private jet that costs whopping $38,000,000. He has one of the best security guards, which he pays $50,000 per week to protect his daughter Suri from paparazzi.

Here are some of the best highlights of Tom Cruise’s career:

“I’ve gotten very good at scheduling my life, scheduling the scene and preparing myself for knowing, saving the energy, consuming the energy, knowing when to go for it and having the available reserves to be able to do that. You have to think about that because it’s endurance.” – Tom Cruise

“When I was about 7 years old, I had been labeled dyslexic. I’d try to concentrate on what I was reading, then I’d get to the end of the page and have very little memory of anything I’d read. I would go blank, feel anxious, nervous, bored, frustrated, dumb. I would get angry. My legs would actually hurt when I was studying. My head ached. All through school and well into my career, I felt like I had a secret. When I’d go to a new school, I wouldn’t want the other kids to know about my learning disability, but then I’d be sent off to remedial reading.” – Tom Cruise

“I look at the Samurai because they were the artists of their time. What I think struck me when I read Bushido is compassion. ‘If there’s no one there to help, go out and find someone to help.’ That hit me because I try to lead my life like that.” – Tom Cruise

“I’ve gotten very good at scheduling my life, scheduling the scene and preparing myself for knowing, saving the energy, consuming the energy, knowing when to go for it and having the available reserves to be able to do that. You have to think about that because it’s endurance.” – Tom Cruise

“I just want to help people. I’m a helper. For instance, I myself have helped hundreds of people get off drugs. In Scientology, we have the only successful drug rehabilitation program in the world. It’s called Narconon.” – Tom Cruise

View our larger collection of the best Tom Cruise quotes!

Now you know all about Tom Cruise’s net worth, and how he achieved success; let’s take a look at some of the lessons we can learn from him:

Life is short and precious. Now we must pose the question: What do we all do in our free time? Don’t waste time on what’s not important. Don’t get sucked into problems and drama. There’s always someone who takes a dislike at you, you can’t’ waste time worrying about it.

Treat your body like a temple. Lighten up yourself, no one is perfect. Your body is your home, treat it with love and respect.

3. Keep yourself a mystery

Not everything you do have to be shared with the world. There will always be a different with oversharing and having an opinion, one is far more annoying than the other. Don’t let anyone in, and expose too much.

Tom Cruise – Net Worth Over the Years

How much is Tom Cruise worth?

Tom Cruise’s net worth is estimated to be $600 Million.

How old is Tom Cruise?

How tall is Tom Cruise?

Tom Cruise is by far one of the best actors in history with his impressive performances in ‘Top Gun’ and the Mission Impossible franchise. There’s no doubt that Cruise will remain one of the best and highest-paid actors in the world.

What do you think about Tom Cruise’s net worth? Leave a comment below.