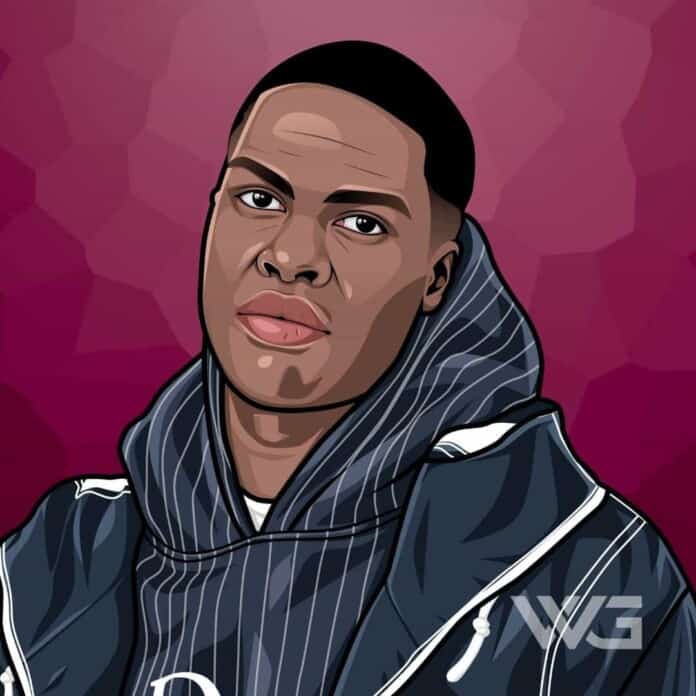 What is Daniel Caesar’s net worth?

Daniel Caesar is a Canadian singer and songwriter.

After the release of the two critically acclaimed EPs, ‘Praise Break’ and ‘Pilgrim’s Paradise,’ he released his debut album ‘Freudian’ in 2017.

He had duets with Kali Uchis and H.E.R. throughout his career, and their songs have been streamed hundreds of millions of times.

Ashton Dumar Norwill Simmonds was born on the 5th of April, 1995, in Scarborough, Toronto.

Simmonds was raised in Oshawa, Ontario, and he is the second eldest of four children. He attended the Seventh-Day Adventist Chuch and private school in Oshawa.

Caesar grew up in church, and he was raised listening to soul and gospel. When he was 17 years old, he was kicked out of the house after a fight with his father. After leaving his home, he began doing gigs.

Caesar’s music is influenced by soul and gospel. His music draws from his childhood experiences, and his singing voice reshapes itself on each track.

He collaborates with producers Matthew Burnett and Jordan Evans, with whom he co-founded his label Golden Child Recordings. Caesar is part of an informal collaborative of Toronto-based musicians and songwriters that includes River Tiber, BADBADNOTGOOD, and Charlotte Day Wilson, among others.

Following his self-released online EP with the single ‘Get You’ featuring Kali Uchis, the track became a huge success. It gained millions of plays and video views in a short span of time. Following the success with ‘Get You,’ he began performing live more frequently to quell the newfound demand for his music.

He began working with the single ‘We Find Love’ and his debut album ‘Freudian.’ The album featured many special guests, including Charlotte Day Wilson, Syd, and H.E.R.

At the 2019 Grammys, he took home the trophy for Best R&B Performance for “Best Part,” his duet with H.E.R. that appeared on Freudian. The same year, he dropped a mixtape on his own titled ‘CASE STUDY 01’.

How Does Daniel Caesar Spend His Money?

Daniel Caesar spends some of his money on his impressive clothing and shoe collection.

Caesar owns a lot of high fashion brands in his closet and shoes. In his wardrobe, we can see shoe brands such as Vans, Nike, and Adidas.

Here are some of the best highlights of Daniel Caesar’s career:

“Everyone has golden years sparsely throughout their life, but good things happen, and then good things disappear. But you’ll always have those good times, and when you’re on your deathbed, you’ll be able to look back on those times when you were with the girl of your dreams.” – Daniel Caesar

“I’m transitioning from being a starving artist. My producers had success outside of the Daniel Caesar brand, so they invested money, time, and resources. They funded the first video, and a lot of other things that I’m so thankful for.” – Daniel Caesar

“I can do what I want when I want. I want to go to this place, I pick up and go. It’s nice. I’ve just never been inclined to do anything that’s too crazy. But I still have to work, you know. Some days I don’t feel like going to the studio. But I still have to.” – Daniel Caesar

“We had some Stevie Wonder and Luther Vandross, but there’s a lot of hip-hop and other black music that I just never grew up on. My parents didn’t listen to anything other than the black gospel.” – Daniel Caesar

“My mom would say I’m a good kid… but I put them through a lot. I was rejecting religion and, not permanently, also kind of rejecting the things that they’d taught me, and just trying to think for myself.” – Daniel Caesar

Now that you know all about Daniel Caesar’s net worth and how he achieved success; let’s take a look at some of the lessons we can learn from him:

You can’t reminisce too much. Because you’ve got to keep pushing forward, you know?

Everyone has golden years sparsely throughout their life, but good things happen, and then good things disappear. But you’ll always have those good times.

Real power is being able to take care of yourself. Caesar’s job is to make art, but he aspires to do more than that.

How much is Daniel Caesar worth?

Daniel Caesar’s net worth is estimated to be $4 Million.

How old is Daniel Caesar?

How tall is Daniel Caesar?

Daniel Caesar is a Canadian singer and songwriter who is best known for his singles ‘Get You,’ ‘Best Part,’ and ‘Love Again.’

What do you think about Daniel Caesar’s net worth? Leave a comment below.