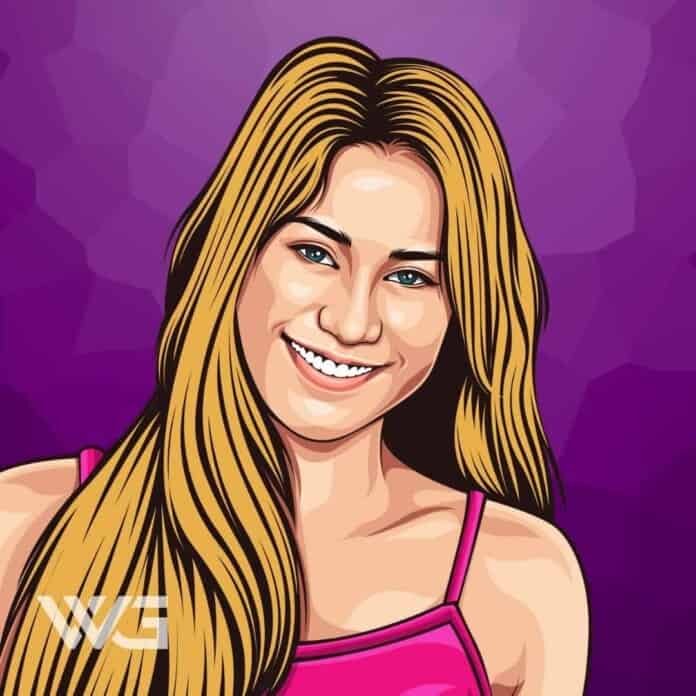 What is Anna Kournikova’s net worth?

As of February 2023, Anna Kournikova’s net worth is approximately $50 Million.

Anna Kournikova is a Russian former professional tennis player from Moscow. Her appearance and celebrity status made her one of the best-known tennis stars worldwide.

Anna Sergeyevna Kournikova was born on the 7th of June, 1981, in Moscow, Russia.

She was gifted her first tennis racket at the age of 5. In 1986, at the age of five, she joined the Spartak Tennis Club, where she was coached by Larissa Preobrazhenskaya.

When she was nine years old, she impressed many international tennis scouts with her playing skills. At the age of ten, she signed her first deal to train at Nick Bollettieri’s well-known tennis school in Florida.

She entered professional tennis at the age of 14, winning the Fed Cup for Russia – becoming the youngest player to do so. She also won European Championships and the Italian Open Junior tournament.

In 1996, she made her grand slam debut at the US Open. The following year, she played the Australian Open, Italian Open, French Open and also made her Wimbledon debut, reaching the semi-finals.

In 1998, she participated in the Australian Open, and at that time she was ranked number 16 on the WTA’s top 20. She lost against Martina Hingis, World Number one then. The same year, she lost in the second round at the Paris Open.

Kournikova won the Grand Slam Doubles at the Australian Open along with her partner Martina Hingis in 2002. She also reached the semi-finals in Wimbledon and reached the quarter-finals at the U.S Open.

In 2010, after a long break from competitive tennis, she played with her doubles partner Martina Hingis in the Invitational Ladies Doubles event at Wimbledon. They won against Samantha Smith and Anne Hobbs.

Here are some of the best highlights of Anna Kournikova’s career:

“Boyfriends have to understand me and my needs. They have to know what I want out of my life and about my strict regime. I go to bed at 10 pm and not later. I separate my professional and private lives.” – Anna Kournikova

“I’ve just done a commercial in the U.S. in which I talk about stocks, shares, and bonds. Everyone is amazed. They ask me: ‘You really know about that stuff or did you just learn it for the commercial?’ I tell them I wouldn’t do it unless I understood and had an interest.” – Anna Kournikova

“Well, I’m playing for the fans so whenever they come and ask for autographs I always try to give it to everybody because I’m out there for the people.” – Anna Kournikova

“I enjoyed my time on the Biggest Loser ranch. Although I will not be returning as a full-time trainer on season 13, I will always be a part of The Biggest Loser family and my commitment to bettering lives through health and fitness will continue.” – Anna Kournikova

“I’m like the most expensive, exotic item on a gourmet menu. People can wander about the sensuous delights of the dish, but they can’t afford such an expensive luxury” – Anna Kournikova

Now that you know all about Anna Kournikova’s net worth, and how she achieved success; let’s take a look at some of the strongest lessons we can learn from her:

The great courageous act that we must all do, is to have the courage to step out of our history and past so that we can live our dreams.

2. Let Go Of The Bad Things

We must be willing to let go of the life we’ve planned, so as to have the life that is waiting for us.

Happiness is not the absence of problems, it’s the ability to deal with them.

How much is Anna Kournikova worth?

Anna Kournikova’s net worth is estimated to be $50 Million.

How old is Anna Kournikova?

How tall is Anna Kournikova?

After she retired from tennis, she pursued a brief stint in modeling; appeared in advertisements, and even played a minor role in a film.

What do you think about Anna Kournikova’s net worth? Leave a comment below.