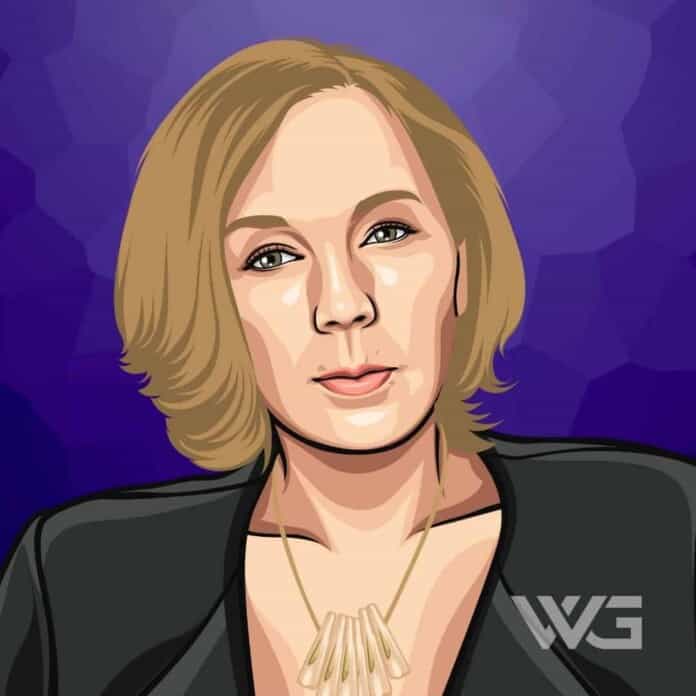 What is Deborah Meaden’s net worth?

As of November 2022, Deborah Meaden’s net worth is estimated to be roughly $60 Million.

Deborah Meaden is an English businesswoman who ran a multimillion-pound family holiday business, before completing a management buyout, but is now best known for her appearances on the BBC Two business program Dragons’ Den.

Deborah Sonia Meaden was born on the 11th of February, 1959, in Somerset. Her parents divorced when she was young, and her mother moved Deborah and her older sister Gail to Brightlingsea in Essex.

Meaden went to the Godolphin School, Salisbury, for a brief period and then to Trowbridge High School for Girls which she left at the age of 16.

On leaving school, Meaden studied business at Brighton Technical College, after which she worked as a sales-room model in a fashion house.

Meaden and a partner bought one of the first Stefanel textile franchises in the UK, which was based in the West Country; she sold out two years later to her partner for £10,000. She then had several successful leisure and retail businesses, including a spell operating a Prize Bingo at Butlins in Minehead.

In 1988, Meaden joined her family’s business to run its amusement arcade operations and in 1992, joined Weststar Holidays, a family holiday park operator based in Exeter, Devon, with its major sites in South West England.

The same year, a planning inspector criticized Meaden’s evidence to his inquiry as “implausible” in a dispute over the granting of village green status to a field on which Mudstone LLP, a firm in which she is a partner, wished to build 48 homes.

Here are some of the best highlights of Deborah Meaden’s career:

“I don’t really have typical days as I actually don’t have a job, but there are ebbs and flows to my life so I will try to describe those. We film Dragon’s Den for 20 days of the year up in Manchester. Those are 12 hour days, arriving at the studio early enough for hair and make-up so we are on set by 10 am.” – Deborah Meaden

“I tend to wander in and out of my home office but I do try to keep my work thoughts there. Home is my bit of England where I control my time and pace.” – Deborah Meaden

“I generally either don’t carry a bag or, if I do it is pretty small..to avoid falling into the trap of lugging a load of unnecessary stuff around with me ‘just in case..’. I always have my mobile phone, purse/wallet…(big enough to hold my phone) lip gloss, anti-histamines, small brush and handkerchief in there.” – Deborah Meaden

“Be passionate but not blind, ask good questions of the right people, keep scanning the horizons and remember every single business has ups and downs. What matters is knowing when to push on through and when to change course, but most of all…love what you do…if you don’t then no one else will.” – Deborah Meaden

View our larger collection of the best Deborah Meaden quotes!

Now that you know all about Deborah Meaden’s net worth, and how she achieved success; let’s take a look at some of the lessons we can learn from her:

1. Preparation is a Stepping Stone to Success

As the old saying goes, failing to prepare means preparing to fail. Success can be defined as being totally prepared.

2. You Are Constantly Creating Your Own Reality

Your reality is built out of your thoughts, so remember how much power you have. What you think you become, what you feel you attract, what you imagine you create.

3. You Are in Control of Your Own Heaven or Hell

You’re the master of your own destiny. You may not always be able to control your circumstances and environment, but how you respond is always within your control.

How much is Deborah Meaden worth?

Deborah Meaden’s net worth is estimated to be $60 Million.

How old is Deborah Meaden?

How tall is Deborah Meaden?

Deborah Meaden is passionate about many causes and speaks with a conviction that will capture the attention of your audience, however varied.

Meaden is a household name due to her appearances in the BBCs Dragons Den. Having always dreamed of owning a company, Deborah showed entrepreneurial spirit from a young age and started her first business when aged nineteen, using earnings from previous jobs.

What do you think about Deborah Meaden’s net worth? Leave a comment below.