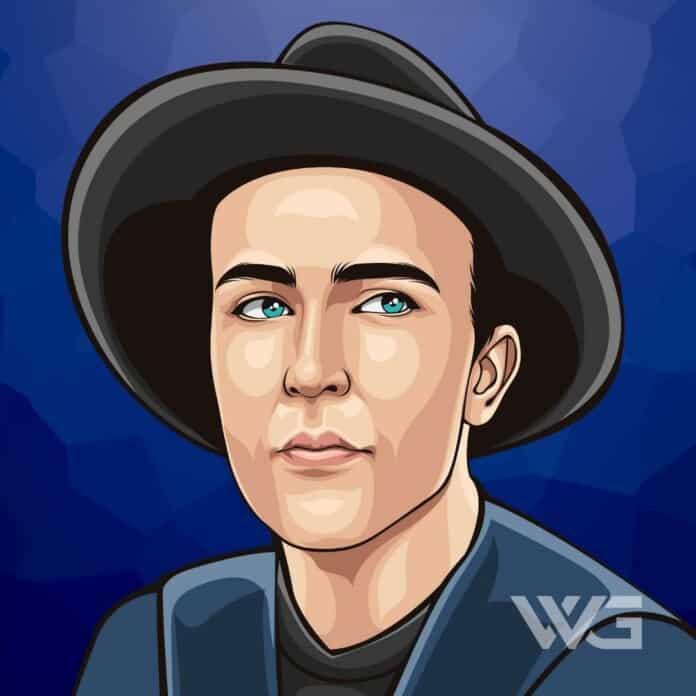 What is Yelawolf’s net worth?

As of February 2023, Yelawolf’s net worth is estimated to be roughly $4 Million.

Michael Wayne Atha, better known as Yelawolf, is an American rapper, singer, and songwriter from Alabama.

Yelawolf is best known for his first independent album ‘Creek Water’ that he released in 2005. He is signed to Interscope Records.

Michael Wayne Atha was born on the 30th of December, 1979, in Gadsden, Alabama. His mother Sheila, gave birth to him when she was just 16 years old. Throughout his childhood, Atha moved often.

Regarding his stage name, Yelawolf has said, “Yelawolf is Native American. My father is Cherokee and I’m from Cherokee county – Gadsden, Alabama. Yela represents light, the sun, power, fire, hunger, and Wolf represents my ability to survive… my fierceness

Yelawolf made the jump to Sony BMG for the release of his single ‘Kickin’. Disillusioned with life on a major label, he returned to the underground rap scene. Newly inspired, he worked to build an audience for himself via MySpace and mixtapes.

In 2010, he made an appearance on Bizarre’s album ‘Friday Night’. It became an early sign that Yelawolf was aligning himself with Eminem’s Shady label and its family of artists. His signing to the label was announced in 2011, and by the end of the year his official debut, Radioactive, had landed.

A 2013 tour with Hopsin previewed his album Love Story, but with Shady celebrating its 15th anniversary and Yelawolf going on tour with DJ Paul, it took until 2015 for the album to see release.

Reuniting with Travis Barker, “Out of Control” was the first to arrive, followed by “Daylight,” “Shadows,” and “Row Your Boat.” In 2017, he issued the single “Punk” featuring Barker and rapper Juicy J. That track would feature on the rapper’s third major-label release, Trial by Fire, which arrived in late 2017.

Here are some of the best highlights of Yelawolf’s career:

“My homies in Gadsden aren’t as exposed as I am cultural, which is awesome – that’s why I love going home. I’m in the kitchen with people who don’t know anything but the simple life, what’s important to them, and that’s dope.” – Yelawolf

“I equally love both, classic rock and hip-hop. I love all music, really, and I really use classic rock a lot. I’m heavily influenced by that melodically in my music. I can’t really separate the two.” – Yelawolf

“I’m from the South, and there’s a different understanding of how to chop. There’s a syllable play. It’s a delicate art. Your accent has a lot to do with it. If you’re from a certain area, words don’t roll off your tongue as slick.” – Yelawolf

“My grandmother, grandfather, my mom – we’ve always been driven by laughter. It’s what held us together. Thanksgivings, any kind of family get-together, we usually end up in tears.” – Yelawolf

“For real, some of my favorite music is Mexican. It’s something about the bassline and the drumming. I can’t even speak Spanish, but that’s probably why I like it so much.” – Yelawolf

Now that you know all about Yelawolf’s net worth, and how he achieved success; let’s take a look at some of the most important lessons we can learn from him:

1. What Doesn’t Kill You Makes You Stronger

2. Hip Hop Is Different From Any Genre

Hip-hop is the only music in the world where you can take any instrument and make it hip hop. It’s anybody’s music. It’s what you make of it. That’s for anything you do in life.

How much is Yelawolf worth?

Yelawolf’s net worth is estimated to be $4 Million.

How old is Yelawolf?

How tall is Yelawolf?

Yelawolf has released over 2 EPs and 6 mixtapes throughout his career as a successful rapper. He started his own record label called Slumerican. His album ‘Radioactive’ debuted high on the Billboard 200 chart, and his music has sold millions of copies.

As of February 2023, Yelawolf’s net worth is roughly $4 Million.

What do you think about Yelawolf’s net worth? Leave a comment below.

Molly Sims is an American model and actress who has earned millions representing high-end brands, including Michael Kors and Giorgio Armani.