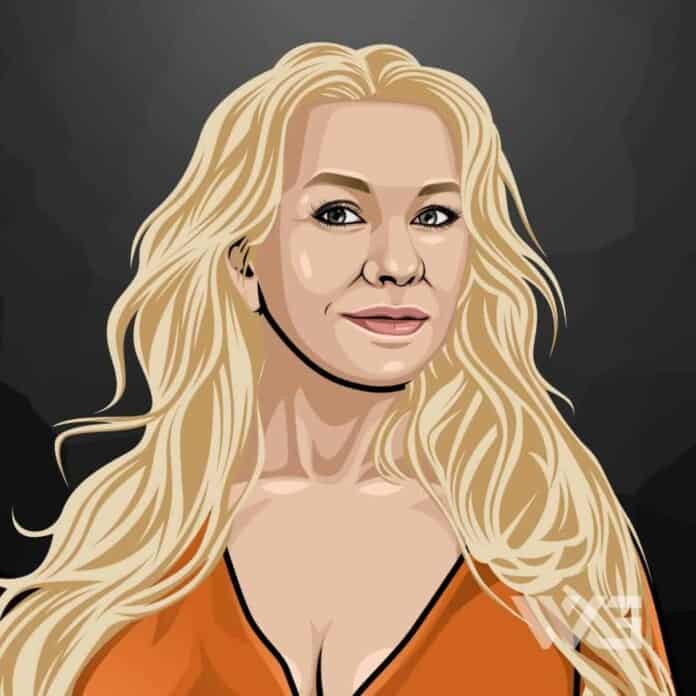 What is Pamela Stephenson’s net worth?

Pamela Stephenson is a writer and performer.

As of today, she is a resident in both the United Kingdom and the United States. Stephenson is best known for her work as an actress and comedienne during the 1980s. Stephenson has written several books, which include a biography of her husband, Sir Billy Connolly.

Pamela Helen Stephenson was born on the 4th of December, 1949, in Auckland. In 1953, she moved to Australia with her scientist parents and brothers. She attended Boronia Park Primary School in Sydney.

Stephenson was raped when she was 16 years old while she was living in Australia, contracting an STD as a consequence. She concealed the fact but was expelled from her home by her parents once her medical condition was known.

Stephenson started her acting career in 1972. She starred as Julie King in the Australian Tv series ‘Ryan’. She starred in the ABC production ‘The Violins of Saint-Jacques’ in 1977.

Among her first appearances in the UK, Stephenson joined the live on-stage team at The Comic Strip led by Rik Mayall, Peter Richardson, and Alexei Sayle at the Raymond Revuebar in Soho.

She is best known for her television role in the comedy television show ‘Not The Nine O’Clock News’ in 1980. Her parodies included Kate Bush in a song called ‘Oh England, My Leotard’.

In 2010, she competed in the eighth series of the television show ‘Strictly Come Dancing,’ consistently winning praise. She received a perfect score of 10 from each of the four judges.

How Does Pamela Stephenson Spend Her Money?

Stephenson spends some of her money on charity. She has helped charities such as Amnesty International, Cancer Research UK
and Women for Women International.

Here are some of the best highlights of Pamela Stephenson’s career:

“When I came off the boat, I was very proud of the thick calluses which had developed on my feet. But now, I am struggling to get into my favorite high heels which is a shame, as I have so many.” – Pamela Stephenson

“I’ve really written my books for my husband and our family. They’ve brought us closer together by allowing us to discuss things that were unspoken for so long.” – Pamela Stephenson

“At least I was smart enough to know I was in trouble and that the answer to that vital question lay somewhere in the mire of my elusive, murky past. And it clearly lay far beyond any discoveries that had been made during the 30-odd years of therapy I’d undergone with a dozen well-respected mental health professionals.” – Pamela Stephenson

“It’s an unconscious thing. We parent by rote. We really have to get up very early in the morning to do it differently. I was always second-guessing myself about that, and trying to learn from good parents. Just didn’t know what to do. I was very, very protective, very. But I never thought I’d bond with my kids. I was genuinely terrified – because I didn’t feel the bond with my mother, so I thought, that’s it, I won’t be able to.” – Pamela Stephenson

“I loved my life, but my choices were overloading and overwhelming me. Listening to inner feelings and fulfilling some of these urges when they come along is incredibly important.” – Pamela Stephenson

“Couples have trouble staying together because we go through so many developmental stages, and unfortunately, they don’t happen at the same time. But if you understand that and can have a reasonably high level of tolerance – marriage requires tolerance. We also don’t spend that much time together, or more to the point, we spend a certain amount of time apart.” – Pamela Stephenson

Now that you know all about Pamela Stephenson’s net worth and how she achieved success; let’s take a look at some of the lessons we can learn from her:

So many people suffer from abuse and suffer alone. Be kind. You never know what the person you’re meeting is going through. Always respect people, and meet them with a good attitude.

After all my probing into the human brain, Stephenson is aware of mysteries and comes up with them herself. Our human brain is smart.

Perfect objectivity is always impossible, no matter who writes a person’s biography.

How much is Pamela Stephenson worth?

Pamela Stephenson’s net worth is estimated to be $20 Million.

How old is Pamela Stephenson?

Pamela Stephenson was born on December 4, 1949, and is currently 72 years old.

How tall is Pamela Stephenson?

Pamela Stephenson is a New Zealand writer, performer, and psychologist. Stephenson is best known for being an actress and comedian starring in ‘Not the Nine O’Clock News’ and being married to Billy Connolly since 1989.

She has authored the books ‘Billy,’ ‘Bravemouth: Living with Billy Connolly,’ ‘Head Case: Treat Yourself to Better Mental Health,’ and ‘Sex Life: How Our Sexual Encounters and Experiences Define Who We Are’.

What do you think about Pamela Stephenson’s net worth? Leave a comment below.