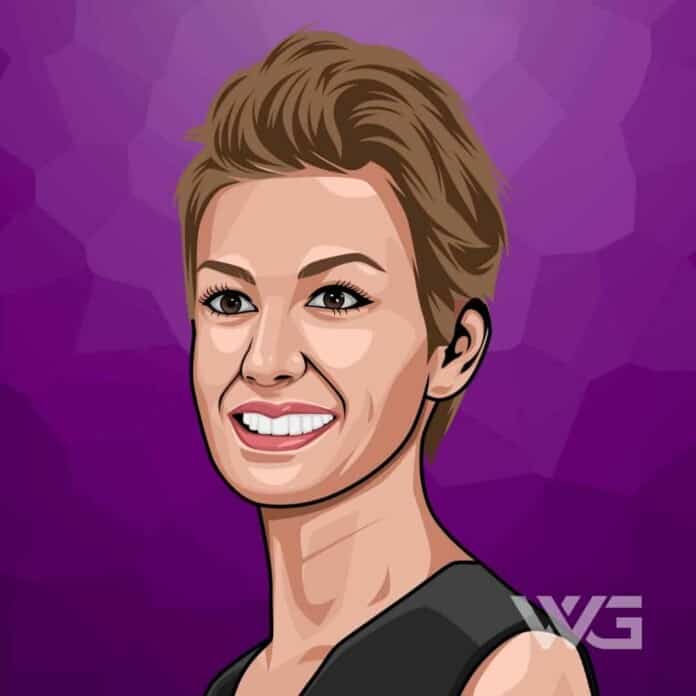 What is Faith Hill’s net worth?

As of December 2022, Faith Hill’s net worth is estimated to be roughly $200 Million.

Faith Hill is an American singer and record producer from Ridgeland, Mississippi. She is one of the most successful country artists of all time, having sold more than 40 million albums worldwide.

Audrey Faith McGraw was born on the 21st of September, 1967, in Ridgeland, Mississippi. She was adopted by Ted and Edna Perry, who named her Audrey Faith Perry.

As a teenager, she was greatly influenced by Elvis Presley and wanted to become a singer like him. She started singing in church choirs.

Her version of the country number ‘Wild One,’ from her debut album, aced the ‘Billboard’ charts, holding on to the first position for four consecutive weeks and creating a record at that time.

Her second album, ‘It Matters to Me,’ was equally successful, with its title track reaching the top of the country charts in 1995. She appeared on the ‘Public Broadcasting Service’ (PBS) music show ‘Austin City Limits.’

Her first duet with Tim, ‘It’s Your Love,’ stayed at the first position of the country charts for six weeks and was awarded by the ‘Academy of Country Music’ and the ‘Country Music Association.’

In 2006, she made a successful world tour, the ‘Soul2Soul II Tour,’ with her husband. The tour broke all records, becoming the highest-grossing country music tour ever, touching $90 million in 2006.

She signed a contract with ‘Sony Music’ for a duet album with her husband, Tim. The release of the album coincided with the exhibit of ‘Mississippi Woman, Louisiana Man’ at the ‘Country Music Hall of Fame and Museum.’ The exhibit is a tribute to the couple.

Here are some of the best highlights of Faith Hill’s career:

“Country music is the people’s music. It just speaks about real life and about truth and it tells things how they really are.” – Faith Hill

“Stand up for what you believe. Follow your gut, which most of the time is your heart talking. This has been my hardest lesson. I have given this advice and not always followed it myself. The truth is, there is no other way.” – Faith Hill

“When I saw Elvis on television, I just fell in love with him completely. As a singer, I want to be able to relate to an audience as this man does. Of course, nobody can – he was the best there ever was.” – Faith Hill

“I love ‘Somebody to Love’ by Queen and of course ‘Bohemian Rhapsody’ is one of my favorites, just because it makes everyone in the room go crazy. Everyone tries to sing along with it, and half the room gets it right and the other half gets it wrong.” – Faith Hill

“There was a period of time when I first moved to Nashville, like the first couple of years, that I was just simply lost. I was meant to be a singer, but I just felt lost. That’s when I went on the search for my birth family.” – Faith Hill

Now that you know all about Faith Hill’s net worth, and how she achieved success; let’s take a look at some of the lessons we can learn from her:

1. Don’t Forget Your Roots and Never Let Fame Go To Your Head

The year after Faith Hill appeared in Stepford Wives, she released “Mississippi Girl,” an autobiographical song that let critics and everyone else know that she wasn’t getting too big for her britches and was just the same ole Mississippi girl she’d always been.

Whether you’re famous on a national stage (like Hill) or even in your small little town, don’t ever forget your roots or start believing your fame makes you better than the people around you.

2. Embrace Hard Times With Courage and Accept the Love Of Others

When the storms of life inevitably come, many people choose to either wallow in their pain or stick their heads in the sand, hoping their problems will go away; but Hill’s powerful song, “Red Umbrella” suggests the best way to deal with dark and stormy days is to face them head-on, taking comfort in the love of others, and choosing to believe, “I’m gonna be okay, so let it rain.”

3. Don’t Give Up On Your Dreams Even When Everyone Else Does

People may give up on you and your dream, but don’t let that quiet the American spirit within you. Faith Hill should know that better than anyone. She auditioned as a backup singer for Reba McEntire, but didn’t get the job.

The lesson of Hill’s “American Heart” is to keep on keeping on, refuse to give up, and take heart knowing that all across this great land, people just like you are chasing their dreams too.

How much is Faith Hill worth?

Faith Hill’s net worth is estimated to be $200 Million.

How old is Faith Hill?

How tall is Faith Hill?

Faith Hill is a well-known American country artist, who has made her mark by blending country with pop to develop her signature style. She was influenced by Elvis Presley in her childhood and formed her own band at the age of 17.

She has won five ‘Grammy Awards,’ of which two were for her album ‘Breathe.’

What do you think about Faith Hill’s net worth? Leave a comment below.