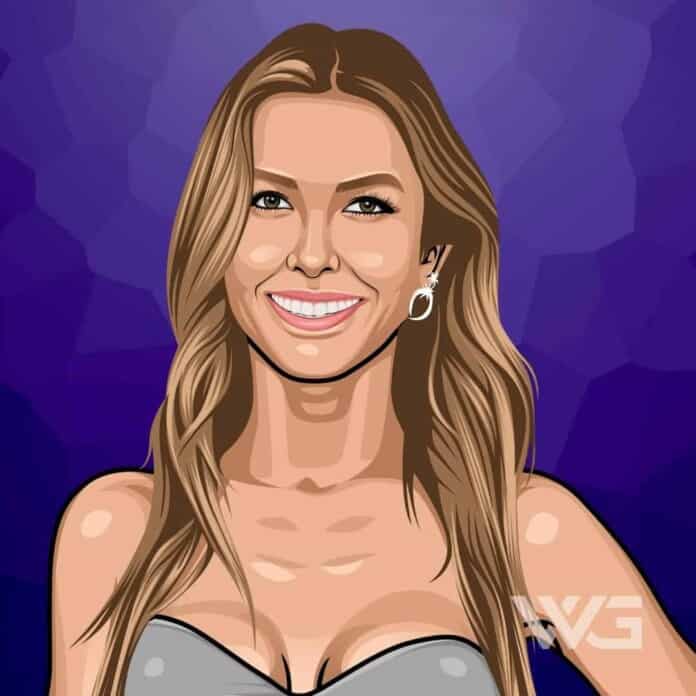 What is Audrina Patridge’s net worth?

Audrina Patridge is an American television personality and actress.

Patridge rose to fame in 2006 when she was cast in the reality television series ‘The Hills.’

It chronicled the personal and professional lives of Patridge and friends Lauren Conrad, Heidi Montag, and Whitney Port.

The same year, she competed on the 11th season of the American version of ‘Dancing with the Stars.’

Audrina Cathleen Patridge was born on the 9th of May, 1985, in Los Angeles, California.

Patridge is the daughter of Lynn and Mark Patridge. She is of German, Belgian, Italian, Polish, and English ancestry and has three younger siblings.

In 2006, MTV developed the television series ‘The Hills.’ During the production of the first season, producers cast her in a position with Quixote Studios.

The following season, Patridge was cast with Epic Records.

The Hills was a spin-off of MTV’s ‘Laguna Beach: The Real Orange County.’

‘The Hills’ chronicled the personal and professional lives of Patridge and friends Lauren Conrad, Heidi Montag, and Whitney Port.

With the success of the series, she had an on-and-off relationship with Justin Brescia. The romantic liaison became a central focus of the series.

Patridge, who was established as the only cast member to appear in all six seasons, went on to compete on the 11th season of ‘Dancing with the Stars. She finished in seventh place.

She had also starred in her own series ‘Audrina’ in 2011. This show documented the lives of her and her immediate family but turned out to be unsuccessful and was canceled after airing one season.

Patridge appeared in the movies ‘Sorority Row’ and ‘Into the Blue 2: The Reef’.

She has since been featured as a supporting character ‘Honey 2’ and ‘Scary Movie 5’, though her scenes were ultimately removed from the latter film.

In 2019, she returned to MTV as a cast member of ‘The Hills: New Beginnings.’

How Does Audrina Patridge Spend Her Money?

Patridge has supported many charities throughout her career.

Here are some of the best highlights of Audrina Patridge’s career:

“At the beginning of ‘The Hills,’ I couldn’t watch myself because I’m very critical and would pick myself to pieces. But with movies, I feel like it’s different because you’re playing a character. So it’s like watching yourself but not watching yourself.” -Audrina Patridge

“I’m launching my own swim line called Prey with my sister. We’ve worked so hard on it. It’s the highest quality [material], and there’s something for everyone. So in five years, I really just plan on focusing on that, living in a beach house, being married, raising a family, and traveling.” – Audrina Patridge

“Beverly Hills. It’s not just for the old and rich. There are a lot of fun things to do there, and it’s so beautiful. It’s not snooty and stuck up. Nic’s (310.550.5707) is this great little jazz bar that’s kind of lounge-y. I really like it there.” – Audrina Patridge

“I grew up watching The Mickey Mouse Club and I loved watching [the actors] dance, but I was so shy. In high school, I actually wanted to be a psychologist, and even went to night school for it, but did acting classes during the day.” – Audrina Patridge

“I get asked whether I talk to Justin Bobby all the time. Keep in touch with everyone off and on, and that was a huge part of my life, but we’ve all gone down different paths. I always get asked if the show was real or fake.” – Audrina Patridge

Now that you know all about Audrina Patridge’s net worth and how she achieved success; let’s take a look at some of the lessons we can learn from her:

1. The Most Beautiful Things

The best and most beautiful things in the world cannot be seen or even touched – they must be felt with the heart.

If you believe in yourself and have dedication and pride – and never quit, you’ll be a winner. The price of victory is high, but so are the rewards.

Happiness is a butterfly, which, when pursued, is always just beyond your grasp, but which, if you sit down quietly, may alight upon you.

How much is Audrina Patridge worth?

Audrina Patridge’s net worth is estimated to be $5 Million.

How old is Audrina Patridge?

How tall is Audrina Patridge?

Audrina Patridge is an American television personality, actress, and model most widely known for her role on the MTV reality show ‘The Hills.’

She is currently developing a new reality series called ‘Audrina,’ and has starred in the movies ‘Into the Blue 2’ and ‘Sorority Row.’

What do you think about Audrina Patridge’s net worth? Leave a comment below.