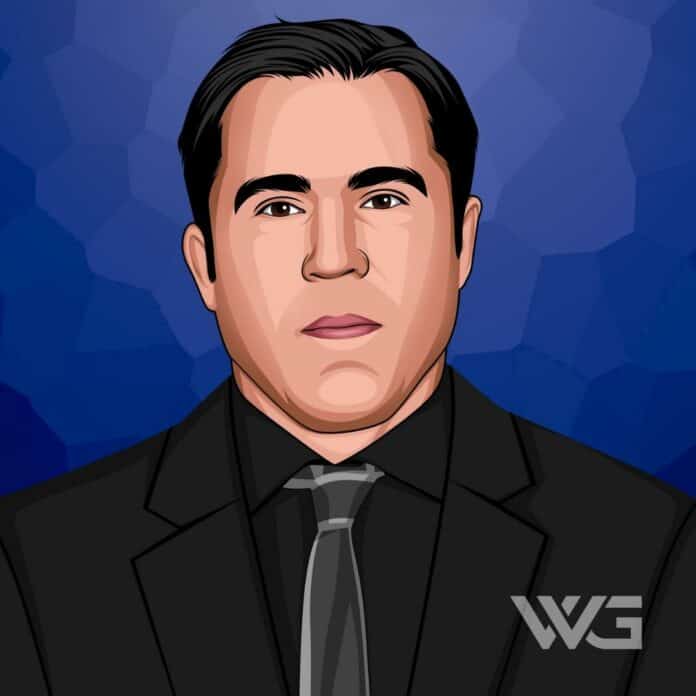 What is Chael Sonnen’s net worth?

Sonnen was one of the top contenders in the light heavyweight and middleweight division, and became an analyst for ESPN after retirement.

As of February 2023, Chael Sonnen’s net worth is estimated to be $10 Million.

Chael Patrick Sonnen was born April 3, 1977 in Milwaukie, Oregon and grew up in the state, attending West Linn High School.

Sonnen was trained in boxing and wrestling while in college, and attended Brigham Young University where he was part of the wrestling team before transferring to Oregon.

While in college, Sonnen was an All-American and tried out to become a professional wrestler before turning his attention to mixed martial arts.

He immediately got into the professional ranks and found success early, earning him a spot in the Dana White promotion UFC, where he’d become a household name.

He didn’t experience his first MMA loss until 2003 when he fell to Trevor Prangley and struggled in his next three matches with just one win.

Following his loss to UFC Light Heavyweight Champion Forrest Griffin, Sonnen rebounded with five straight wins and then had mixed results during the rest of the mid 2000s.

In 2005, Sonnen made his UFC debut with a loss to Renato Sobral, but scored signature victories over the likes of Wanderlei Silva, Michael Bisping, and Mauricio “Shogun” Rua.

Sonnen would have his final MMA pay-per-view in 2017 when he recorded a win against Wanderlei Silva with Bellator MMA.

Because of his status as one of the headliners in the UFC, Sonnen was among the highest paid of his era, making six figures even in losses.

Some of Sonnen’s highest-paid matches include losses to Rashad Evans, Tito Ortiz, and Jon Jones as made a combined $250,000 from those matches.

Sonnen also had some big payouts for his wins, including $150,000 for beating Mauricio Rua and another $300,000 for his Bellator MMA win over Quinton Rampage Jackson in 2018.

Though his earnings were limited by not holding a title belt, Sonnen was still receiving a lot of attention, and thus, a lot of money.

Overall, Sonnen would make $1.7 million in career fight earnings, with various endorsements and business ventures helping to launch his total net worth to an estimated $10 million.

Chael Sonnen grew up with seven siblings and was raised by his parents Claudia and Patrick Sonnen in Oregon.

For much of his professional life, Sonnen has been married to Brittany Smith, with the couple tying the knot in 2013.

Two years later, the couple welcomed their first child, a son named Thero, and in 2016 had a daughter named Blauna Dian who tragically passed away after birth.

Chael Sonnen started racking up awards for himself back when he was in high school, and continued to do so at the college and professional levels.

Whether it be in Greco-Roman wrestling or mixed martial arts, Sonnen has achieved success at every stop.

Here are Chael Sonnen’s career achievements from across the amateur and professional ranks:

Sonnen’s time of winning individual awards has come to an end with his retirement, but he’s still a figure in the sport.

Now working behind the scenes, Sonnen is hoping that his Submission Underground takes off and earns him awards for his business acumen.

How Does Chael Sonnen Spend His Money?

Chael Sonnen is one of the richest MMA fighters in the world, but you probably wouldn’t be able to tell by his spending habits.

Sonnen doesn’t have an extension collection of the most expensive cars in the world, but does have some luxury vehicles including a Ferrari and a Lincoln Navigator.

Instead of a mansion among the most expensive houses in the world, Sonnen settled for a home just over $400,000 in his hometown of West Linn, Oregon.

He doesn’t spend much on jewelry or clothing, and opted to spend much of his money to start his own fighting promotion.

Chael Sonnen has had his career filled with accomplishments on his way to being inducted into the UFC Hall of Fame.

Ever since his college days, Sonnen has succeeded in everything that he’s done, which has resulted with him being one of the richest MMA fighters.

Here are some of the best highlights of Chael Sonnen’s career:

Now that he’s retired, Sonnen can focus more on his next career as a promoter and a media member.

He won’t be getting into the ring with the likes of Michael Bisping or Chuck Liddell anymore, but remains a prominent figure in the sport.

Chael Sonnen is certainly not afraid to say what’s on his mind and has been labeled as one of the most outspoken UFC fighters in the world.

Sonnen’s opinions have been seen as controversial by some, but he’s certainly not considered boring thanks to his soundbites.

Here are our favorite quotes from Chael Sonnen:

You don’t get to be the richest MMA fighter of your time without learning how to get your way through the system like Chael Sonnen.

Sonnen was not only one of the best fighters in the world, but he was also one of the most charismatic and has provided the public with a lot of real life knowledge.

Now that you know all about Chael Sonnen’s net worth, there’s much to learn from the former UFC championship contender.

Here are some of the best success lessons to learn from Chael Sonnen:

It can be a pretty empty feeling when you don’t accomplish what you had set out to achieve, but it’s not the worst feeling.

According to Sonnen, the worst feeling is knowing that you didn’t give it your all and then underperform.

If you’re truly trying your hardest, you can at least take solace in the fact that you did the best you could, whether going for a promotion or even the UFC Light Heavyweight Championship.

Chael Sonnen knows that the best way to make money in the UFC is to have a long list of people that want to see you lose.

Even if he was ultimately defeated, Sonnen was one of those guys that made big money by having millions watch him, hoping that he’d tap out.

Sonnen was confident in his abilities and exuded that confidence with a microphone in front of his face, and it made him a UFC Hall of Fame member regardless of his record.

Chael Sonnen says that the only way that you can improve is to put yourself in conditions that you’re least comfortable with.

He would often wake up early and go for a run despite hating being up before the sun, and would work out in snowy conditions.

Getting out of his comfort zone made Sonnen one of the toughest fighters in the world at the time, and he became one of the top names in the Ultimate Fighting Championship because of it.

Though he didn’t win a title while with the UFC, Chael Sonnen remains one of the biggest names in mixed martial arts.

Sonnen became an analyst for ESPN following his retirement, keeping himself in the limelight and making money.

Now, Sonnen continues to pull in fans by running his own submission wrestling promotion that he hopes one day finds the same level of success as the UFC.

As of February 2023, Chael Sonnen’s net worth is estimated to be $10 Million.

What do you think about Chael Sonnen’s net worth? Leave a comment below.