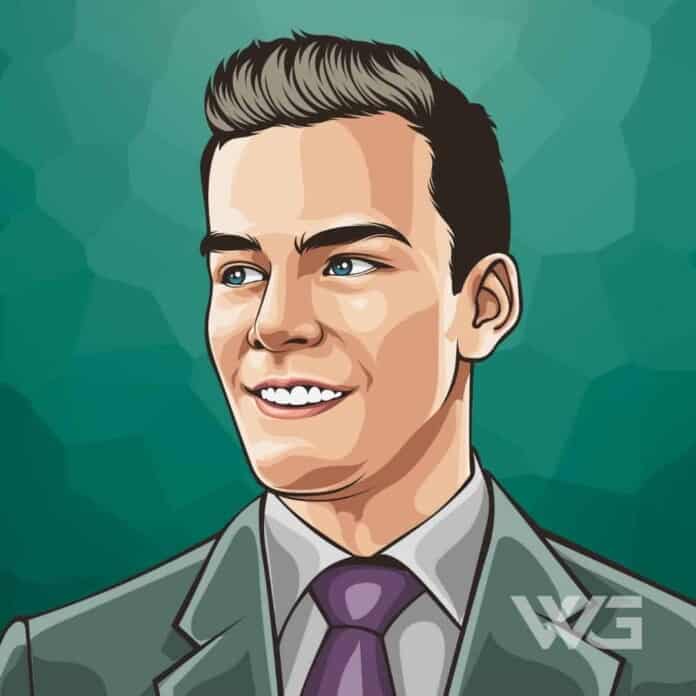 What is Ryan Serhant’s net worth?

Ryan Matthew Serhant was born on the 2nd of July, 1984, in Houston, Texas. Serhant credits his father John Serhant, Vice Chairman of State Street Global Advisors, for teaching him to work hard at a young age.

This first entrepreneurial experience taught Serhant the value of hard work and earning a dollar. Serhant spent most of his summers with his family in Steamboat Springs, Colorado, where he nurtured his interest in theater and arts, attending Perry-Mansfield Performing Arts School & Camp.

In 2007, after a year of participating in stock photo shoots to pay rent, Serhant landed his first role as Evan Walsh on the soap opera As the World Turns. When his acting career slowed, he turned to hand modeling, posing for products including AT&T phones and Nespresso pods.

The following year, against the backdrop of the Lehman Brothers bankruptcy and the sub-prime mortgage industry collapse, Serhant ventured into the New York real estate market. He initially earned his real estate license as a means of supporting himself while auditioning for acting roles in lieu of bartending.

In 2010, following his success as sales director at 99 John Street, Serhant auditioned for the Million Dollar Listing New York (MDLNY) reality show and was cast as one of three real estate agents featured on the show. The first episode of “MDLNY” aired on Bravo in 2012.

In 2018, the week of his 10-year anniversary in real estate, Serhant debuted his first book, Sell It Like Serhant: How to Sell More, Earn More, and Become the Ultimate Sales Machine which became a best-seller on the New York Times, Wall Street Journal, and Los Angeles Times book lists.

Here are some of the best highlights of Ryan Serhant’s career:

“I became addicted to the idea that the harder I would work, the better I could do, whereas when I was acting I would work my but off for three months, I would go to every audition, I’d be out there as much as possible and all I was doing is spending money. It is just a numbers game, but I was happy doing real estate. It just kind of steamed roll from there.” – Ryan Serhant

“For rejection, sure! I spent a lot of time in my life doing theatre and acting classes while becoming different characters. When you study acting you are not just memorizing lines.” – Ryan Serhant

“One day you become a dog, the next day you born again and so on. It really teaches you to listen, it teaches you to be a very open person and in real estate, if you want to be successful you have to be able to connect with you and with others. I have to become whoever I need to be in order to sell “that product”. – Ryan Serhant

“Selling my body! (laughs). I think listening to fear is a really important thing. A lot of people get afraid of things and they don’t listen to it. They just sort of let it take over, but you’ve got to fight it.” – Ryan Serhant

Now that you know all about Ryan Serhant’s net worth, and how he achieved success; let’s take a look at some of the lessons we can learn from him:

1. Build a Business For The Next 50 Years, Not Just For Today

Too many entrepreneurs focus on quick wins, but not sustainable growth. Focus on building a sustainable business and on long-term relationships, not just today.

Ryan originally tried to make it as an actor, and later a hand model (no, his career didn’t go the way of George Costanza’s hand modeling career), but failures in these domains forced him to find a new passion, which he did in real estate.

Just because you can’t make a living doing what you love right now, it doesn’t mean you can’t find something else to live that will actually pay you.

3. Adversity Is a Speedbump, Not a Brick Wall

When Ryan had his debit card declined at the Food Emporium 10 years ago, he didn’t treat it like a brick wall. He focused on what he did have — such as his health and drive — and pledged to turn things around, which he did by becoming a multi-million dollar real estate broker, TV star and author.

How much is Ryan Serhant worth?

Ryan Serhant’s net worth is estimated to be $30 Million.

How old is Ryan Serhant?

How tall is Ryan Serhant?

Ryan Serhant is an American actor, real estate agent, and reality star who is ranked #15 out of 100 of the most successful real estate brokers in New York. He sold over $100 million in property in his first two years as a broker.

What do you think about Ryan Serhant’s net worth? Leave a comment below.