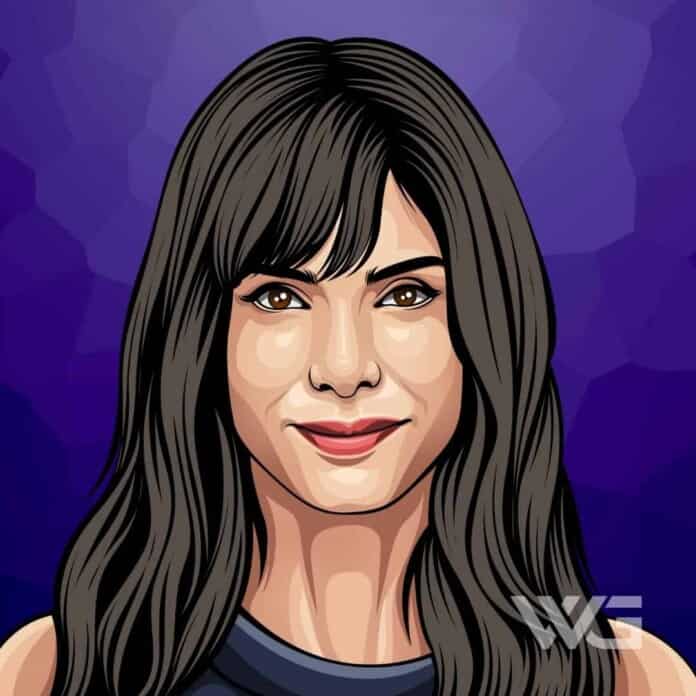 What is Sandra Bullock’s net worth?

As of November 2022, Sandra Bullock’s net worth is approximately $250 Million.

Sandra Bullock is an award-winning actress who has worked on numerous highly successful films, including ‘Miss Congeniality’, ‘Gravity’, ‘The Blind Side’, ‘The Heat’, and many more.

This American actress has dedicated her entire life to show business and is one of the most famous and influential pop culture icons in Hollywood.

Her mother was an opera singer and professional vocal coach, and at a young age, Sandra began performing in some of her mother’s operas which sparked her love for entertainment.

She attended Washington Lee high school and was an active cheerleader and regularly participated in stage productions. After graduating from high school in 1982, she continued her studies at East Carolina University.

Although she was in college to study acting, Sandra realized that she wanted to pursue her acting career sooner rather than later and dropped out of college to move to New York in 1986.

In New York, she went to the Neighborhood Playhouse Theatre for acting lessons.

At the beginning of her career, she made several appearances in small student films and suddenly got noticed after her performance in a stage production of ‘No Time Flat.’ Her first debut as a Hollywood film actress was in 1987 in ‘Hangmen.’

Through the late 80s and early 90s, Bullock starred in many other box office hits, including ‘Love Potion No. 9’, ‘Fire on the Amazon,’ ‘Practical Magic’, ‘Hope Floats’, and ‘The Things Called Love.’ But her career really took off when she appeared in the action film ‘Speed’ in 1994, by the side of Keanu Reeves.

1996 brought along her film adaptation of the novel ‘A Time to Kill’ where she was cast along with Kevin Spacey, Oliver Platt, and Samuel L Jackson.

In 1997 she returned to the role of Annie Porter for ‘Speed 2: Cruise Control’ (with Keanu Reeves again), and in 2000 she starred in the award-winning film ‘Miss Congeniality.’

In 2000 she was part of the film ‘Crash’, and in 2009 she played one of her most memorable roles in the film ‘The Blind Side’. Since then, she has appeared in several other films, including ‘The Heat’, ‘Gravity’, ‘All About Steve’, ‘Ocean’s 8’ and many more. Her most recent acting projects include such movies as ‘Bullet Train’ with Brad Pitt and ‘The Lost City’ with Channing Tatum.

Apart from being an actress, Sandra Bullock works as a television and film producer. She established her own production company Fortis Films, responsible for some of her famous movies like both parts of ‘Miss Congeniality’, ‘Hope Floats’, ‘Two Weeks Notice’ and the recent ‘The Lost City’. What’s more, Fortis Films have produced a funny TV series – ‘George Lopez’.

Here are some of the best highlights of Sandra Bullock’s career:

While filming ‘Love Potion No. 9’, Sandra Bullock met Tate Donovan, who she fell in love with – they were even engaged, but their relationship finished after just three years. Then, she was with Troy Aikman, a famous football player, and two Hollywood actors – Matthew McConaughey and Ryan Gosling.

On July 16, 2005, Sandra Bullock married Jesse James – the ‘Monster Garage’ host and a motorcycle builder. They were raising James’ daughter from his previous marriage together. However, there was a scandal in March 2010 because it turned out there were a few women claiming to have had affairs with James when he was married to Sandra Bullock. Soon after that, James reacted to those allegations and publicly apologized to Bullock. Despite his apologies and checking into a rehabilitation facility, they did not manage to save their marriage – Bullock filed for divorce in April, 2010. It was finalized just two months later.

During this divorce, there was an adoption process going on (started together with Jesse James), and Sandra Bullock decided to proceed with it as a single parent. She managed to adopt a son, and a few years later, she also adopted a daughter.

Nowadays, she is in a relationship with photographer Bryan Randall – they started dating in 2015.

Unfortunately, this American actress experienced stalking issues several times. First, she was stalked across a few states by a man called Thomas James Weldon in 2002. He got a restraining order in 2003, which was later renewed in 2006. He also got checked into a mental institution but soon after his release, he traveled across the country to stalk Bullock again, which resulted in another restraining order filed against him.

The second case of stalking took place in April 2007 when a woman called Marcia Diana Valentine was found outside the real estate Sandra Bullock and Jesse James owned in Orange County, California. James confronted her and she got into the car and tried to run over him. This obsessed fan of Sandra Bullock was taken to court and charged with both stalking and aggravated assault. Valentine got a restraining order as well, and she was considered guilty of both felonies.

But that was not the end of Sandra Bullock’s stalking problems – a man named Joshua James Corbett broke into her house in June 2014. She locked herself in a room and called for help. Corbet was sentenced to five years probation for this incident. However, he missed a court date, and when police officers came to his place, he refused to leave and said he would kill the officers. A SWAT team was called then after trying to get to Corbett, they found him dead – the man killed himself.

“There’s no race, no religion, no class system, no color – nothing – no sexual orientation, that makes us better than anyone else. We’re all deserving of love.” – Sandra Bullock

“I’ve made peace with the fact that the things that I thought were weaknesses or flaws were just me. I like them.” – Sandra Bullock

“Stop being scared of the unknown, because anything I worried about didn’t happen. Other stuff happened. The unknown, we can’t do anything about.” – Sandra Bullock

“I’ve been trying to find the word that says what I need to be in life. ‘Brave’ is the only word. It’s the only thing that I ask myself to be.” – Sandra Bullock

3 Rules for Success from Sandra Bullock

Now that you know all about Sandra Bullock’s net worth, and how she achieved success; let’s take a look at some of the lessons we can learn from her:

Stand up for what you believe in. Never lose sight of who you are, and stay true to yourself. Sometimes you will have to walk alone and not with the rest of the crowd, and that takes courage.

3. No one is perfect

Everyone makes mistakes, but that does not define who they are. Perfection is what some people strive for, but it is not realistically attainable.

How much is Sandra Bullock worth?

Sandra Bullock’s net worth is estimated to be $250 Million.

How old is Sandra Bullock?

How tall is Sandra Bullock?

Yes. As her mother was from Germany and the actress spent the majority of her childhood in this country, she speaks fluent German. She has proven it in many interviews so far.

Yes, Sandra Bullock has been involved in philanthropy several times. For instance, she publicly supported the American Red Cross and made a few huge donations to this organization. She also supported the victims of the 2004 Indian Ocean earthquake and tsunamis.

Apart from that, Bullock donated $1 million to help deal with the effects of Hurricane Harvey, which hit Texas in 2017 and supported many other charities. When she helped the victims of Hurricane Katrina, she even got the Favorite Humanitarian Award at the 39th People’s Choice Awards

Has Sandra Bullock won an Oscar?

Yes, Sandra Bullock was awarded an Oscar for her outstanding performance in ‘The Blind Side’ in 2010. She was also nominated to this movie award in 2014 for her role in ‘Gravity’, but it was Cate Blanchett who got it then, for ‘Blue Jasmine’. Those distinctions certainly increased Sandra Bullock’s net worth!

Bullock was appearing in TV series mostly at the early stage of her career. Her last role in a show like this was in 2004 – she played a recurring character on ‘George Lopez’ but she mostly worked on this series as a television producer.

Sandra Bullock is one of the most iconic and influential actresses in the Hollywood history. She starred in huge Hollywood productions along with such movie stars as Keanu Reeves, Nicole Kidman, Sylvester Stallone and Wesley Snipes. She has appeared in numerous commercially successful films and has won many prestigious awards for her acting skills, including an Oscar. Also, she worked as an executive producer for many of her movies and the TV series ‘George Lopez’.

As of November 2022, Sandra Bullock’s net worth is approximately $250 Million.

What do you think about Sandra Bullock’s net worth? Leave a comment below.