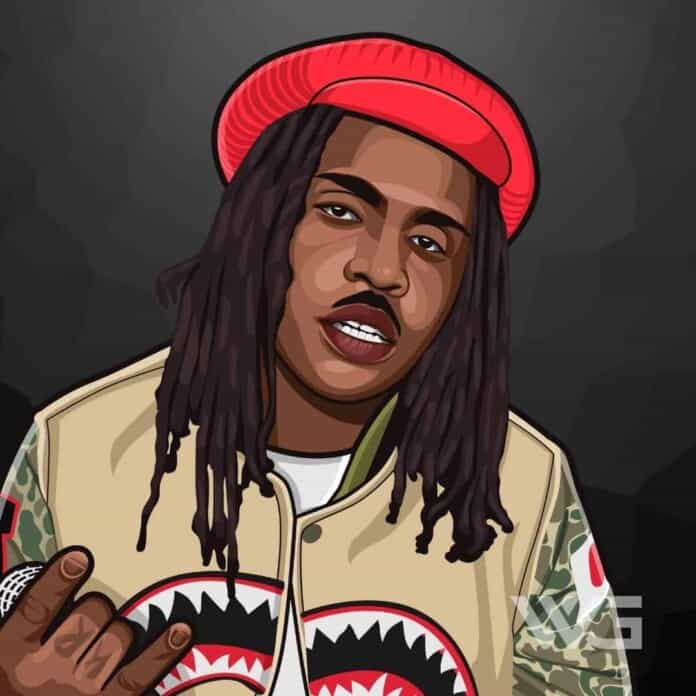 What is Chief Keef’s net worth?

Keef’s music became popular during his teen years in early 2010. Keef released one of his most popular singles, ‘I Don’t Like’ in 2012, which later was remixed by rapper Kanye West. The song reached the Billboard Rap Top 20.

As of December 2022, Chief Keef’s net worth is estimated to be $1 Million.

Cozart attended Dulles Elementary school, and eventually, he got bored at school and dropped out when he was 15 years old to pursue a full-time career in rapping and music.

Keef first gained notice when he released mixtapes as a teenager, such as ‘The Glory Road’ and ‘Bang.’

He then began to upload tracks to his YouTube account. One of the songs he uploaded, ‘I Don’t Like,’ became a major hit and helped start the new subgenre known as “Drill.”

Following this success, he became a well-established artist with many record labels fighting to sign him. Keef later signed a deal with Interscope Records and released his debut studio album ‘Finally Rich.’ In 2013, he worked with rapper Kanye West on the track ‘Hold My Liquor.’

Over the years, this artist has started releasing fewer and fewer mixtapes and tracks. He even announced that he was retiring in 2015. However, he would continue to work with several high-profile artists, and in 2019, he revealed that he was planning to release “Almighty So 2.”

How Does Chief Keef Spend His Money?

Time to find out how Chief Keef spends his money now that he is “finally rich”. Keef is a real spender, and he likes to make sure to have a lavish lifestyle.

Chief Keef loves to travel in style. When he travels, he travels in a private jet in all Louis Vuitton. Private jets cost anywhere from $5 million to $150 million.

Chief Keef is a proud owner of a home on Star Island. The estimated cost of the mansion is $10.5 million to $35 million. He has also bought a house for his mother and grandmother.

Keef has many Jordans in his shoe collection; in fact, he has almost all of them.

Here are some of the best highlights of Chief Keef’s career:

“I used to know how to draw and do art. When I was 7 years old, I learned how to draw. I stopped when I was about 10 or 11 and started going into the streets, tripping. That’s why I still love art to this day. I love art and don’t know how to do it anymore. I can color. It’s a way to express myself through pictures, pictures of me, all pictures of me. I love art.” – Chief Keef

“From all the unnecessary trouble, drama, problems, I came out here to where it’s better life-wise, living. It’s better out here than Chicago because I get in so much trouble. It’s crazy, but I like living out here. I think it improved me and changed me to stay and go somewhere bigger from here.” – Chief Keef

“I’m glad to be someone that people listen to and look up to. I’m glad that I can help change the situations and the scenery in Chicago… and I love my city still, but it is crazy.” – Chief Keef

“Fake Gucci, that’s that s**t I don’t like. Smoking on this dope, higher than a kite. This bitch gon’ love me now, she gon’ let me the pipe. Screaming Sosa, that’s that n***a that I like.” – Chief Keef

“I don’t want relations, and I want one night. Cause a thirsty bitch, that’s the s**t that I don’t like. I got tats up on my arms cause this s**t is life. And I stunt so much in clothes, cause I’m living life.” – Chief Keef

Now that you know all about Chief Keef’s net worth and how he achieved success; let’s take a look at some of the best lessons we can learn from him:

1. Look At The Stars

We are all in the gutter, but some of us are looking at the stars.

2. Everything Will Be Okay

Believe that the world will sort itself out in the end. Believe it. At least none of us will be around to be proven wrong.

Everybody tries to skateboard, referring to rappers like Lil Wayne and Lupe Fiasco. It’ll be cool. It’s a hobby.

How much is Chief Keef worth?

Chief Keef’s net worth is estimated to be $1 Million.

How old is Chief Keef?

How tall is Chief Keef?

Chief Keef is credited by many for pioneering so-called “drill” sub-genres of hip-hop music. Keef has made an amazing impact on the hip-hop world.

He released his debut album in 2012 and achieved instant success with singles including ‘I Don’t Like’ and ‘Love Sosa.’

As of December 2022, Chief Keef’s net worth is estimated to be $1 Million.

What do you think about Chief Keef’s net worth? Leave a comment below.