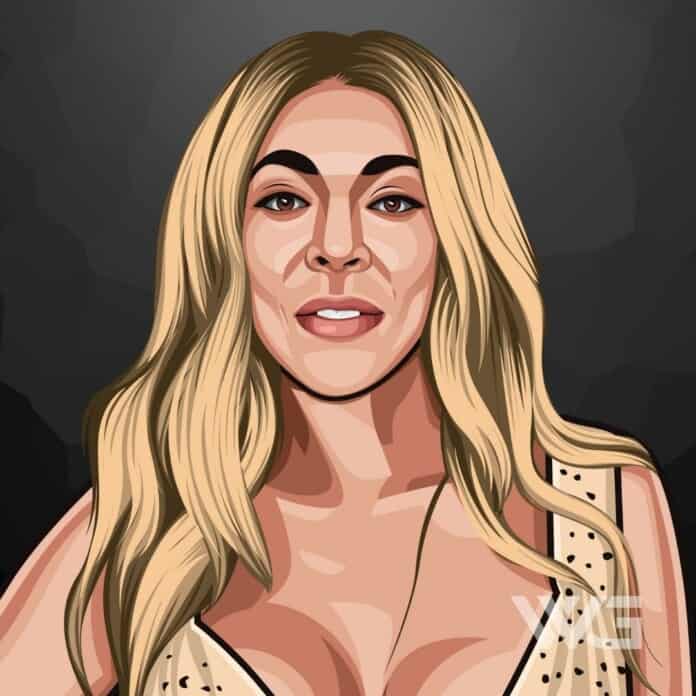 What is Wendy Williams’ net worth?

Williams has hosted the popular television talk show ‘The Wendy Williams Show’ since 2008. She became known as a radio DJ in New York as a “shock jockette.”

In 2006, she gained notoriety when she starred in the reality television series ‘The Wendy Williams Experience.

In 2009, she was inducted into the National Radio Hall of Fame.

As of December 2022, Wendy Williams’ net worth is estimated to be roughly $20 Million.

Wendy Joan Williams was born on the 18th of July, 1964, in New Jersey. Wiliams is the second child of three born to Thomas and Shirley Williams.

When Williams was 5 years old, she moved with her family to New Jersey. She graduated from Ocean Township High School. Between the years 1982 to 1986, she attended Northeastern University in Boston.

In 1992, Williams first appeared on television in the series ‘Martin.’ She then hosts the show ‘Good Day New York’ in 2007.

The following year, she started to host her own talk show, ‘The Wendy Williams Show.’ After a successful run, fox continued to broadcast the show nationally.

In 2010, BET started airing the show internationally in 54 countries. She next appeared in the soap opera ‘One Life to Live.’ In 2011, she also appeared as a contestant in ‘Dancing in the Stars.’ The same year, she also hosted the game show ‘Love Triangle.’

After this, Williams began to launch her own television production company ‘Wendy Williams Productions’.

In 2014, she served as an executive producer of ‘Celebrities Undercover and Aaliyah: The Princess of R&B.’ In 2015 the documentary ‘Death By Gossip with Wendy Williams’ had premiered.

Williams is a seven.-time New York Times best-seller, and she has published many books including ‘Wendy’s Got the Heat,’ ‘The Wendy Williams Experience,’ ‘Hold Me in Contempt: A Romance’ and ‘Ask Wendy: Straight-Up Advice for All the Drama in Your Life.’

How Does Wendy Williams Spend Her Money?

Wendy Williams is one of the richest hosts in the industry, which explains her massive net worth. Williams likes to follow a lavish lifestyle, and down below, we will show you how she spends her millions.

In Williams’ car collection, we can see cars that include an Aston Martin v12 Zagato, a Bentley, and a Mini Cooper S.

Williams has a massive collection of fashion designer shoes. In her collection, we can see brands from top designers such as Jimmy Choo, Alexander McQueen, and Christian Louboutin. She owns many expensive handbags as well. Some of her handbags include Hermes, Birkin, and Chanel.

Williams has a huge collection of jewelry as well. One of her most notable pieces of jewelry is a huge diamond ring.

Here are some of the best highlights of Wendy Williams career:

“I am a Beyonce fan. I’m gonna watch her upcoming documentary because fortunately, one of the TVs in our kitchen has closed captioning, so I’ll be able to understand what she says. You know Beyonce can’t talk. She sounds like she has a fifth-grade education.” – Wendy Williams

“Being on TV in front of people is a lot different than sitting in a dark room with a microphone. When I had my radio show, I was on four hours a day for 20-something years. If you put a live microphone in front of Mother Teresa for that amount of time, she’d piss somebody off.” – Wendy Williams

“I love the confidence! Respect what you have to say, but I’m not listening to you, and your opinion is not affecting me. I am a 49-year-old woman. Don’t tell me! That’s what I love!” – Wendy Williams

“I’m where I’m supposed to be. In that purple chair, by myself, yip yapping. I wanted to be a newscaster or a radio broadcaster since I was six years old. When I went to college, I majored in communications. When I touched a microphone, I fell in love.” – Wendy Williams

“I didn’t have the easiest childhood, and I was never the popular girl in school growing up. I was always the lone black girl or the lone fat girl, or the long tall girl, which has made me more compassionate to all people. It also gave me the drive and ambition to go after my dreams in a big way.” – Wendy Williams

Now that you know all about Wendy Williams’ net worth and how she achieved success; let’s take a look at some of the best lessons we can learn from her:

People say a lot of mess about celebrities. In the social media world, celebrities can go online and see nice things and horrible things written about them – but these people on the Internet wouldn’t have the guts to say it to their face.

It’s not how you fall or how low you go in life, but if you can get yourself up and set an example for even one person, then you’ve done your job.

How much is Wendy Williams worth?

Wendy Williams’ net worth is estimated to be $20 Million.

How old is Wendy Williams?

How tall is Wendy Williams?

Wendy Williams is a well-established TV host and actress who is best recognized for hosting the talk show ‘The Wendy Williams Show.’

She has also served as a radio DJ, and she first became popular in New York as a shock jockette. She is also a successful author and has written six books. Williams has also launched many product lines, including a jewelry collection and a fashion line.

As of December 2022, Wendy Williams’ net worth is roughly $20 Million.

What do you think about Wendy Williams’ net worth? Leave a comment below.

Malcolm Brogdon is a current National Basketball Association player for the Boston Celtics and former Rookie of the Year.