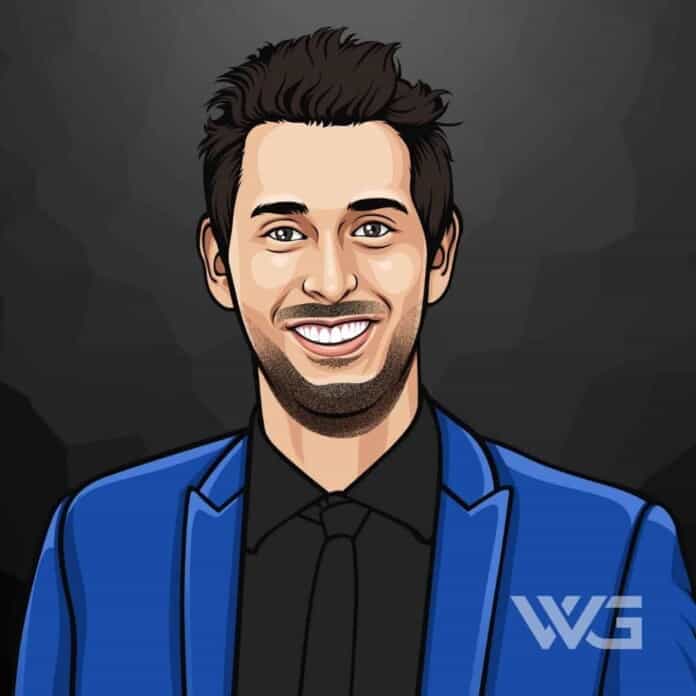 What is Blake Harrison’s net worth?

As of December 2022, Blake Harrison’s net worth is estimated to be roughly $18 Million.

Blake Harrison is an English actor from London. He is best-known for playing Neil Sutherland in the BAFTA-winning E4 comedy ‘The Inbetweeners’.

Blake Harrison Keenan was born on the 22nd of July, 1985, in London. Harrison’s other television work includes the BBC Three Comedy Way to Go and Him & Her, Comedy Central’s Big Bad World, The Bleak Old Shop of Stuff, and The Bill.

Harrison also starred in both seasons of ‘The Increasingly Poor Decisions of Todd Margaret’, created by David Cross.

Harrison came to the limelight in 2008 with his performance in the British coming-of-age sitcom television series ‘The Inbetweeners’. During the early rounds of audition for ‘The Inbetweeners’, he was focused on landing the role of the hopeless romantic Simon Cooper because he believed the character to be close to his real-life personality.

In 2008, Blake Harrison also appeared in two episodes of the police procedural drama series ‘The Bill’. He made his movie debut in Yoav Factor’s 2010 film ‘Reuniting the Rubins’. In the same year, he also appeared in the comedy series ‘Schizo Samurai Shitzu’.

In 2012, he debuted on West End in Trafalgar Studios’ production of ‘Step 9 of 12’. His character, Keith, a recovering alcoholic, has to make amends with people he had hurt while he was drinking as part of the Alcoholics Anonymous program. According to Harrison, he drew on personal experience with addicts to portray the character

He performed in a production of ‘End of the Pier’ in 2018, at the Park Theatre in West End, London. He has also acted in the White Bear Theatre’s ‘The Accidental Lives of Memories’.

Since 2015, he has lent his voice to Scoop, a yellow backhoe digger and the leader of Bob’s machines, on Channel 5’s ‘Bob the Builder’. In ITV’s crime-drama series ‘Prime Suspect 1973’, he worked with Stefanie Martini and Sam Reid.

Here are some of the best highlights of Blake Harrison’s career:

“Growing up in Peckham and New Cross in the 90s, I felt like I had to be quite vigilant. My mum grew up in Brockley and my dad grew up in Deptford and little things stay with you – it was always like, don’t be an easy target. Don’t leave that there, someone might nick it.” – Blake Harrison

“Having said that, driving past the Toys R Us on the Old Kent Road, you think about when you’ve had a birthday and you’ve saved a bit of money to get a computer game or a Power Ranger or whatever – and it does fill you with a little bit of fondness and nostalgia.” – Blake Harrison

“I’ve got a brother four years younger and he’s got a real fondness for Peckham. But he was tougher than me, and he was very good at football – so he had all the attributes he needed to get by and be cool – whereas jazz hands didn’t go down too well on the estate.” – Blake Harrison

“A lot of people go to work and it’s the same every day. It’s exciting working with new people and getting your teeth into characters that are different from what you’ve done before. I was a massive comic book geek as a kid and a huge Buffy fan, so I’d like to tick something like that off the list – but ultimately, as long as I’m playing a mix of characters, I’ll be happy.” – Blake Harrison

Now that you know all about Blake Harrison’s net worth, and how he achieved success; let’s take a look at some of the lessons we can learn from him:

Do not fear failure but rather fear not trying.

Do not let the memories of your past limit the potential of your future. There are no limits to what you can achieve on your journey through life, except in your mind.

3. Wake Up and Stay Positive

Start each day with a positive thought and a grateful heart.

How much is Blake Harrison worth?

Blake Harrison’s net worth is estimated to be $18 Million.

How old is Blake Harrison?

How tall is Blake Harrison?

Blake Harrison is an English actor and director, who became famous after portraying Neil Sutherland in the BAFTA-winning E4 comedy show ‘The Inbetweeners’.

What do you think about Blake Harrison’s net worth? Leave a comment below.