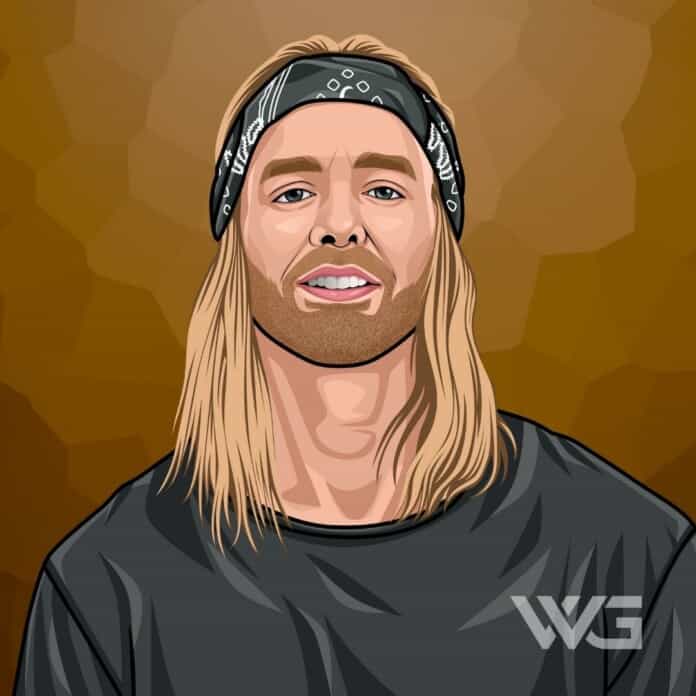 What is Will Sparks’ net worth?

Will Sparks is an Australian producer and DJ from Melbourne.

Sparks is best known for his 2013 single ‘Bring It Back’ with Joel Fletcher and his 2014 single ‘Ah Yeah So What!’ featuring Wiley and Elen Levon.

He is a master at production, and he has worked with many well-established artists in the music industry.

As of February 2023, Will Sparks’ net worth is estimated to be $2 Million.

William James “Will” Sparks was born on the 15th of March, 1993, in Camberwell, Australia.

He attended Camberwell High School and Caulfield Grammar in Melbourne but dropped out at the end of year 11 to pursue a musical career.

His debut EP, Another Land, was released in Australia and debuted at number 35 in December 2014.

His debut EP was released in Australia and debuted at number 35 in December 2014. Sparks has toured America, Europe, and Asia and has headlined festivals such as TomorrowWorld, Tomorrowland, Stereosonic, and Future Music Festival.

His remix of ‘Hello’ by Stafford Brothers feat. Lil Wayne & Christina Milan reached #1 on the electro-house Beatport charts earlier this year, and his own single ‘Ah Yeah’ shot right up to #3 on the Top 10 Beatport charts.

Sparks’ productions ‘Chemical Energy’, ‘Phoenix,’ and ‘Okay’ and his remixes of ‘Long Night’ and ‘Dope Shit’ also made it into the Top 20 electro-house Beatport charts.

He was named No. 1 Australian DJ in 2014. The same year, Sparks partnered with Electronic Music lifestyle brand Electric Family to produce a collaboration bracelet for which 100% of the proceeds are donated to Beyond Blue.

Beyond Blue is working to reduce the impact of anxiety, depression, and suicide in the community by raising awareness and understanding, empowering people to seek help, and supporting recovery, management, and resilience.

As of February 2023, Will Sparks’ net worth is estimated to be roughly $2 Million.

How Does Will Sparks Spend His Money?

Sparks spends a significant portion of his salary on real estate, owning a $2.35 million house in Brisbane, Australia.

The home includes five bedrooms, and four bathrooms, and was designed and built by Graya Construction.

Since the DJ and his girlfriend don’t spend much time in Brisbane anymore, this home is now being rented out at $2200/week, according to The Daily Mail.

Here are the best highlights of Will Sparks’ career:

Favorite Quotes From Will Sparks

“I haven’t changed at all, really. I’m only humbled and so grateful that my craft actually made it somewhere. The biggest reward is the fact that I make people happy through my music. I’ve grown to only have respect and try help other young talents get where they deserve.” – Will Sparks

“I’m a free agent! I don’t believe in contracts to labels. It’s so toxic. The future of Bourne is to be the search for young talent that needs to get recognized.” – Will Sparks

“A full day of heavy tonnage. KSHMR’s show is going to blow people’s minds. Pretty sick it’s only 1 stage too: you don’t have to move, and you won’t lose your mates.” – Will Sparks

“That is a huge compliment for me. I’m always trying to break the boundaries, do things differently and challenge the same old rules that dance music is held back by. The darker and grittier the better!” – Will Sparks

“100%. Not being exclusive or tied down to one label helps this a lot. Some labels want a certain sound, so for someone that is very versatile, this is the perfect scenario for me.” – Will Sparks

“For sure, I could never stay in one lane and make the same music forever. As technology evolves, so do I. The more you do something, the further you better yourself.” – Will Sparks

3 Motivational Lessons From Will Sparks

Now that you know all about Will Sparks’ net worth and how he achieved success; let’s take a look at some of his best lessons that we can learn from him:

If you can do what you love for a living, life will be a lot less stressful and a hell of a lot more fun.

Never be too proud to ask for help.

How much is Will Sparks worth?

Will Sparks’ net worth is estimated to be $2 Million.

How old is Will Sparks?

How tall is Will Sparks?

Will Sparks is an incredible DJ and producer from Melbourne, quickly rising on the electronic dance music horizon. Being hugely successful on his home turf, the young talent is now looking to take over the global EDM scene.

Sparks SoundCloud page stands as a testament to his phenomenal influence as a producer, racking up millions of plays on a single release alone, and his countless original productions have spent weeks inside the Beatport top 10.

As of February 2023, Will Sparks’ net worth is estimated to be roughly $2 Million.

What do you think about Will Sparks’ net worth? Leave a comment below.

What is April Ross' net worth? Introduction  As of ,...