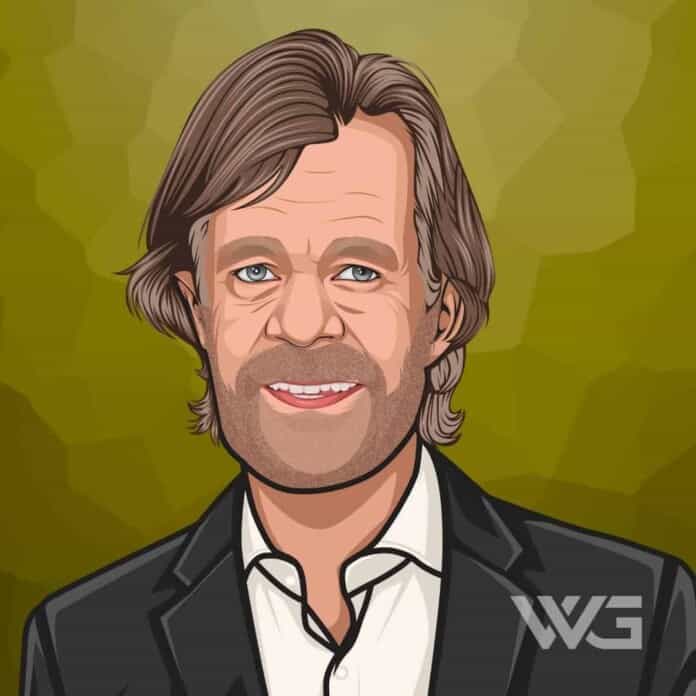 What is William H. Macy’s net worth?

William H. Macy is an American actor and director.

Macy’s film career has been built on appearances in many action and comedy films. Macy has won two Emmy Awards and four Screen Actors Guild Awards.

He has also received a nomination for the Academy Award for “Best Supporting Actor” for his performance in the film ‘Fargo’. He has portrayed Frank Gallagher in the television series ‘Shameless’ since 2011.

In 1968, Macy graduated from Allegany High School in Maryland. He went on to Bethany College in West Virginia, where he studied veterinary medicine. He ended up transferring to Goddard College, where he studied under playwright David Mamet.

After graduating, Macy got minor movie roles in ‘American Buffalo’ and ‘The Water Engine’. He spent time in Los Angeles before he moved to New York in 1980. Living in New York, he started to receive roles in over 50 Off-Broadway and Broadway plays.

His leading role in the film ‘Fargo’ helped him to gain a lot of attention. His work on ‘ER’ and ‘Sports Night’ has also been recognized with Emmy nominations.

In 2007, Macy starred in ‘Wild Hogs,’ a movie about middle-aged men reliving their youthful days driving around on their Harley-Davidson motorcycles. The film was a financial success grossing over $168 million.

His breakthrough came in 2010 when he joined the Showtime pilot ‘Shameless’ as Frank Gallagher. The series became a massive success worldwide and had its first season premiere on the 9th of January, in 2011.

In 2015, Macy had a small role as “Grandpa” in the movie ‘Room’ which was nominated for the Academy Award for “Best Picture”.

How Does William H. Macy Spend His Money?

William H. Macy had made most of his fortune from acting. Macy also earns money as a writer, producer, and director. He has directed two episodes of the series ‘Shameless’.

Macy owns a home in Colorado, which he renovated for a lot of money to get it in its best lavish home possible.

Macy is a proud owner of a home in Colorado. After an inspection that the house was in such bad shape, it needed to be torn down and Macy and his wife ended up building a “Hollywood” version of the old house.

William and his wife have some notable cars in their collection. One car that they have been seen in includes a Porsche.

Here are some of the best highlights of William H. Macy’s career:

“The character and the actor in a long-running series slowly become one. I think there must be funny stories about actors who, in the pilot for a TV series, did some weird thing with their eyes, or some speech impediment or something, and the next thing you know, it’s eight years later, and they’re still doing that freaking gag.” – William H. Macy

“I’ve written a lot of scripts that someone else directed, and it’s absolutely vital that, if I’m gonna act in it, then I have to take off the writer hat and let the director direct.” – William H. Macy

“I do love comedy, but I’m not brave enough to tackle a script whose goal is to make you laugh. That’s tough. The ones that can do it, I tip my hat off to them, but I don’t have that kind of humor or mind.” – William H. Macy

“Before I made it big I worked as a dishwasher, washing dishes in this place called Dishwasher House where people could just come in and do whatever they wanted to the dishes and we had to clean them with our hands till they bled. A lot of struggling actors worked there-Downey Jr., Joaquin Phoenix, Damon Wayans, Marlon Wayans, Keenen Ivory Wayans-and we actually all kind of wish we still did.” – William H. Macy

Now that you know all about William H. Macy’s net worth, and how he achieved success; let’s take a look at some of the lessons we can learn from him:

We always want to see people strive and see the human spirit triumph against adversity. That’s what it’s all about because that’s what we’re doing. We’re trying to triumph in our lives.

One’s complete sentences are attempts, as often as not, to complete an incomplete self with words.

3. A Way Of Express Ourselves

Theatre is powerful and it’s a way of expressing ourselves and our feelings, not just acting.

How much is William H. Macy worth?

William H. Macy’s net worth is estimated to be $45 Million.

How old is William H. Macy?

How tall is William H. Macy?

William H. Macy is an American actor, writer, and director who is best known for his role as Jerry Lundegaard in the movie ‘Fargo’ which earned him an Academy Award nomination.

Macy has more than 130 acting credits to his name. We have seen him in movies such as ‘Boogie Nights’, ‘Wag the Dog’, ‘Mystery Men’, ‘Magnolia’, and ‘The Lincoln Lawyer’. In 2011, he started to portray the role of Frank Gallagher in the series ‘Shameless’ for which h earned five Primetime Emmy Award nominations.

What do you think about William H. Macy’s net worth? Leave a comment below.