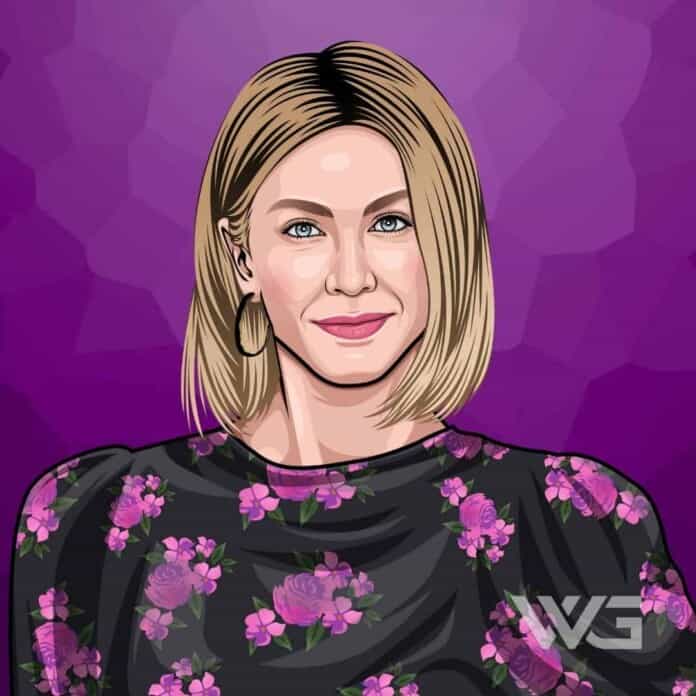 What is Julianne Hough’s net worth?

Julianne Hough is an incredible dancer who has both performed and served as a judge on the popular TV show Dancing with the Stars.

However, aside from her dancing skills, Julianne has branched out to become an actor and singer, starring in numerous films and TV shows, as well as releasing a couple of popular albums.

Given how multi-talented she is, it really isn’t surprising that she’s been so successful.

As of February 2023, Julianne Hough’s net worth is estimated to be $10 Million.

Born in 1988 in Orem, Utah, Julianne Alexandra Hough is the youngest of five children.

Her parents, Bruce and Marianne Hough were Morman, and her father twice served as the chairman of the Utah Republican Party.

Along with her brother Derek Hough, who is also a professional dancer, she has three older sisters, Sharee, Marabeth, and Kathrine.

Julianne’s formal dance training started at the Center Stage Performing Arts Studio in Orem, and she started entering competitive competitions when she was 9.

At 10, when her parents divorced, Julianne and Derek were sent to London and enrolled at the Italia Conti Academy of Theatre Arts.

While Hough’s first acting role as a Harry Potter extra was small, her first leading role came in 2011 in a remake of Footloose, where she played Ariel Moore.

Following the success of Footloose, Julianne was cast as Sherrie Christian in the film adaptation of the Broadway musical Rock of Ages, where she acted alongside Tom Cruise, Malin Akerman, and Catherine Zeta-Jones.

In 2006, Hough was one of the Million Dollar Dancers on the ABC game show Show Me the Money, and by 2007 she had won season four of Dancing with the Stars with her partner Apolo Ohno.

Julianne took a break from the show in 2008 to focus on her music, but she did return for season eight, though she ended up taking sixth place.

However, her appearances on the show landed her a spot as a judge, which she held from 2014 until 2017.

In 2008, she released her self-titled album, which debuted at number one on the Top Country Albums chart and reached number three on the Billboard 200.

In 2022, Houghs made her Broadway debut in POTUS: Or, Behind Every Great Dumbass Are Seven Women Trying to Keep Him Alive, with reviews praising her performance.

While it is unclear exactly how much Julianne Hough’s salary is, we can make a few informed guesses based on the information we can access.

Although Dancing with the Stars states that they renegotiate contracts every season, it’s safe to assume that Julianne made at least $1,600 for every episode while she was starting out on the show and possibly more after winning and returning.

As a judge, she was definitely bringing in much more money, with most estimates placing her per-season salary at $1.2 million.

In 2008, Hough dated fellow country singer Chuck Wicks, and their mutual break up in November 2009 inspired her song “Is That So Wrong.”

Starting in 2010, Hough dated Ryan Seacrest, ending the relationship in 2013, after which she and NHL player Brooks Laich began dating in 2014.

However, in 2020 the couple separated, and despite attempts to reconcile, they filed for divorce, and it was finalized in February 2022.

In a 2019 interview, Hough talks about coming out to her husband at the time, Laich, as being “not straight.” While things ultimately didn’t work out for the couple, Laich was supportive of her sexuality regardless.

Julianne is very active on her official Instagram page, often posting pictures from events and shows.

Throughout her career, Julianne Hough has been on the receiving end of many awards and nominations.

She has also hit a lot of significant milestones that warrant mentioning.

Here are some highlights from Julianne Hough’s career:

How Does Julianne Hough Spend Her Money?

Having millions of dollars at her disposal, Julianne likes to live lavishly, and this is highlighted most by the places she lives.

Her home in the Hollywood Hills cost $2 million, and the interior is filled with luxurious amenities, including a spacious kitchen complete with a library ladder to reach high shelves, a large open living and dining room, an indoor gym, and a garage filled with hanging plants.

Since starting on Broadway, Julianne has traded this home for an elegant living space in New York City.

While we’ve only caught glimpses of the space for photos and videos on her Instagram, we know it comes with a large fireplace, a stunning view, and loads of space.

It may not be one of the most expensive penthouses in the world, but in the heart of NYC, this new apartment certainly didn’t come cheap!

Throughout her career, Julianne has enjoyed a lot of incredible milestones.

Here are some of the best highlights of Julianne Hough’s career:

Julianne Hough may be most well-known for her dance floor moves, but she also has a way with words!

Throughout her career, Julianne has been noted to say many inspirational things, many of which are very inspiring.

Here are our favorite quotes from Julianne Hough:

Now that you know all about Julianne Hough’s net worth, we can look at the unique lessons we can learn from her life and career.

Although not all of us are world-class dancers, there is a lot that this star can teach us.

Here are some of the best success lessons to learn from Julianne Hough:

When trying to become successful, it’s easy to let everything else fall by the wayside until you get burned out and worn down.

It’s important to remember not to neglect your own happiness while working towards your goals and take the time needed to do the things you love.

When trying to be successful, sometimes the big picture is lost behind all the little details, and you forget why you’re working hard in the first place.

Always remember the most important things to you, be it your family, pets, hobbies, or personal goals; that way, you can stay motivated.

Sometimes it is tempting to put on a facade that you think will make people like you more or help advance your goals.

However, success is nothing if you lose the real you along the way, so take care not to let success go to your head, and don’t force yourself to change for anyone or anything.

Julianne Hough is much more than just an amazing dancer; her impressive net worth reflects that.

We expect to see much more from Hough as she advances on Broadway and her wealth continues to increase steadily.

As of February 2023, Julianne Hough’s net worth is estimated to be $10 Million.

What do you think about Julianne Hough’s net worth? Leave a comment below.