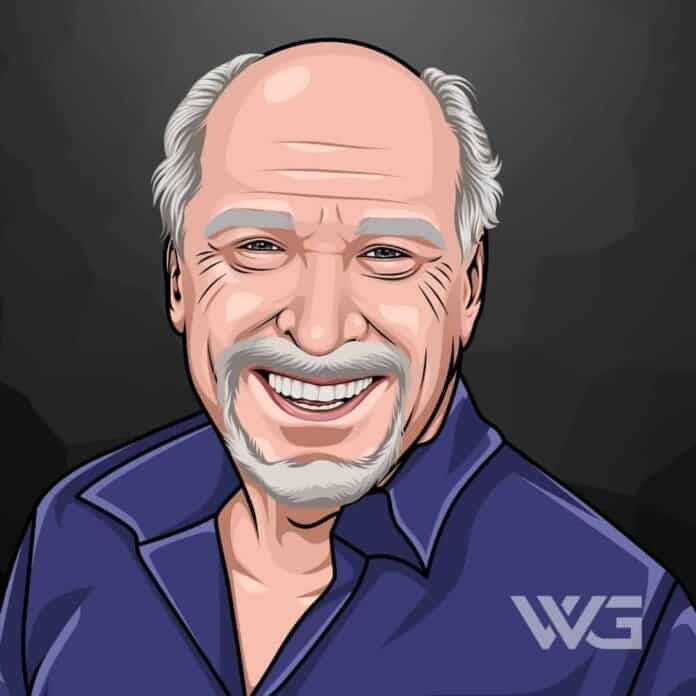 What is Jimmy Buffett’s net worth?

Best known for his island escapism music career, Jimmy Buffett has made a huge name for himself and cultivated a loyal fanbase of dedicated “parrotheads.”

Aside from his music career, Buffet is also a best-selling author and a successful businessman who currently owns the Margaritaville Cafe and the Cheeseburger in Paradise restaurant chains.

However, this success didn’t happen overnight, and Buffet has been working hard to earn his wealth since 1964.

Born on Christmas Day 1946 in Pascagoula, Mississippi, Jimmy Buffett spent a portion of his childhood in Mobile, Alabama, and later in Fairhope, Alabama.

While attending St. Ignatius School, he learned to play the trombone in the school band, eventually transitioning to the guitar during his first year at Auburn University.

His grandfather was the one to introduce him to sailing as a child, and the experience came to influence his music heavily.

However, Buffett also found a lot of inspiration while in Key West, where he worked to perfect his music style to be a combination of country, calypso, pop, and rock.

While in Key West, Buffett also worked for years as the first mate on a yacht owned by industrialist Foster Talge.

Jimmy Buffett recorded his first album as a country artist in 1970, and by 1973 he had already released his third album, A White Sport Coat and a Pink Crustacean, quickly followed by two more albums in 1974.

During the 80s, Buffet made a majority of his money from touring, using this new fortune to open a Margaritaville retail store in 1985 and his Margaritaville Cafe in 1987.

Despite all of this success, it wasn’t until 2003 that he won his first country music award for Vocal Event of the Year due to his duet with Alan Jackson on the song “It’s Five O’Clock Somewhere.”

In 2011, Buffett teamed up with big names like Brad Paisley and Clint Eastwood on a project called Mark Twain: Words and Music, which was released as a benefit for the Mark Twain Boyhood Home and Museum.

While his music career has been amazing, he has also branched out into writing, film, television, and numerous business ventures.

Along with writing many songs for film and TV, he has also had many impressive cameos, including one as “margarita guy” in the Chris Pratt blockbuster Jurassic World.

He has even partnered with Anheuser-Busch to release his LandShark Lager beer brand, and his huge Margaritaville Casino hotel opened in 2013 with two bars, a full restaurant, a coffee shop, a gaming area, and a retail store.

As one of the richest rockstars in the world, Jimmy Buffett makes a lot of money from his music.

This includes royalties paid by music platforms that allow listeners to stream his albums without needing to buy them.

Jimmy Buffett married Margie Washichek in 1969, but the couple divorced shortly after, in 1971.

With his second wife, Jane Slagsvol, he has two daughters, Sarah Delaney and Savannah Jane Buffett, as well as an adopted son, Cameron Marley.

Though the couple separated in the 1980s, they reconciled in 1991 and have remained close ever since.

When not touring, Buffett enjoys spending time on the water, sailing along the East Coast on his private sailboat.

Despite having such a long and storied career, Jimmy Buffet only has a handful of awards under his belt, though they are impressive nevertheless.

Here are some highlights from Jimmy Buffett’s career:

How Does Jimmy Buffett Spend His Money?

Jimmy Buffett has a lot of money, and he knows how to spend it.

Currently, he owns over 20 properties, 8 cars, 6 luxury yachts that are just as impressive as the most expensive yachts in the world, and numerous investments valued at $33 million.

Some of the stocks in his portfolio include Apple, Amazon, Intel, Tesla, and Netflix, each of which gives him outstanding returns.

Along with this, he also uses his money for charitable causes and for investments pertaining to his Margaritaville hospitality company.

Here are some of the best highlights of Jimmy Buffett’s career:

Jimmy Buffett has said many inspirational things throughout his career, but his laid-back personality is always evident.

While it would be impossible to cover all the great things he’s said, we’ve narrowed down some of the best.

Here are our favorite quotes from Jimmy Buffett:

Now that you know all about Jimmy Buffett’s net worth, we can look at some of the lessons this amazing musician can teach us.

Here are some of the best success lessons to learn from Jimmy Buffett:

Jimmy Buffett has built his entire career around being a bit of a beach bum, but that doesn’t mean he didn’t work hard to get to where he is today.

Working hard is important for reaching your goals and finding success, but all work and no play is a sure-fire way to burn yourself out!

No matter what, find time to revel in your victories, no matter how small. After all, it’s five o’clock somewhere, and you deserve a little relaxation after a long day!

It took Jimmy Buffett over 30 years of making music before he received his first award, even after numerous platinum-certified albums and the launch of his successful hospitality business.

While recognition and awards are great, they are not accurate measurements of success.

Chase your dreams because you want to and if you get awarded, consider it as a nice bonus, not the end-all-be-all.

3. Don’t Be Afraid to Branch Out

Many people think that to become successful, you need to specialize in one specific thing.

However, Jimmy Buffett proves that branching out can be one of the best things you can do.

Despite starting as a musician, Buffett has branched out to become an author, actor, and businessman.

While this doesn’t mean you should start writing your own book, it does mean that you shouldn’t be afraid to try your hand at new ventures because they could end up being your next big break!

Jimmy Buffett is one of the most easy-going millionaires in the world, but his incredible success makes him stand out from everyone else.

Buffett has tapped into a unique niche and made it his own, something that has made him remarkably successful and well-known.

What do you think about Jimmy Buffett’s net worth? Leave a comment below.