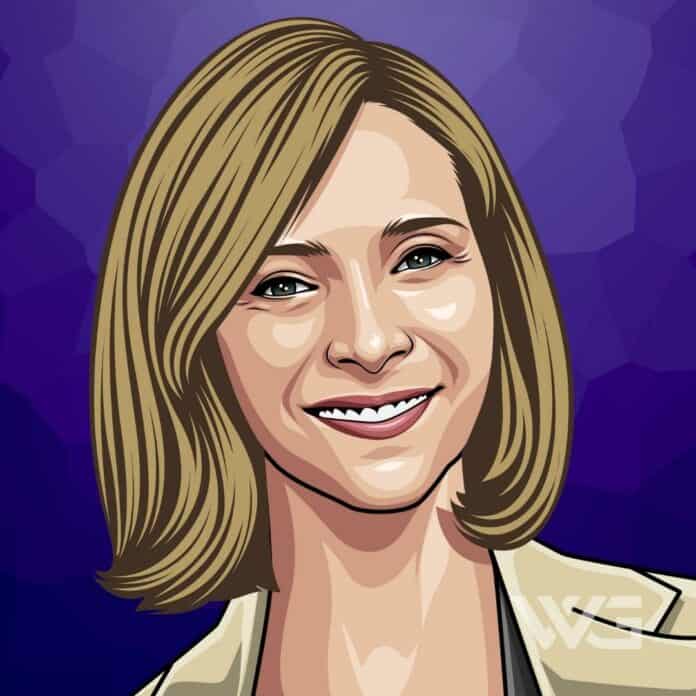 What is Lisa Kudrow’s net worth?

As of December 2022, Lisa Kudrow’s net worth is approximately $130 Million.

Kudrow is mostly known for her appearances in television sitcoms, including ‘Cheers’. Kudrow also gained worldwide recognition for her performance on the television sitcom ‘Friends’ which aired on TV from 1994 to 2004.

She has also received several accolades including a Primetime Emmy Award and a Golden Globe Award nomination.

Lisa Valerie Kudrow was born in Los Angeles, California on the 30th of July, 1963. Kudrow was raised in a middle-class Jewish family and had a Bat Mitzvah ceremony.

She has an older sister named Helene Marla. Her grandmother, Mera Mordejovich was murdered in IIya during the Holocaust.

Kudrow received her Bachelor of Arts degree in Biology from Vassar College.

Lisa Kudrow began her acting career when she first appeared as Kathy Fleisher in three episodes of the Bob Newhart sitcom ‘Bob’. Kudrow got the role of a lifetime in 1994 when she was cast as Phoebe on the worldwide famous sitcom ‘Friends’.

She earned several awards and accolades for her incredible performance and became very popular.

Her role in ‘Friends’ made her a much-recognized face in American television alongside Jennifer Aniston and Matthew Perry. During the late 1990s, she acted in movies such as ‘Romy and Michele’s High School Reunion’ and ‘Clockwatchers’.

In 2002, Kudrow played the role of Laura Sobel in the mafia comedy film ‘Analyze That’. The movie also starred Robert De Niro and Billy Crystal who played the roles of mobster Paul Vitti and Ben Sobel.

A few years later Kudrow starred in the 2007 drama film ‘P.S I Love You’ which gained huge recognition. She followed it up with three movies ‘Hotel for Dogs’, ‘Powder Blue’ and ‘Paper Man’.

Kudrow was the executive producer for the American version of the UK series ‘Who Do You Think You Are’. Her own heritage was also traced which led to the knowledge that her grandmother died in the Holocaust.

Here are some of the best highlights of Lisa Kudrow’s career:

“The 20s are that time in your life when you’re really getting acquainted with your own adult self, seeing how you respond to self-doubt when there’s so much seemingly at stake. So let me reassure you, it’s NOT supposed to be easy – but it doesn’t have to be torture.” – Lisa Kudrow

“I learned you have to surrender to the fact that, yes, you are one of too many in a highly competitive field where it is difficult to stand out. For now. Over time, through your work, you will demonstrate who you are and what you bring to the field. Just stay with it, keep working.” – Lisa Kudrow

“It was a good thing I didn’t get Saturday Night Live and that the Romy and Michele pilot didn’t work out and every other disappointment that happened…they were like guideposts that kept me on my path.” – Lisa Kudrow

“After I got fired from Frasier, I went to a birthday party and, feeling like I had nothing at all to lose, I flirted with a guy who was way out of my league. We dated and on Thursday Michel and I will have been married for 15 years. Thank God I got fired! Maybe there is a reason for everything. I think there is”. – Lisa Kudrow

In most pursuits, when oneself is one of the biggest hurdles to get over, you can’t pursue something and be committed to it if you’re apologizing for it at every party.” – Lisa Kudrow

How much is Lisa Kudrow worth?

Lisa Kudrow’s net worth is estimated to be $130 Million.

How old is Lisa Kudrow?

How tall is Lisa Kudrow?

We mainly know Lisa Kudrow from the successful TV-Show ‘Friends’. She has since then also been a very talented actress in many movies such as ‘P.S I Love You’ and ‘Neighbors’. Kudrow has worked with stars such as Jennifer Aniston, Hilary Swank, and Matthew Perry.

What do you think about Lisa Kudrow’s net worth? Leave a comment below.