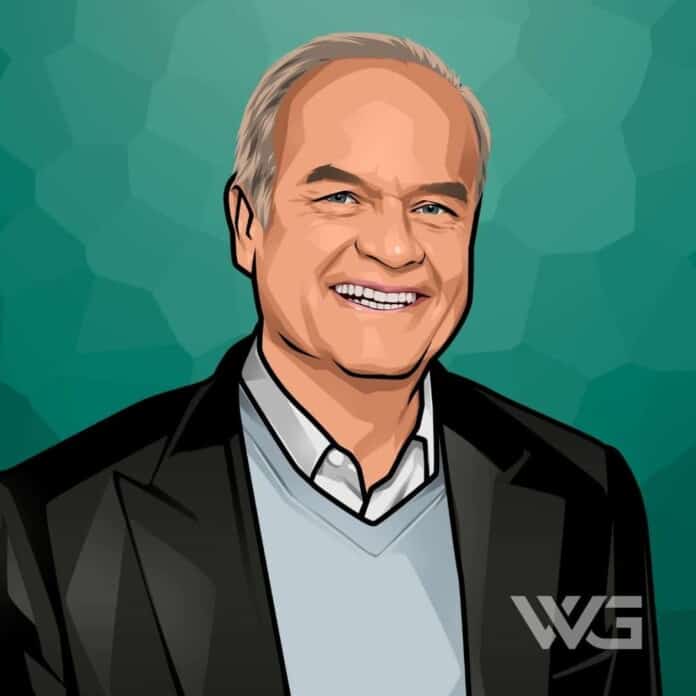 What is Kelsey Grammer’s net worth?

As of February 2023, Kelsey Grammer’s net worth is estimated to be $80 Million.

Allen Kelsey Grammer is an American comedian and actor from Charlotte, Amalie. Grammer is mostly known for his performances on the NBC sitcoms ‘Frasier’ and ‘Cheers’.

Throughout his career, he has won several awards such as three Golden Globe Awards, one Tony Award, and five Primetime Emmy Awards.

Allen Kelsey Grammer was born in Charlotte Amalie, Saint Thomas, on the 21st of February, 1955. He is the son of Sally and Frank Grammer. Grammer had one younger sister, and when he was at the age of 2 his parents divorced.

Grammer and his sister were mostly raised by their grandparents in New Jersey. He attended Pine Crest School which was a private school in Florida.

After his years in school, he started his career as an actor.

Kelsey Grammer progressed his stage appearance when he played Michael Plummer in the Broadway play ‘Othello’. He made his first Broadway musical debut in ‘La Cage Aux Folles’.

However, Grammer started his television career in the early 1980’s when he played the role of Stephen Smith in ‘Kennedy’.

He began making it big and got noticed when he starred in the NBC sitcom ‘Cheers’ that was a big breakthrough in his career. The character became the big hit off ‘Frasier’ which is known as one of the most successful spin-offs in TV history.

The next few years in his career Grammer won the Golden Globe Award for his performance in ‘Boss’ where he played the role of Mayor of Chicago.

Grammer later went on to play a villain in ‘Transformers: Age of Extinction’ and in the comedy ‘Partners’. Grammer also starred in movies such as ‘Star Trek: The Next Generation’ and ‘Medium’.

Grammer’s Atlantic accent made him popular in voiceover work, he starred on ‘The Simpsons’, ‘Toy Story 2’, ‘Anastasia’, ‘Mickey Mouse: Once Upon a Christmas’ and ‘Gary the Rat’. Grammer’s voice has featured in a number of commercials such as ‘Honey Nut Cheerios’ and ‘Hyundai’.

Since then, Grammer has starred in multiple movies and been a very impressive voice actor throughout his career. He also produced the NBC drama ‘Medium’ which is a big hit.

He is a member of the Republican Party and has expressed his desire to run for the United States Congress one day.

As of February 2023, Kelsey Grammer’s net worth is approximately $80 Million.

Here are some of the best highlights of Kelsey Grammer’s career:

“My own take on it is that government will never adequately represent every person in the country. It can’t. It’s not possible. It’s a multicultural, multifaceted society in which we live. The country, I think, thrives because it’s willing to embrace many ideas at the same time, but once a decision is made you will be unpopular with many people. The business of our political leaders is to go ahead and make a decision and let the chips fall where they may. That’s a very hard thing to do.” – Kelsey Grammer

“A child is a reinvigorating experience. It almost does feel like immortality, but not in the way people think. It reminds us there are universal truths that are most simply seen through the mind of a young person.” – Kelsey Grammer

“I became an actor, and because I had success as an actor, I became famous. I was acting for quite a while before I got famous; television made me famous. I guess that it’s television that is responsible for everybody’s desire to be famous.” – Kelsey Grammer

“I’m an actor and I’ve created a lasting and memorable character named Frasier, who is not me, but who most people think is. So when I have a chance to play something that’s different, I embrace it because it’s fun; also, in this case, he’s a memorable character.” – Kelsey Grammer

How much is Kelsey Grammer worth?

Kelsey Grammer’s net worth is estimated to be $80 Million.

How old is Kelsey Grammer?

How tall is Kelsey Grammer?

Kelsey Grammer is best known for his two portrayals of the character Frasier Crane on ‘Cheers’. Grammer is one of the best actors in the industry and he has collaborated with some of the finest actors in Hollywood.

As of February 2023, Kelsey Grammer’s net worth is estimated to be roughly $80 Million.

What do you think about Kelsey Grammer’s net worth? Leave a comment below.