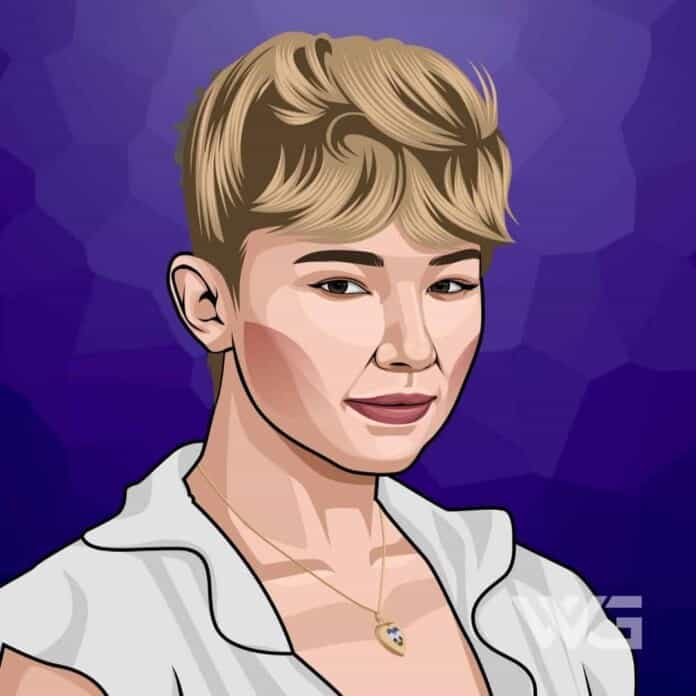 What is Hailey Bennett’s net worth?

Haley Bennett is an American actress and singer from Florida.

Bennett made her film debut as pop star Cora Corman in the romantic comedy ‘Music and Lyrics’ and has since appeared in the films ‘The Haunting of Molly Hartley’, ‘College’, ‘The Hole’, ‘Kaboom’ and ‘The Equalizer’.

As of February 2023, Haley Bennett’s net worth is approximately $2 Million.

Haley Loraine Keeling was born on the 7th of January, 1988, in Florida. She is of English, Scottish, Irish, German, and Lithuanian descent. She was born in Fort Myers, Florida and raised in Naples, Florida.

Her parents divorced when Bennett was 6, and she moved to Ohio with her father, who opened an automobile repair shop. They moved regularly around the state.

Bennett’s big break came when she won the role of pop star Cora Corman for her film debut in the 2007 romantic comedy ‘Music and Lyrics’, with Hugh Grant and Drew Barrymore. Bennett sang several songs for the film’s soundtrack, including “Buddha’s Delight” and “Way Back into Love”.

After signing a three-picture deal with Warner Bros, Bennett subsequently starred in her second and third films.

Bennett then landed the lead in the thriller film ‘Kristy’ in 2014. She next appeared in the independent drama film ‘Lost in the White City’, alongside Thomas Dekker and Bob Morley.

In 2015, Bennett starred in Ilya Naishuller’s first-person point-of-view film Hardcore Henry. The following year, she appeared as Emma Cullen in Antoine Fuqua’s ‘The Magnificent Seven’, co-starred as Megan Hipwell in the Tate Taylor-directed film adaptation of Paula Hawkins’ thriller novel ‘The Girl on the Train’.

In 2017, Bennett played Saskia Schumann in Jason Hall’s PTSD drama film ‘Thank You for Your Service’.

Here are some of the best highlights of Haley Bennett’s career:

“I don’t see myself as successful because I’ve worked on only a handful of films. The way I look at it, if you’re really, really lucky, if you consistently work hard over the course of ten years, if you refuse to take no for an answer, if you surround yourself with great mentors and are a sponge, willing to learn, then you’re bound for something to happen.” – Haley Bennett

“Pace yourself. And take time to rest.” – Haley Bennett

“I really enjoy simple things in life. I just like the idea of bringing together a few ingredients and being able to transform it into something delicious and warm that my friends can sit around and enjoy. Most of my socializing are based on good food and good wine.” – Haley Bennett

“There’s always going to be evil, but the way we unite, regardless of class, race, religion, or gender, empowers the goodness in the world.” – Haley Bennett

Now that you know all about Haley Bennett’s net worth, and how she achieved success; let’s take a look at some of the lessons we can learn from her:

You can always befriend an enemy if you stay kind, give them a second chance, and make them understand why you did it. Be trustful, but not naive.

Life shows you Joy AND Happiness when it’s too late to enjoy it.

Life chases us, we chase imagination; Life does not get us, we do not get imagination.

How much is Haley Bennett worth?

Haley Bennett’s net worth is estimated to be $2 Million.

How old is Haley Bennett?

How tall is Haley Bennett?

Haley Bennett is an American actress and singer who had her acting deb in the 2007 romantic comedy Music and Lyrics starring Hugh Grant and Drew Barrymore.

In addition to acting in the film she sang many songs for the soundtrack. Today she has starred in multiple movies.

What do you think about Haley Bennett’s net worth? Leave a comment below.