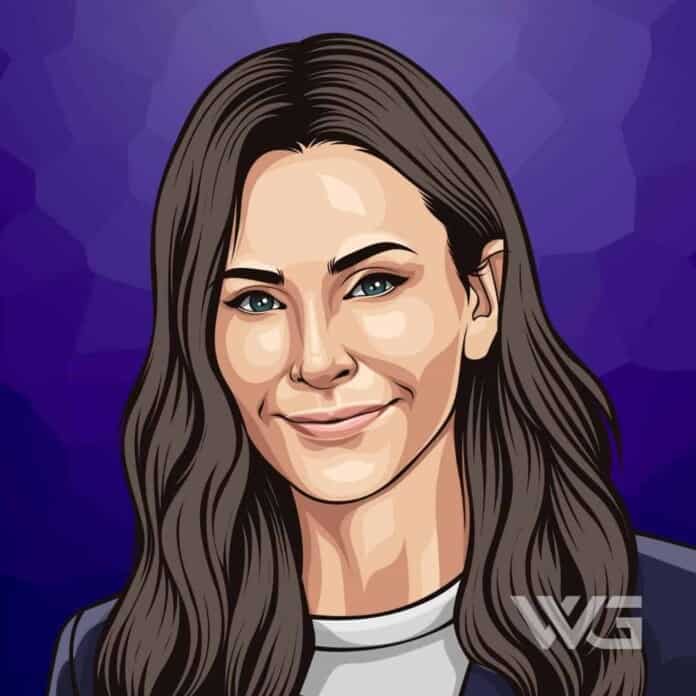 What is Courteney Cox’s net worth?

Today Courteney Cox’s net worth is estimated to be roughly $150 Million, making her one of the richest actresses in the industry.

Courteney Bass Cox is an American producer, actress, and director from Birmingham.

Courteney Bass Cox was born in Birmingham, Alabama on the 15th of June, 1964. Cox is the daughter of businessman Richard Lewis Cox and Courteney Copeland. She also has two sisters named Dorothy and Virginia.

In 1974 Cox’s parents divorced and she attended Mountain Brook High School. She didn’t complete her school and later pursued her career as an actress and a model.

Cox started her TV career in 1984 when she played small roles in TV series such as ‘As the World Turns’ and ‘Misfits of Science’. She also appeared in movies such as ‘Sylvan in Paradise’, I’ll Home for Christmas’ and ‘Curiosity Kills’.

In 1994 she began portraying Monica Geller, one of the main characters, in the TV series ‘Friends’, alongside the likes of Jennifer Aniston and Matthew Perry. The series turned out to be a great success and was loved by the audience and critics all over the world. Cox received several awards and nominations for her role in ‘Friends’.

Cox became very popular with her appearance in the 1996 slasher film ‘Scream’. The film was appreciated by critics and was also a huge hit. The next year she appeared in ‘Scream 2’ which is the sequel of the first Scream film.

In 2001 Cox, appeared in the action crime film ‘300 Miles to Graceland’ which was directed by Demian Lichtenstein.

The film was a critical and commercial failure but the same year she could make that up by her performance in ‘The Shrink Is In’ and ‘Get Well Soon’.

Here are some of the best highlights of Courteney Cox’s career:

“I’m at peace with myself and where I am. In the past, I was always looking to see how everybody else was doing. I wasn’t competitive, I was comparative. I just wanted to be where everybody else was. Now I’ve gotten to an age when I am not comparing anymore.” – Courteney Cox

“Aging gracefully is one thing, but trying to slow it down is another. Sometimes I use Botox. Compared to most, I use it very sparingly. One time I did too much, though. I feel weird if I can’t move my face, and that one time I overdid it, I felt trapped in my own skin. I don’t have a problem with any of that stuff; if it makes you feel better about yourself and it’s done properly, then fine.” – Courteney Cox

“I’ve got some great guy friends. They can start out as crushes. But when you realize something isn’t going to happen, you make a choice whether or not the friendship is worth it. And it usually is. Then you can laugh about the fact that you used to have a crush on him or he had one on you.” – Courteney Cox

“Cousins are people that are ready-made friends, you have laughs with them and remember good times from a young age, you have fights with them but you always know you love each other, they are a better thing than brothers and sisters and friends cause they’re all pieced together as one.” – Courteney Cox

How much is Courteney Cox worth?

Courteney Cox’s net worth is estimated to be $150 Million.

How old is Courteney Cox?

How tall is Courteney Cox?

Courteney Cox is an incredible actress that has collaborated with some of the best actors and producers of all time such as her co-stars in ‘Friends’; Jennifer Aniston and Matthew Perry.

As of February 2023, Courteney Cox’s net worth is approximately $150 Million, making her one of the highest-paid actresses in the film industry.

What do you think about Courteney Cox’s net worth? Leave a comment below.