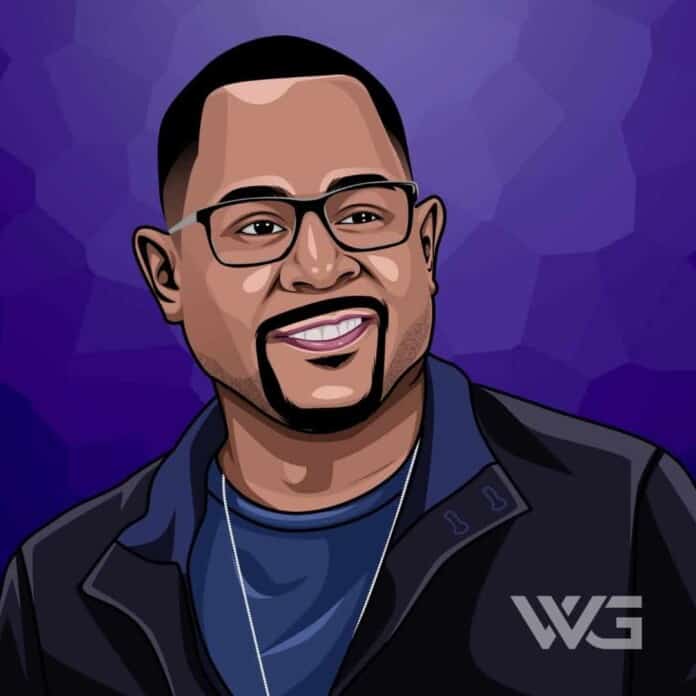 What is Martin Lawrence’s net worth?

As of February 2023, Martin Lawrence’s net worth is estimated to be $110 Million.

Lawrence gained his recognition when he starred in his acting debut in What’s Happening Now? and received several more gigs after his debut appearance. He started in films like Do The Right Thing and Boomerang.

Lawrence recently starred in Bad Boys 3 with Will Smith, which is the long-awaited return of the franchise after the first two films were a hit success.

Martin Lawrence was born on April 16, 1965, in Frankfurt, West Germany, to African American parents who served the U.S military.

Lawrence was named after the civil rights leader Martin Luther King Jr. and John F. Kennedy. When he was 8 years old his parents divorced. During his teenage years, he lived in Queens, New York where he excelled at boxing.

Lawrence attended Thomas G. Pullen School of Creative and Performing Arts and Fairmont Heights High School. He considered a boxing career at first, but after he suffered from a broken eye he changed his opinion about boxing and started to gain his interest in acting.

Lawrence’s early career started when he moved to California, where he got a guest spot on the television show What’s Happening Now?. His appearance led to his big break in acting.

After his appearance on the show, he was the host of HBO’s Def Comedy Jam; and he also launched his sitcom for Fox, Martin, which was playing from 1992 to 1997.

When Martin ended, Lawrence found work in comedy films. Many of his films were blockbusters at the box office including Blue Streak, Big Momma’s House, and Nothing To Lose.

Big Momma’s House 2 opened at No.1 at the North American box office and grossed $28 million in its first week. At the 2009 BET Awards, he appeared in a trailer with Jamie Foxx for a fictional movie, The Skank Robbers.

In 2011 Lawrence played the role of Big Momma in the third sequel, Big Mommas: Like Father, Like Son.

In January 2013 it was announced that he was going topper up with Kelsey Grammar in a comedy for Lionsgate TV. A year later Lawrence confirmed that the Bad Boys 3 sequel was almost done being written.

Lawrence has collaborated with worldwide famous actors including the likes of, Will Smith, Eddie Murphy, Luke Wilson, and John Travolta.

Here are some of the best highlights of Martin Lawrence career:

“Here goes all these rumors writin’ about me. I see on the paper, one of ’em says “Martin tries to jump out of a plane using his jacket as a parachute.” Now ain’t that some bullshit! As I’m trying to get my life together, they’re gonna write that bullshit. I know damn well you can jump out no plane using your jacket as a parachute. Shit, I know you got to use your pants.” – Martin Lawrence

“Boxing kept me out of the streets, by giving me something to do. And it gave me a father figure in the coach that was there for me. I just reiterated what my mother was trying to teach me about focusing and getting my life together.” – Martin Lawrence

“God inspired me because I was blessed with the knowledge that I wanted to do this. And my mother supported it. She said, ‘Whatever it is you want to do. If you believe acting or comedy is what you really want to do, I can only tell you it’s not easy, it’s very hard, but I’ll support you.’ Her supporting me enabled me to move forward.” – Martin Lawrence

“I’m most proud of the blessings that God has bestowed upon me, in my life. He’s given me the vision to truly see that you can fall down, but you can still get back up. Hopefully, I’ll learn from my mistakes and have the opportunity to strengthen and improve the next thing I do.”
– Martin Lawrence
“Fatherhood means a great deal to me. I love it. To me, there ain’t nothing better, because your kids keep it real with you. When you think things are bad, you look at them and they show you how things could be all right, and it’s all worth it.” – Martin Lawrence

Now that you know all about Martin Lawrence’s net worth, and how he achieved success; let’s take a look at some of the lessons we can learn from him:

1. Everyone has a past. So don’t get in your feelings about it

Everyone has a past but that’s just it, it’s in the past. Everyone can learn from the past, but you can’t change it. The key is to focus on the positive present than the negative past.

2. Knowing the difference between love and sex

Love isn’t always about having sex with each other. It’s also about the time that you spent together. Love is about seeing the light inside the person who knows nothing about the darkness.

Sometimes you just need to admit that you’re wrong, swallow your pride. It’s not giving up, it’s growing up. The wisest of people in the world are those that admit when they’re wrong.

How much is Martin Lawrence worth?

Martin Lawrence’s net worth is estimated to be $110 Million.

How old is Martin Lawrence?

How tall is Martin Lawrence?

Martin Lawrence is a highly accomplished actor, and his star role in the Bad Boys films has cemented his career in place as a success. It’s hard to imagine the Bad Boys characters being played by anyone else other than Martin Lawrence and Will Smith.

What do you think about Martin Lawrence’s net worth? Leave a comment below.