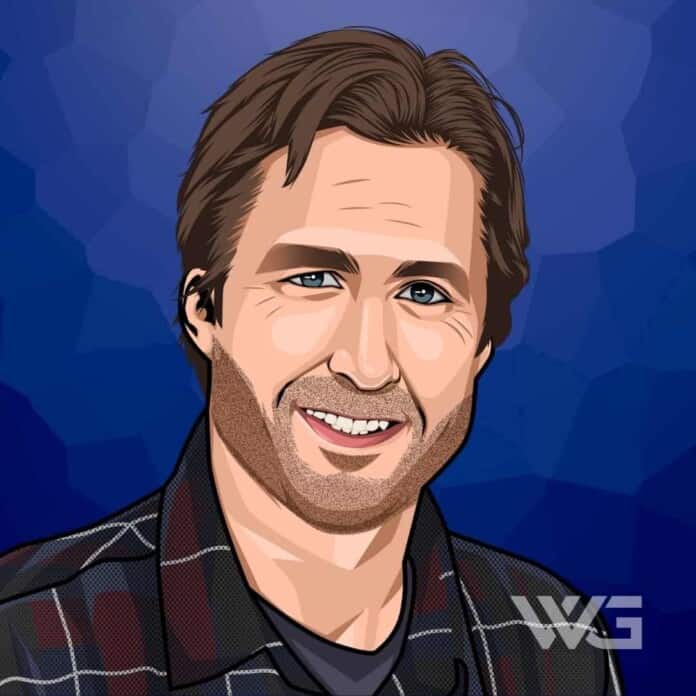 What is Luke Wilson’s net worth?

As of December 2022, Luke Wilson’s net worth is approximately $50 Million.

Luke Wilson is an American actor who is best known for his roles in films such as ‘Idiocracy’, ‘My Super Ex-Girlfriend’, ‘The Ridiculous 6’, ‘Old School’, ‘Bottle Rocket’ and ‘Legally Blonde’.

Luke Cunningham Wilson was born on the 21st of September, 1971, in Dallas, Texas.

His father, Robert Andrew Wilson, is an advertising executive and his mother, Laura Wilson, a photographer.

Wilson along with his brothers attended St. Mark’s School of Texas and was named class president in the first year itself. He was particularly interested in sports while growing up and discovered acting during his time at Occidental College.

Wilson’s career in films started with a lead role in a short film, ‘Bottle Rocket’ which was co-written by his brother, Owen Wilson. The film was appreciated at several film festivals and was made in to a full length film later in 1996.

He fell in love with the actress Drew Barrymore around this time and the two appeared together in the films ‘Best Men’ and ‘Home Fries’. He also starred in ‘Dog Park’, ‘The X-Files’ and ‘Rushmore’ in 1998.

In the 2000s, he also appeared in ‘Soul Survivors’, ‘The Third Wheel’ and ‘Masked and Anonymous’ in between. Luke had a recurring role in the television series ‘That ’70s Show’ during 2002-05.

Wilson acted in many movies over the ensuing years, including ‘Henry Poole Is Here’, ‘Tenure’, ‘Death at a Funeral’ and ‘Middle Men’ in 2010.

He gave his voice to ‘Rock Dog’ in 2016. Luke is currently working on ‘Measure of a Man’ and ‘Brad’s Status’ which are scheduled to release in 2017.

Here are some of the best highlights of Luke Wilson’s career:

“Whatever kind of movie it is, you’re going to be more into it when you care more about the drama, or you’ll have a better laugh if you feel like you know the people better.” – Luke Wilson

“Sometimes when you get on a new movie you kind of how to figure out the way other people work and it can be like being the new kid in high school where you’re just trying to find out where your place is on the movie or on the set.” – Luke Wilson

“Especially with a comedy, you’ve got the clear cut goal of trying to make a scene funny. It’s not like a drama where you’re trying to achieve some kind of emotion or trying to further the story along. You’re trying to figure out what’s the funniest way to do something.” – Luke Wilson

“There definitely is that element of guys who like to party and have a good time and… putting off for as long as possible the idea that they’ll actually have to settle down.” – Luke Wilson

“I’ve worked on movies that are being rewritten as you go, but you take so long and so much time doing it, that it’s not really an issue knowing what’s going to happen or how the movie is going to end.” – Luke Wilson

Now that you know all about Luke Wilson’s net worth, and how he achieved success; let’s take a look at some of the strongest lessons we can learn from him:

You can’t do everything for everyone. Stop spreading yourself thin. Learn to say no. Focus on a few things and be great at those.

Travel the world. It’s a great way to get a fresh perspective on life.

3. Build Your Own Values

The best way to do this is to decide what your values are. Once you do, write it down and post it on your mirror. It’s the foundation of who you are.

How much is Luke Wilson worth?

Luke Wilson’s net worth is estimated to be $50 Million.

How old is Luke Wilson?

How tall is Luke Wilson?

Luke Wilson is an American actor popularly known for his roles in the films such as ‘Old School’, ‘The Royal Tenenbaums’, ‘Legally Blonde’ and ‘Anchorman: The Legend of Ron Burgundy’.

His career in films began with ‘Bottle Rocket’, a short film that was co-written by his brother Owen.

What do you think about Luke Wilson’s net worth? Leave a comment below.