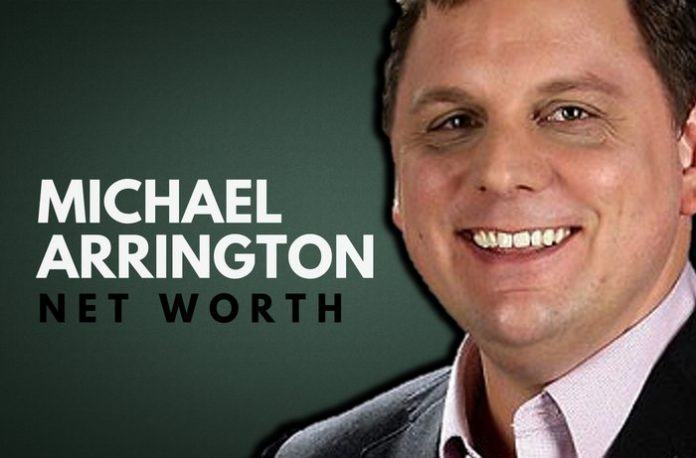 What is Michael Arrington’s net worth?

Michael Arrington is an American blogger who founded the blog TechCrunch, which has been voted one of the most popular blogs in the world in the past.

TechCrunch is a blog which specializes in, yes you guessed it, technology! Although he is no longer the CEO of TechCrunch, Michael took what was once a small blog, and pushed it to the top of its class.

There’s no doubt that the tech blog made him a lot of money, as Michael Arrington’s net worth is now an estimated $15 Million and he has been voted several times as one of the most powerful and influential people on the internet.

Arrington grew up in California where he was born on March 13th, 1970. He attended the University of California and then majored in economics at Claremont McKenna College. In 1995, he was able to graduate from Stanford Law School.

After graduating, he went on to practice corporate as well as securities law. Not only at the company O’Melveny & Myers, but also at Wilson Sonsini Goodrich & Rosati.

It really wasn’t too long before he decided to leave the practices and embark his way on various business ventures.

Michael Arrington has actually been involved in many ventures before creating TechCrunch. Some of them were failures, but others were relatively successful, so here’s a small list of what he was involved in:

As you can see, that’s quite a few ventures for Michael, considering he’s spent several of his years working on TechCrunch.

It goes without saying that TechCrunch was his biggest success, even after Achex which was sold for $32 million. Michael said that made enough money from the sale to purchase a Porsche, but not a lot more.

So, where did TechCrunch suddenly appear from?

TechCrunch was founded in 2005, and it’s essentially a news website that focuses on technology startup companies.

There isn’t much info out there on the actual creation of TechCrunch, either that or it’s just really hard to find. However, Michael did state that when he first started the blog, he would post several times a day.

It was only 3 days before he got his first comment, and then Arrington started getting subscribers to his RSS feed. Every week he loved to see those numbers go up and he would count how many new subscribers he got each day.

Michael is what you’d have to call, an absolute hardcore writer and worker. There are so many aspiring entrepreneurs out there that tell themselves they’re working hard, but as soon as they get bored or start to feel tired, they call it a day.

When Michael began on his journey with TechCrunch, he would normally work until he passed out, then wake up 8 hours later and do the same thing again.

He gained 50 pounds in 5 years, and his sleeping pattern was absolutely crazy. He deserves to be successful because he’s sacrificed so much to get there.

His doctor is now trying to help him get his sleeping habits back to normal and get him to a healthier state once again.

Why is Michael Arrington So Successful?

When you read or watch many of the interviews online that Michael has done, it’s pretty clear as to why he’s become so successful in the world of entrepreneurs.

I started to mention above a clear reason why TechCrunch became successful, but let’s dive into it a little more.

Michael stated that he would write several posts per day when he founded the successful blog. For any other bloggers reading this, I think you can imagine how hard a thing that is to do. I personally write daily, but some people will write two or three times a week.

Writing several posts a day requires you to be glued to your screen, with laser like focus and a tonne of ideas in your head ready to fire out to your readers. It’s difficult, but it’s definitely an elevator to success.

A blog firing out so much great content is going to get noticed within no time at all, and that’s exactly what happened.

Michael likes to listen to a lot of music when he writes, and not the happy friendly type of music. He will normally listen to artists like Metallica, Eminem, Rage Against the Machine etc.

How much is Michael Arrington worth?

Michael Arrington’s net worth is estimated to be $15 Million.

How old is Michael Arrington?

How tall is Michael Arrington?

The Reality is, Michael Arrington has put the work in to get where he is today. He’s put the long nights in, passing out at the keyboard became his habit and he gave up fancy nights and dinners out to get his work done.

Is this the kind of work you’re willing to put into what you do? Think about it.

What do you think about Michael Arrington’s net worth? Leave a comment below.