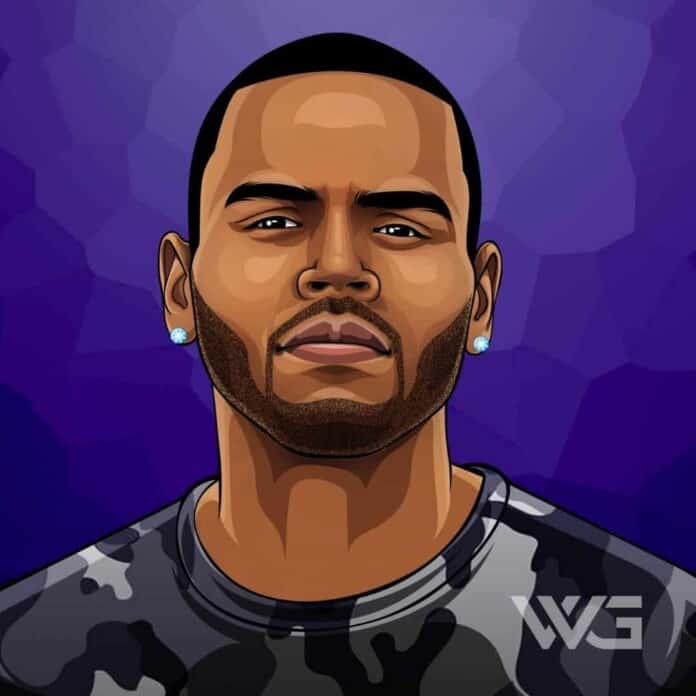 What is Chris Brown’s net worth?

With Chris Brown’s net worth estimated to be $50 Million, he is among some of the richest artists in hip-hop. However, he still has a way to go until he reaches the likes of Jay-Z, Dr. Dre, and P. Diddy.

Chris Brown is an American singer, songwriter, and dancer from Virginia. He has been singing professionally since 2005, and several of his albums have been certified double platinum. He’s also had multiple songs featured in the Billboard Top 100.

Chris was born in Tappahannock, Virginia, on the 5th May 1989. His full name is Christopher Maurice Brown, his mother Joyce Hawkins, and father Clinton Brown.

Clinton worked at a local prison, and Joyce worked at a daycare center. When Chris was young, he taught himself to sing and dance. He would perform in his church choir and talent shows in the local area.

The family began to look for the opportunity of a record deal for Chris. It was at this time that his parents divorced each other, and he struggled emotionally for a short period as a result.

Chris Brown’s debut album was released in November 2005 and gained incredible success. He had a Number #1 hit with “Run It!,” and the track also featured a guest appearance by rapper Juelz Santana.

The album brought Chris two Grammy Award nominations for Best New Artist and Best R&B Contemporary Album. Brown went on to receive a number of other awards, including an NAACP Image Award for Outstanding New Artist.

Brown also branched out into acting with a role in ‘Stomp the Yard‘, which centered around a step dance competition. The film also featured another popular R&B performer, Ne-Yo.

Brown also released his second album, Exclusive, in 2007, and starred in yet another film, ‘This Christmas’.

In 2009, Chris Brown made the headlines after being arrested for allegedly assaulting Rihanna, his girlfriend at the time. Brown pleaded guilty to the charges and was sentenced to 180 days of community labor and five years of probation.

Brown released the albums F.A.M.E. and Fortune in the next couple of years. Not long before the debut of his next effort, X, Brown found himself back in trouble with the law. He was arrested on assault charges in October 2013.

Chris Brown has won multiple awards within his career, and racked up an impressive net worth!

You can view some of his major awards below.

How Does Chris Brown Spend His Money?

Brown’s smart house is located in Los Angeles. The home is thought to have cost him $4.3 million, and is surrounded by 7 foot high walls and has a total of 16 security cameras.

It’s important to keep yourself safe when you’re a popular celebrity just like Chris Brown. On the road, he has a bulletproof SUV that protects him when he’s driving in his car.

When it comes to vehicles, one of his boldest vehicles is a Rezvani Tank. The Rezvani Tank cost the hip-hop star around $350,000. Brown also has a Chevy Impala that costs $37,000, and has had multiple Lamborghinis over the years.

Brown loves to get his cars customized, and has had a few done by Ryan Friedlinghaus and West Coast Customs.

When it comes to traveling, Brown prefers to fly in a private jet in luxury style. The super luxurious Gulfstream IV costs around $36 million.

Here are some of the best highlights from Chris Brown’s career so far:

“Follow your dreams. Just make sure to have fun too.” – Chris Brown

“My mother taught me to treat a lady respectfully.” – Chris Brown

“Since I’m always working, my best holiday memories are definitely when I can just go home and spend time with my family.” – Chris Brown

“I always imagined I could be what I wanted to be.” – Chris Brown

“When I was 12, all I wanted for Christmas was a trampoline or a four-wheeler. I ended up getting both presents for Christmas.” – Chris Brown

View our larger collection of the best Chris Brown quotes!

How much is Chris Brown worth?

Chris Brown’s net worth is estimated to be $50 Million.

How old is Chris Brown?

How tall is Chris Brown?

With Chris Brown’s net worth at $50 Million, he is within the realms of the richest artists in hip-hop and has had incredible success in the decade or so that he has been singing professionally and producing albums.

What do you think about Chris Brown’s net worth? Leave a comment below.

What is Penelope Cruz's net worth? Introduction  Penélope Cruz is a...