Magic: The Gathering is one of the most popular card games on the planet.

So, it’s to be expected that some of the cards are valuable, right?

Here’s a list of the 10 most expensive Magic: The Gathering cards.

The 10 Most Expensive Magic: The Gathering Cards

The list of Magic: The Gathering cards and figures mentioned below have been compiled from various sources around the web, such as GameRant & Wikipedia.

These are the 10 most expensive Magic: The Gathering cards:

Time Vault is one of the most deceiving cards on the list.

At first glance, it appears to be untapped, which will cost you a turn if you decide to un-tap it.

However, it turns out to be the other way around. By tapping it, you’ll receive an extra turn on top of the one you lost.

But, you need to be smart about your approach to un-tapping it, as if done correctly, you’ll receive a real advantage later in the game.

The Limited Edition Alpha version is thought to be worth in the region of $1,000 to $3,000, depending on its condition.

It has the power to supply its possessor with white mana.

This means that you’re able to resurrect different creatures while performing several spells.

If used early on in a game, it can be advantageous as it might be the difference between life or death.

Also, playing the card won’t cost you any mana, so you can play as many as you see fit, tapping them all at once if you want.

Related:  The 10 Most Expensive Precious Metals in the World

A Limited Edition Alpha version will set you back between $1,650 to $5,000, depending on its condition.

The card holds a notorious reputation for being one of the original “blue cards,” which gives players the ability to disrupt the rules of the game momentarily.

In a nutshell, it allows you to take an extra turn once their turn is over.

And, if you happen to have more than one Time Walk, then you could use it during your extra turn, and gain another turn after that.

So, you can see why this is one of the most sought after cards in the game!

The seventh most expensive Magic: The Gathering card is Mox Emerald.

Like Time Walk, it’s part of the infamous “Power Nine.”

It provides players with mana at no cost, which could be a massive advantage if you use it early on in the game.

Mox Emerald has been known to turn a battle on its head and completely transform the outcome.

So, if you manage to come across a Mox Emerald for a fair price, and it’s in good condition, snap it up, as its value is likely going to increase.

Another one of the “Power Nine,” Mox Ruby, is a Mox Jewel that allows players to gain an extra point of red mana each turn.

Considering you’re usually only allowed to play one Land per turn, this is a significant bonus, which heralds excellent benefits if used correctly.

If you combine it with any of the other Mox Jewels within the “Power Nine,” then you can boost your mana and play better cards at the same time.

A Limited Edition Alpha version of Mox Ruby will cost you in the region of $2,000 to $6,000, depending on its condition.

Timetwister is another member of the “Power Nine.”

Related:  The 10 Best Investment Apps to Grow Your Wealth

It can force your opponent, and yourself, to start the game over.

Timetwister can be used to return all of your most powerful cards to your deck, and force your competitor to draw a hand that might put them at a disadvantage.

This is a great card to use if you’ve been dealt a bad hand, as it more or less resets the game, except for the cards on the table.

If you’ve got $4,000 to $6,000 burning a hole in your pocket, picking up a Limited Edition Alpha Timetwister might not be a bad shout!

The Mox Jet artifact allows you to generate an extra point of black mana per turn, empowering you to cast some of the most powerful spells in the game.

If you’re in the mood to seriously deplete your opponent’s life, then Mox Jet will undoubtedly help with that.

However, if you want to pick one of these cards up, then you won’t get much change from $10,000, as that’s what sellers are listing them for.

The Mox Sapphire is the last member of the “Power Nine” and the most valuable Mox Jewel.

Because of how powerful blue cards were in the original set of Magic: The Gathering, Mox Sapphire grants players an extra blue point of mana per turn.

Of all the Mox cards in the game, Sapphire is by far the most powerful.

So, it’s no surprise that it demands a higher price than the majority of other Magic: The Gathering cards on this list.

Ancestral Recall is one of our favorite Magic: The Gathering cards.

It allows you to draw three extra cards, or force your opponent to do the same.

This works well in both scenarios. If you draw three, you’ve suddenly got a lot more options. If you force them to draw three, then you can quickly take their deck away.

So, if your hand isn’t looking too healthy, using Ancestral Recall to raise extra cards could be the difference between winning or losing.

Also, as Magic doesn’t dictate any particular hand size, if you happen to have more than one Ancestral Recall, then you could access the majority of your deck in seconds.

If this sounds like a card that you want in your deck, then a Limited Edition Alpha Ancestral Recall will cost you in the region of $3,500 to $20,000, depending on its quality and condition.

Black Lotus is the most expensive Magic: The Gathering card of all time.

It’s also the most infamous card in the game, as it grants its master three extra mana of any one color.

This means that players can use powerful cards before they usually could, at no cost to themselves whatsoever.

However, Black Lotus is banned from most formats, so even if you came across one in play, you wouldn’t be able to witness its real power.

When it comes to the price, a Limited Edition Alpha Black Lotus wipes the floor with the rest of the Magic cards on the list.

We hope you enjoyed our list of the 10 most expensive Magic: The Gathering cards.

Wowza! We can’t believe someone paid $166,000 for a small piece of painted cardboard.

But hey! Whatever floats your boat, I guess.

Here’s a quick recap of the 10 most expensive Magic: The Gathering cards:

What’s your favorite Magic: The Gathering card? Leave a comment below.

The 20 Richest Hockey Players in the World 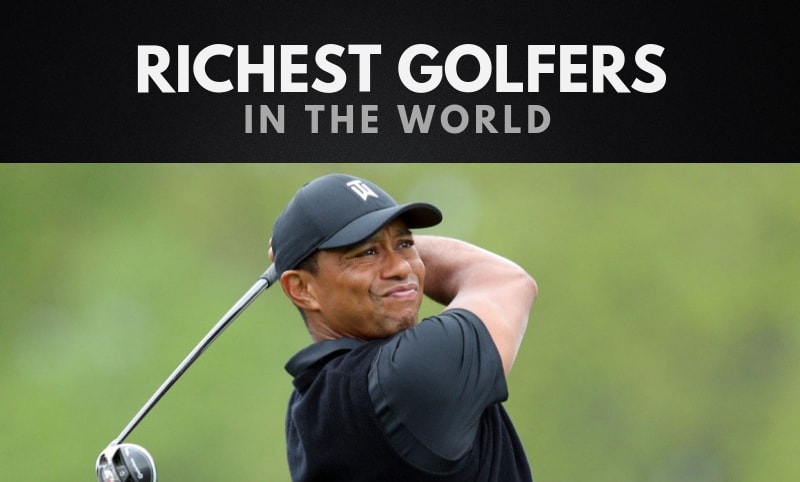 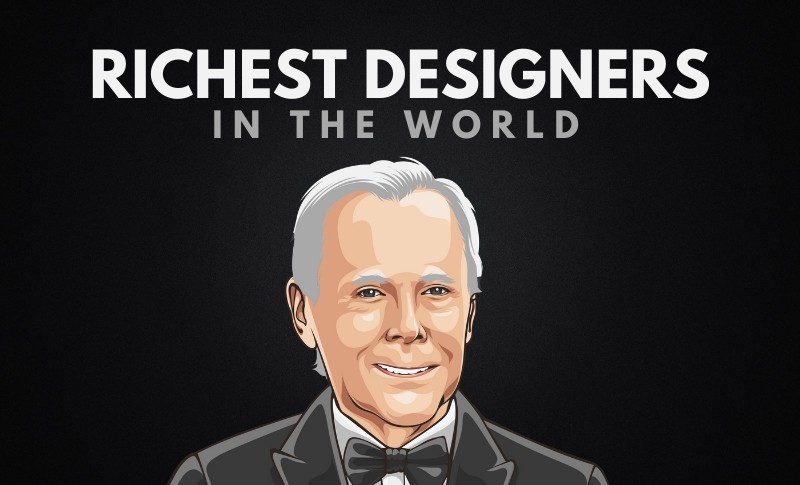 The 25 Richest Designers in the World 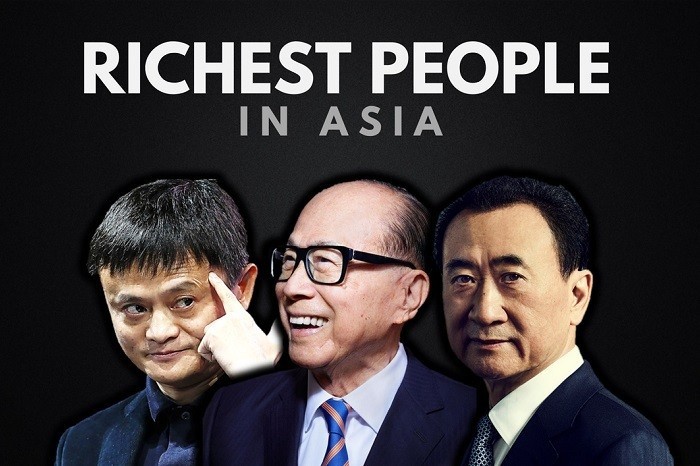 The Top 10 Richest People in Asia 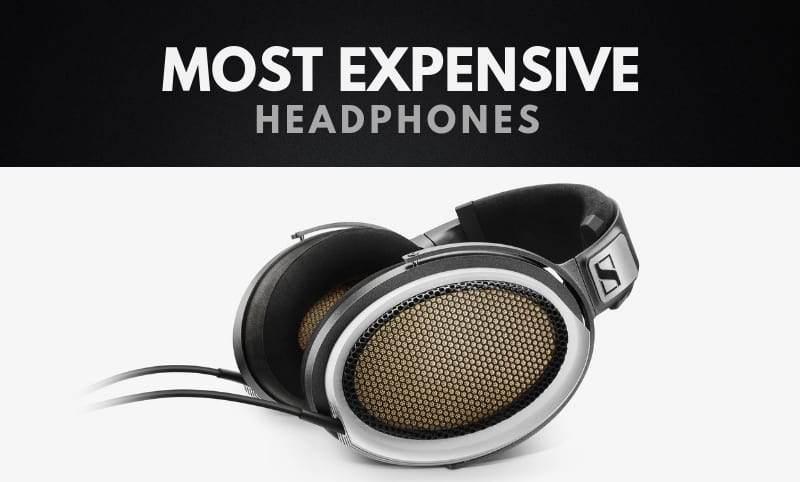 The 20 Most Expensive Headphones In the World