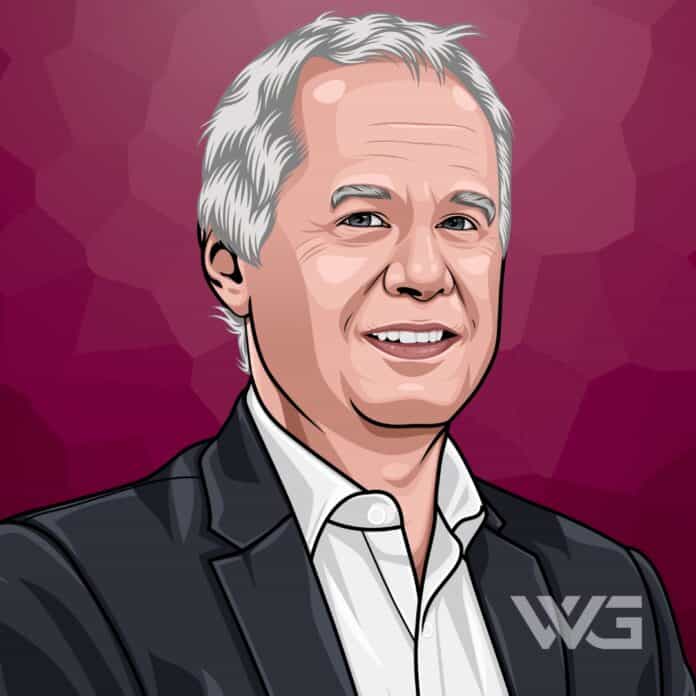 What is Patrick McEnroe’s net worth?

During his career, McEnroe earned one singles title and 16 doubles titles to become the world’s No. 3 player in doubles competitions.

When he retired from tennis in 1998, he went on to become the general manager of USTA player development and worked as a broadcaster for ESPN until 2008.

As of January 2023, Patrick McEnroe’s net worth is estimated to be $16 Million.

While not much is known about his childhood, we do know that he started playing tennis at a young age.

As a junior player, McEnroe reached the semi-finals at Wimbledon and the US Open Boys singles in 1983.

The following year, he partnered with Luke Jensen to win the French junior doubles and USTA Boys’ 18 National titles.

Patrick McEnroe turned professional in 1989 and won the French Open men’s doubles title, as well as the Masters doubles title with Jim Grabb.

He won his first singles competition in 1991 in Chicago, beating his brother John.

The same year, he experienced his best Grand Slam singles competition at the Australian Open, where he reached the semifinals.

In 1995, he won the men’s singles competition at the Sydney Outdoor Championships, and while he experienced a few more solid finishes, he ultimately retired in 1998.

After retiring from the court, McEnroe served as the Davis Cup team captain from 2007 to 2010.

He also became the general manager for USTA player development in 2008 but left in 2014.

As a broadcaster, he worked for CNN and CBS but has been with ESPN since 1995 as their main play-by-play tennis commentator.

During his career, Patrick McEnroe became one of the richest tennis players in the world thanks to his prize money winnings.

While we don’t know much about his individual earnings, we do know that he earned around $3.1 million from his tournament victories.

However, his net worth overall has been supplemented greatly by his position as the general manager of USTA player development and as the captain of the Davis Cup team.

Although we don’t know what he earned from his roles after leaving the court, if any information becomes available, we will be sure to let you know.

Patrick McEnroe married Melissa Errico in 1998, and together they have three daughters, Victoria Penny and twins Juliette Beatrice and Diana Katherine.

While we know they live in Bronxville, not much else is known about McEnroe’s personal family life.

However, Patrick is active on his official Twitter account, where he posts about tennis and his career.

As an accomplished tennis player, Patrick McEnroe has earned many honors and titles during his career.

While he may not be as decorated as David Ferrer, McEnroe has still earned some impressive distinctions during his time on the court.

Here are some of Patrick McEnroe’s greatest career accomplishments:

Patrick McEnroe distinguished himself exceptionally well on the court and received several important titles and awards for his talents.

How Does Patrick McEnroe Spend His Money?

Patrick McEnroe isn’t one to flaunt his wealth, and he lives a quiet life with his wife in Bronxville, New York.

While their home is large and meticulously decorated, it doesn’t stand out as much as the most expensive houses in the world would and instead appears more like a suburban manor.

Inside, McEnroe’s home is bright and open, with designer pieces decorating the living and dining areas.

The sitting room also features a large grand piano where his wife, Melissa Errico, can practice her songs and Bradway musical roles.

Although we don’t know how much Patrick paid for his home, the average cost of a house in Bronxville is $1.4 million, so we can safely assume he paid a large sum.

Patrick McEnroe achieved a lot during his career that set him apart from other competitors.

However, while many of his accomplishments are noteworthy, some have impacted his career more than others overall.

Here are some of the best highlights of Patrick McEnroe’s career:

Like Andre Agassi, McEnroe has enjoyed a career filled with impressive milestones that have helped make him one of the most accomplished players on the court.

Patrick McEnroe was a highly successful player, and his determination on the court could be felt even as the captain of the Davis Cup team.

He never lost his drive to win and embraced every facet of the game for as long as he was involved with the sport.

Here are our favorite quotes from Patrick McEnroe:

There is a lot that we can learn from Patrick McEnroe and his long career as a tennis player and coach.

Now that you know all about Patrick McEnroe’s net worth, we can take a closer look at what he can teach us about reaching our own goals.

Here are some of the best success lessons to learn from Patrick McEnroe:

If you want to become successful, you have to stay committed to winning and reaching your goals.

It may take months or even years to reach your biggest dreams, but if you can stay determined, you will ultimately be able to achieve anything.

Change is necessary no matter what you are doing, and it is something you will have to learn to embrace if you want to be successful.

You should always be looking for ways to adapt and grow your skills so that you can keep up with the evolving world around you.

No one can do everything on their own, which is why you should surround yourself with experts who can help you achieve your goals.

Make sure to build a support network of people with skills that complement your own and that you can rely on when you need help with something that is outside of your skill set.

Patrick McEnroe enjoyed a decades-long professional tennis career that brought him both wealth and fame.

Since leaving the court, he has worked as a coach for the United States Davis Cup as well as a commentator for major sports networks.

While he has since retired from broadcasting and coaching, you should make sure to check back often so you won’t miss any updates to his still-increasing wealth.

As of January 2023, Patrick McEnroe’s net worth is estimated to be $16 Million.

What do you think about Patrick McEnroe’s net worth? Leave a comment below.