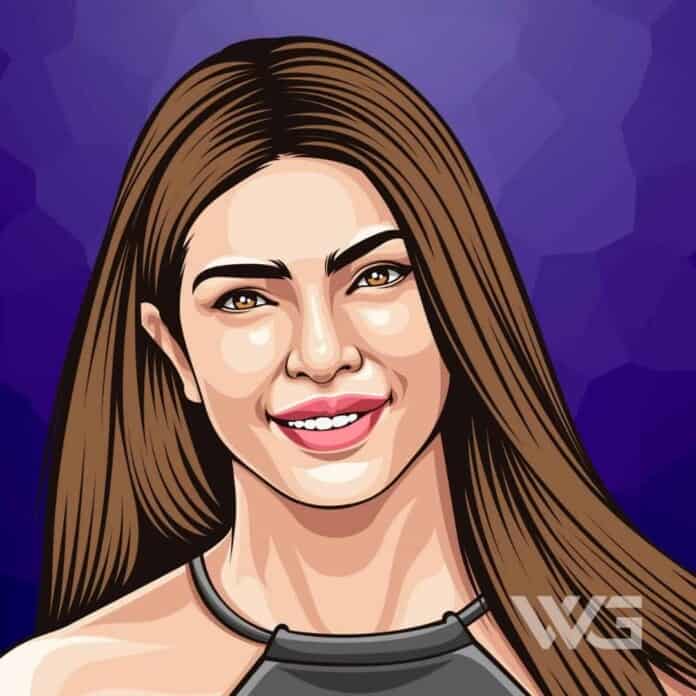 What is Priyanka Chopra’s net worth?

As of December 2022, Priyanka Chopra’s net worth is estimated to be roughly $70 Million.

Priyanka Chopra is an Indian actress, singer, film producer and the winner of the Miss World 2000 pageant. Chopra is one of India’s highest-paid actress and most popular celebrities.

In 2016, the Government of India honored her with the Padma Shri, and Time named her one of the 100 most influential people in the world.

Priyanka Chopra was born on the 18th of July, 1982, in Jamshedpur, India. Chopra is the daughter to Ashok Chopra and Madhu Chopra. As her father was an army, he frequently got transferred. As a result, Priyanka spent her childhood in cities such as Delhi, Pune, Lucknow, Bareilly, and Ladakh.

At the age of 13, she was sent to the United States to pursue higher education. Priyanka attended schools in Newton, Massachusetts, Iowa, and New York, as her aunt’s family also moved frequently.

Chopra began her career by entering the Femina Miss India in 2000. She finished second and she went on to represent India in the Miss World pageant, where she was crowned ‘Miss World 2000’. In 2002, she made her big screen debut in the Tamil film, ‘Thamizhan’.

In 2004, Chopra starred in the romantic comedy, ‘Mujhse Shaadi Karogi’ which proved to be a big commercial success. The same year, she also starred in the thriller ‘Aitraaz’, portraying her first role as an antagonist and received much critical acclaim for her performance.

In 2013, her second single titled ‘Exotic’ was released, featuring American rapper Pitbull in the music video. Her third single, a cover of Bonnie Raitt’s ‘I Can’t Make You Love Me’ was released the following year.

Two of her best-known movies that she starred in is ‘Baywatch’ and ‘Isn’t It Romantic’. In those two movies, she worked with stars such as Zac Efron, Rebel Wilson, and Dwayne Johnson.

Here are some of the best highlights of Priyanka Chopra’s career:

“My mom always said that when a woman is financially independent she has the ability to live life on her own terms.” – Priyanka Chopra

“No matter where you go in life or who you get married to you have to be financially independent, whether you use it or not.” – Priyanka Chopra

“You don’t know what curves life will throw at you. You should have the ability to take care of yourself and the people you love.” – Priyanka Chopra

“Financially independence gives you the ability to protect yourself when life happens, to stand on your own feet and say alright I can do something about it without being helpless.” – Priyanka Chopra

“No condition must be placed on any human being that stops them from being who they want to be. This applies to girls in India, too. It’s a small percentage of women, who are privileged to not have conditions placed on them. I’m grateful that I am in that lot.” – Priyanka Chopra

Now that you know all about Priyanka Chopra’s net worth, and how she achieved success; let’s take a look at some of the best lessons we can learn from her:

1. Fill Your Gas Tank Up When it is Half Empty

Preparation saves so much heartache, confusion, and unhappiness. Prepare for the worst and expect the best!
It doesn’t matter what the label is on your clothes, the size of the house you live in, or the price tag of your car. You’re still not better than anyone else.

Beginning today, treat everyone you meet as if they were going to be dead by midnight. Extend to them all the care, kindness and understanding you can muster, and do it with no thought of any reward. Your life will never be the same again.

Reading will help you have a healthier mind, improved mental health when you’re older, and you will be more interesting.

How much is Priyanka Chopra worth?

Priyanka Chopra’s net worth is estimated to be $70 Million.

How old is Priyanka Chopra?

How tall is Priyanka Chopra?

Priyanka Chopra is one of the most popular and high-profile celebrities in India.

She has received several awards and much appreciation for her performances in films over the years. Along with acting, she has also made a mark as an international singer with tracks such as ‘In My City’ and ‘Exotic.

What do you think about Priyanka Chopra’s net worth? Leave a comment below.