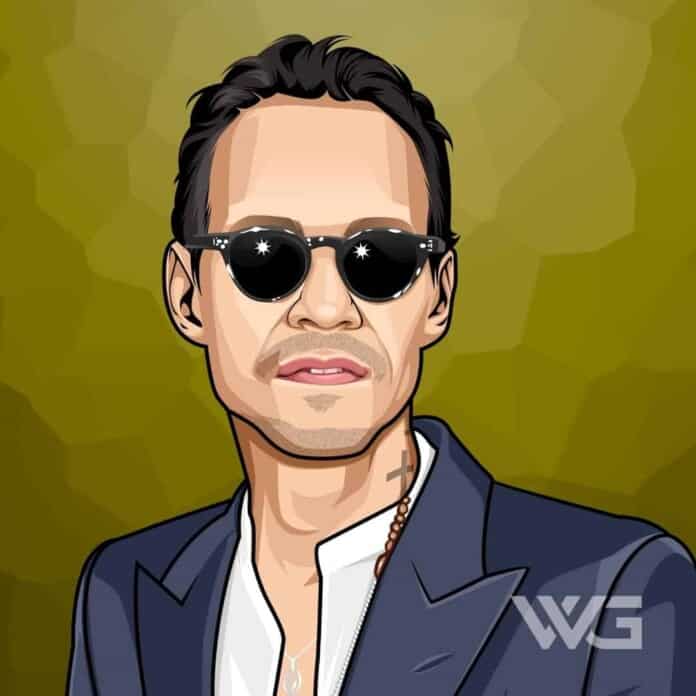 What is Marc Anthony’s net worth?

As of February 2023, Marc Anthony’s net worth is estimated to be $80 Million.

Marco Antonio Muniz was born on the 16th of September, 1968, in New York. Muniz is the son of Guillermina and Felipe Muniz. His father was a small-time musician and a hospital lunchroom worker while his mother was a housewife.

Anthony is of Puerto Rican descent and grew up in the Spanish Harlem and El Barrio with his seven siblings.

Anthony started his singing career by becoming a vocalist for freestyle and Underground New York house music. He got small-time gigs for ‘Menudo’ and ‘Latin Rascals.

In 1990, the producers of ‘With or Without You’ offered Anthony another opportunity and he wrote lyrics and gave vocals with Chrissy I-eece for ‘You Should Know By Now’. In 1992, he provided he gave vocals for ‘Love Change’ and ‘Here’s Your Hat’.

His third album was released, ‘Contra La Corriente’ in 1999. He did a TV special ‘Marc Anthony: The Concert from Madison Square Garden’ which was televised on HBO. It was the first salsa album ever on the Billboard 200 Chart.

In 2004, he released a Latin pop album, ‘Amar Sin Mentiras’ and after the release of the album he came out with the dance version of the same tracks in the album ‘Valio La Pena’. It won two Latin Grammy Awards.

Anthony acted in the movie called ‘El Cantante’ in 2007, which was a drama on the life of the great salsa artist Hector Lavoe.

In 2011, Anthony appeared in a Latin talent series called ‘Q’Viva! The Chosen’, which was created by Simon Fuller. He judged the show alongside his ex-wife and singer Jennifer Lopez and Jamie King.

Here are some of the best highlights of Marc Anthony’s career:

“First, you date the songs, and then you get engaged and then you marry them. They have to stand the test of time because they are going to be yours for the next 20, 30, 40 years. So you had better choose right.” – Marc Anthony

“These opportunities don’t come around too often. It’s quite an honor and a privilege to be able to sit here today saying that I’m a part-owner of an NFL team.” – Marc Anthony

“Being Puerto Rican, born and raised on the streets of New York, you go, ‘Wow, you’re still friends with your ex, man? Really? That’s weird.’ I don’t play that.” – Marc Anthony

“Be quiet, or my wife will take away your firstborn and make him or her work in one of her sweatshops!” – Marc Anthony

Now that you know all about Marc Anthony’s net worth, and how he achieved success; let’s take a look at some of the lessons we can learn from him:

The greatest way to get the greatest ideas is to read, read, read. There’s this great quote that goes like this: “Books are the hardbound drug of my choice.” Read something every day to expand your mind. Even if it’s just for 20 minutes

Write down your goals every day. Just take out your journal, and write down what you want.

How much is Marc Anthony worth?

Marc Anthony’s net worth is estimated to be $80 Million.

How old is Marc Anthony?

How tall is Marc Anthony?

Marc Anthony is an American singer, songwriter, actor, and record and television, producer. He is one of the most popular tropical salsa artists of all time. He has been nominated for the Grammys six times and won two Grammys for ‘Contra La Corriente’ and ‘Amar Sin Mentiras’.

What do you think about Marc Anthony’s net worth? Leave a comment below.