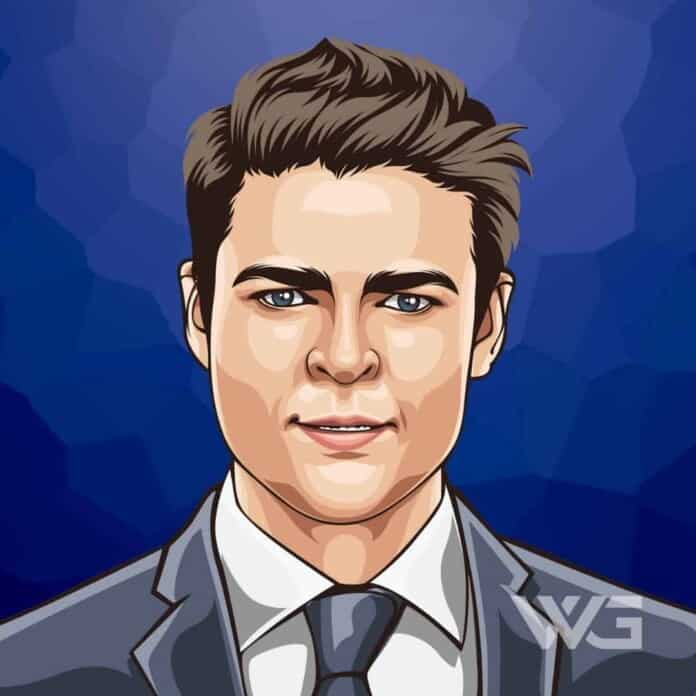 What is Karl Urban’s net worth?

Karl Urban is a New Zealand actor from Wellington, New Zealand. His career began with appearances in New Zealand films and TV series such as ‘Xena: Warrior Princess’.

He has also portrayed Leonard McCoy in the ‘Star Trek’  reboot film series, Vaako in the ‘Riddick’ film series, and Judge Dredd in ‘Dredd’.

Karl-Heinz Urban was born on the 7th of June, 1972, in Wellington, New Zealand. Urban is the son to a German immigrant father.  In school, he showed interest in public performance and articipated in numerous school plays and stage productions.

From 1986 to 1990, Karl Urban attended Wellington College. He then enrolled at the Victoria University of Wellington for a degree in BA but discontinued the same after a year to pursue a career in acting.

Karl Urban’s first ever acting role came at the age of eight. He had a single line in one of the episodes of the New Zealand television series ‘Pioneer Woman’.

His first major break came with the character of Eomer in the second part of the ‘The Lord of the Rings’ trilogy, ‘The Two Towers’, in 2002. Spectacularly brilliant, he reprised his role in the third installment of the series ‘The Return of the King’.

In 2005, Urban played the character of John ‘Reaper’ Grimm in Universal Pictures’ ‘Doom’. Meanwhile, he returned to New Zealand cinema to star in the crime drama ‘Out of the Blue’.

In 2013, he starred as Detective John Kennex in the televisions series ‘Almost Human’. The series was futuristic themed and was set 35 years into the future, wherein cops in the L.A.P.D. were paired up with lifelike androids.

Karl Urban worked in two important projects in 2016. In the first movie, he reprised his role of Dr. Leonard McCoy for the thirteenth installment of the Star Trek series, ‘Star Trek Beyond’.

Here are some of the best highlights of Karl Urban’s career:

“That is a big danger, losing your inspiration. When I work in film and television I try to do each take a little differently. I never want to do the same thing twice, because then you’re not being spontaneous, you’re just recreating something.” – Karl Urban

“I did a little theatre work after that and the following year I got another part in a television series. Then it was almost to the end of the year before I got more work. That was coming to terms with the reality of the vocation I had chosen.” – Karl Urban

“I am in awe, in admiration of the man who Gaius Julius Caesar was. I don’t actually do him as the man himself. He is maybe a distant relative. It’s hard to approach the real man because he is such an awesome icon.” – Karl Urban

“That’s always an interesting concept when you try to make your dream into a reality and you come up against the facts of exactly what it is you’re attempting to do.” – Karl Urban

“I decided to have a regular childhood and not pursue [acting] until I left school, although I wrote plays, directed plays, and got involved in theatre at school. When I left school I decided that’s that I was going to pursue and gave it a crack.” – Karl Urban

Now that you know all about Karl Urban’s net worth, and how he achieved success; let’s take a look at some of the best lessons we can learn from him:

When your motivation is high, taking action is easy. Once it starts to dwindle down, it can be a lot tougher. You might not be aiming to get fit and that’s fine.

Instead of changing your entire diet all in one day, try making small, gradual changes. Remember, this is a lifestyle change, not just some temporary, quick-fix diet.

The first thing is to keep in mind that your rate of progress will fluctuate and is oftentimes much higher in the beginning. In fact, there will even be some weeks where you’ll go in reverse in terms of progress. Don’t let that phase you. Keep at it.

How much is Karl Urban worth?

Karl Urban’s net worth is estimated to be $20 Million.

How old is Karl Urban?

How tall is Karl Urban?

Karl Urban is a New Zealand actor, best known for his performance in ‘Star Trek’ and ‘The Lord of the Rings’ series. A talented kid right from the start, Urban had an affinity for acting from his childhood.

What do you think about Karl Urban’s net worth? Leave a comment below.