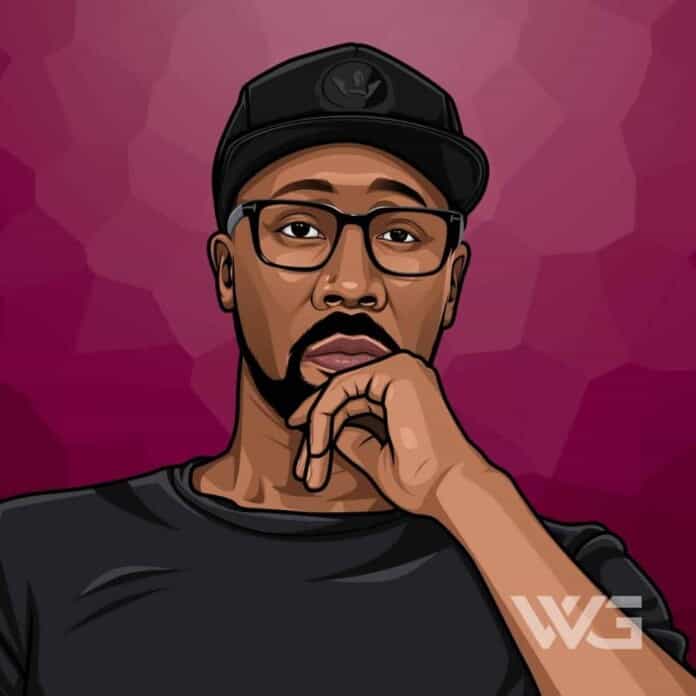 What is RZA’s net worth?

RZA is a famous American rapper and actor.

He is the leader of the famous hip-hop group, Wu-Tang Clan. He is the cousin of two other original Wu-Tang Clan members: GZA and Ol’ Dirty Bastard. Throughout his career, he has released solo albums under the alter-ego Bobby Digital.

Robert Fitzergald Diggs was born on the 5th of July, 1969, in Brooklyn.

Diggs was named after the Kennedy brothers John and Robert Fitzergald. Diggs has a younger brother who is known as the rapper 9th Prince. He also has an older brother named Mitchell Diggs.

He liked to spend the summer in North Carolina with his uncle. When he was 9 years old, he was introduced to hip-hop music. In 1990, he relocated to Ohio and lived with his mother.

After he signed to Loud Records, the group dropped their debut album, ‘Enter the Wu-Tang (36 Chambers)’. Today, the album is one of the best hip-hop albums of all time.

Some of their other albums include ‘The W,’ ‘Iron Flag,’ ‘8 Diagrams,’ and ‘A Better Tomorrow.’

In 2015, the group released a single copy of ‘Once Upon a Time in Shaolin.’

In 2017, Wu-Tang released the album ‘The Saga Continues.’ It features all the members of the group except for U-God. He helped form the group Gravediggaz. Gravediggaz dropped three studio albums, ‘6 Feet Deep,’ ‘The Pick, the Sickle and the Shovel,’ and ‘Nightmare in A-Minor.’

How Does RZA Spend His Money?

RZA lives in a home in Bell Canyon.

RZA has supported charities such as PETA.

Here are some of the best highlights of RZA’s career:

“There’s strong men of wisdom in many different fields. They say 5% of the people are wise and righteous and 10% are wise but use their wiseness for wickedness or to deceive others. It’s like a magician: he knows the answer to the trick, but you don’t. He has to keep you blind to the truth in order for the illusion to work.” – RZA

“I advise everyone to find an island in this life. Find a place where this culture can’t take energy away from you, sap your will and originality. Since anything physical can be mental, that island can be your home. Turn off the electromagnetic waves being forced upon you, the countless invisible forces coming at you all the time.” – RZA

“I think one thing most of faiths have in common is they all realize that everything manifests from one [god]. That’s whether you’re dealing with science, religion, Bible, whatever. They all realize it all came from one, and then from one, you got many.” – RZA

“Took two drags off the blunts, and started breaking down the flag: The blue is for the Crips, the red is for the Bloods, The whites for the cops, and the stars come from the clubs Or the slugs that ignite, through the night, By the dawn early light, why are sons fighting for the stripe?” – RZA

Now that you know all about RZA’s net worth and how he achieved success; let’s take a look at some of the best lessons we can learn from him:

A wise man has to always listen to the peers he surrounds around himself. That’s why you surround yourself with other smart people.

When you prepare for something, it’s like jumping into cold water, but you’re prepared. You jump in. And you start swimming, or if you don’t swim, you drown. Always be prepared for the best and for the worst.

How much is RZA worth?

RZA’s net worth is estimated to be $18 Million.

How old is RZA?

How tall is RZA?

RZA is a famous rapper and actor. He is best known for being the leader of the hip-hop group Wu-Tang Clan.

He has produced most of Wu-Tang’s albums. Throughout his career, he has dropped solo albums under the name Bobby Digital. RZA is one of the household names in American hip hop.

What do you think about RZA’s net worth? Leave a comment below.