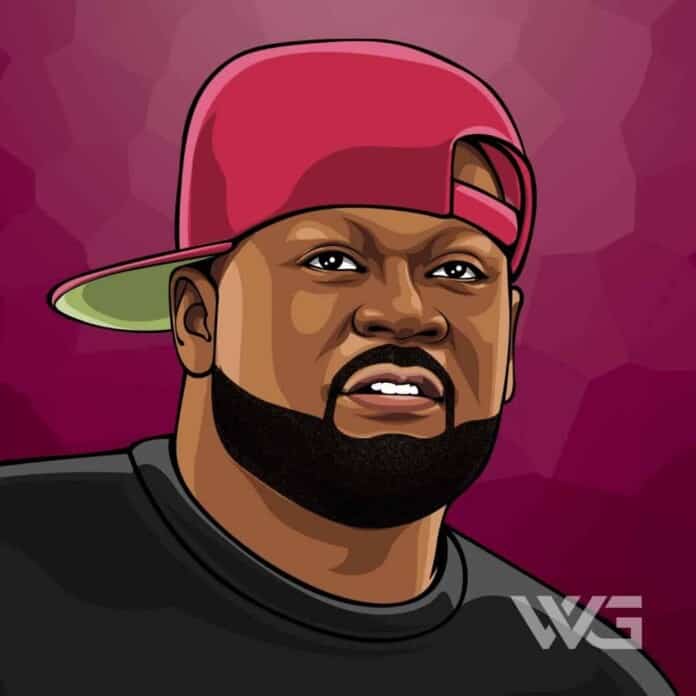 What is Ghostface Killah’s net worth?

As of December 2022, Ghostface Killah’s net worth is estimated to be $10 Million.

Dennis Coles, better known by his stage name Ghostface Killah, is an American rapper and member of the Wu-Tang Clan. He debuted his solo-career with Ironman in 1996 and has continued his success over the following years. He is the founder of his own label Starks Enterprises.

Dennis Coles was born on the 9th of May, 1970, in New York. Coles grew up among a great number of siblings. Coles served his first prison sentence when he was 15 years old.

In the mid-80s, he became inseparable from Robert Diggs “RZA“,  then known among the local hip-hop scene as Rakeem.

In 2003, Ghostface signed with Def Jam Records, and the next year he released ‘The Pretty Toney’ album. The album, while containing two RZA productions, featured none of the Clan; instead, it featured collaborations with Missy Elliott, D-Block and Jacki-O.

The singles “Tush” and “Run”. Ghostface Killah also appeared on the track ‘On My Knees’ which became a huge hit in the UK and Australia.

Shortly after the release of Only Built 4 Cuban Linx… Pt. II, Def Jam contracted Raekwon to work with their label artists Method Man and Ghostface Killah on an album later titled Wu-Massacre.

Production began in November 2009. Wu-Massacre was released in 2010, to generally positive reviews from most music critics with some mixed criticism due to the album’s rushed feel clocking in at a mere 30 minutes of music.

With heavy promotion, it sold 37,900 units in its first week. It has sold 64,000 units as of May 12, 2010. It features production from Scram Jones, Mathematics, and the RZA who produced the album’s lead single, “Our Dreams”.

Here are some of the best highlights of Ghostface Killah’s career:

“You gonna hear a lot of love songs in there, you gonna hear betrayal songs, you gonna hear action that takes place on some of the records … But it all revolves around that world, that Shaolin/ Wu-Tang world. They just battling one another, and at the end of the day, we all come to find out that we’re one and the same. We fight each other but we’re the same.” – Ghostface Killah

“It was the beauty that caught me and held my soul hostage. Remember those days? Had you smellin’ my boxers.” – Ghostface Killah

“I wear what fits Ghostface; I’m not gonna wear anything that makes me look strange.” – Ghostface Killah

“Yeah. It’s all in the music first. The music is like women to me. It’s like how you pick your music: everybody got their own different way how they pick their women and their music, and I guess that’s what the album becomes.” – Ghostface Killah

“The 9th chamber, leave you trapped inside my hallway. You try to flee but you got smoked up by the doorway (blaow! blaow! blaow!). No question, I send your ass back, right to the essence. Your whole frame is smothered in dirt, now how you resting.” – Ghostface Killah

Now that you know all about Ghostface Killah’s net worth, and how he achieved success; let’s take a look at some of the lessons we can learn from them:

Ready to give up so Killah seeks the Old Earth. Who explained working hard may help you maintain to learn to overcome the heartaches and pain.

2. We Witness the Saga

You witness the saga, casualties, and drama. Life is a script, I’m not an actor but the author, 0f a modern-day opera, where the main character is presidential paper, the dominant, factor.

This technique attacks the immune system. Disguised like a lie paralyzing the victim. You scream as it enters your bloodstream. Erupts your brain from the pain these thoughts contain”

How much is Ghostface Killah worth?

Ghostface Killah’s net worth is estimated to be $10 Million.

How old is Ghostface Killah?

How tall is Ghostface Killah?

Ghostface Killah is considered to be one of the greatest MCs of all time. Some editors have placed him on their list of the Top MCs of Our Time calling him “one of the most imaginative storytellers of our time”.

He is a fine storyteller, and his music with Wu-Tang Clan has sold millions of copies worldwide.

What do you think about Ghostface Killah’s net worth? Leave a comment below.