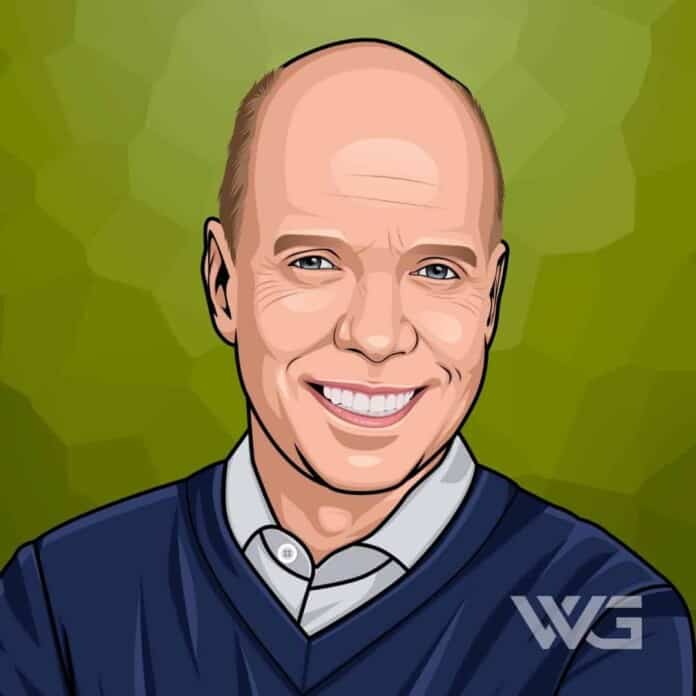 What is Scott Hamilton’s net worth?

Scott Hamilton is a professional figure skater. Hamilton started his career in the world of figure skating at the age of 13. He was trained by former Olympic champion Pierre Brunet. In 1982 and 1983, he received the gold medal at the U.S and World Championships.

In 1984, Hamilton won the gold medal again at the Winter Olympics. He then toured with the Ice Capades and formed Scott Hamilton’s American Tour.

He was raised in Bowling Green, Ohio. He has an older sister and a younger brother.

Hamilton attended Kenwood Elementary School. When he was two years old, he contracted an illness that caused him to stop growing. After many tests and several wrong diagnoses, the disease corrected itself.

In 1980, Hamilton finished third in the U.S Figure Skating Championships. This earned him to be on the U.S. Olympic Team. Don Laws was coaching him during this time. In 1980, he came in fifth place at the Winter Olympics. He rose to fame in 1981 when he attended the U.S Championships. He got standing ovations from the audience.

Hamilton won gold in the World Figure Skating Championship in 1981. During his long program, he received total scores of 5.8s and 5.9s for technical merit. He started the long program off with a triple Lutz Jump, which is one of his hardest jumps.

In 1984 at the Olympics, he won the compulsory figures. For the program, he performed five jumps: a triple Lutz, a triple flip, a triple toe loop, a triple toe walley, and a triple Salchow.

Brian Orser won the program, and Hamilton was second, but he won the gold medal. After turning professional, he toured with the Ice Capades for two years.

He co-founded, co-produced, and performed in ‘Stars on Ice’ for a total of 15 years before he retired in 2001. He still returns for occasional guest performances.

Hamilton was awarded numerous skating honors, including being the first solo male figure skater to be awarded the Jacques Favart Award.

In 1990, Hamilton was inducted into the United Olympic Hall of Fame.

How Does Scott Hamilton Spend His Money?

Hamilton owns a beautiful mansion in Brentwood. The mansion comes with five bedrooms and seven full bathrooms. The estate also features an elevator and a saltwater pool.

Here are some of the best highlights of Scott Hamilton’s career:

“What was really funny is that as I got older, all those guys who called me a sissy in junior high school wanted me to be their best friend because they wanted to meet all the girls that I knew in figure skating.” – Scott Hamilton

“When you’re expected to win, and you have the press saying that you are going to win the Olympic gold medal, and you’re the only sure thing in the Olympics, it can undermine your confidence.” – Scott Hamilton

“That’s what makes the Ryder Cup in golf so much better than the Masters or the U.S. Open. To be a part of something that is not about personal achievement, but about representing everyone and sharing it with the whole country, it’s wonderful.” – Scott Hamilton

“Focus on building up others, and your own sense of self-worth will improve. Some call these random acts of human kindness. But the truth is, acting unselfishly is not random at all. Instead, it is a conscious, concerted effort to make the world better by making someone else’s life better. The bonus: you will be happier by doing it.” – Scott Hamilton

“When you’re expected to win, and you have the press saying that you are going to win the Olympic gold medal, and you’re the only sure thing in the Olympics, it can undermine your confidence.” – Scott Hamilton

Now that you know all about Scott Hamilton’s net worth and how he achieved success; let’s take a look at some of the best lessons we can learn from him:

The only disability in life is a bad attitude.

The high road is continually respected. Honesty and integrity are always rewarded.

3.  Things That Shape You

Adversity, perseverance, and all these things can shape you. They can give you value and self-esteem which is priceless.

How much is Scott Hamilton worth?

Scott Hamilton’s net worth is estimated to be $9 Million.

How old is Scott Hamilton?

How tall is Scott Hamilton?

Scott Hamilton is an Ohio-born Olympic figure skater. Hamilton is one of the best figure skaters in the world. He was at his best throughout the 80s and 90s. He started to train for the Olympics at the age of 13 with the famous figure skater Pierre Brunet.

Hamilton pursued figure skating as a child and won 15 consecutive championships. He is a successful author as well. He has survived cancer and started the Scott Hamilton CARES Initiative in 1999. Hamilton is a true inspiration for other cancer survivors out there.

What do you think about Scott Hamilton’s net worth? Leave a comment below.

Find out how legendary guitarist Angus Young earned his net worth through his performances with the best-selling rock band AC/DC.