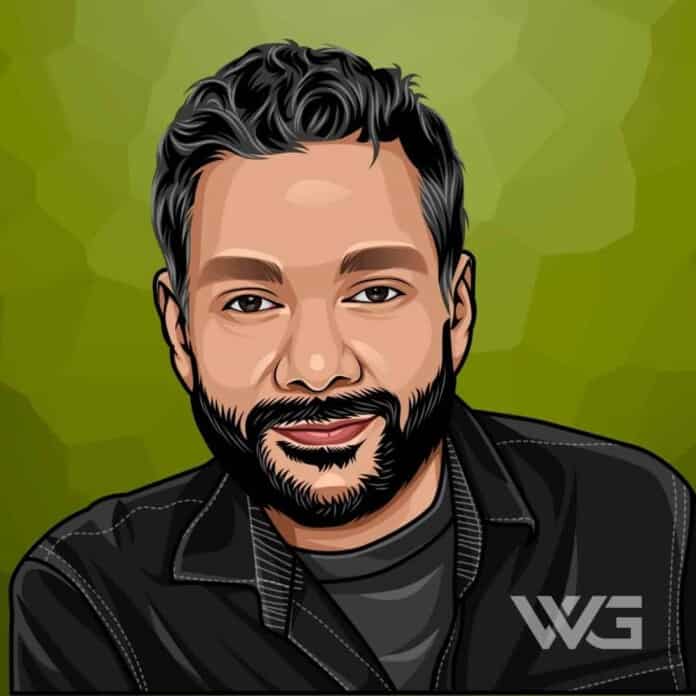 What is Shaun Weiss’ net worth?

Shaun Weiss is an American actor from Montvale.

Weiss is mostly known for his performance in The Mighty Ducks movies and Josh Birnbaum in the Disney film ‘Heavyweights’. He enjoyed a notable run as a freak “Sean” on the short-lived NBC dramedy ‘Freaks & Geeks’.

He has collaborated with many stars such as Owen Wilson and Ben Stiller.

Shaun Weiss was born in Montvale, New Jersey on the 27th of August, 1978. Weiss is the youngest son out of five children. He appeared as the catcher in the Pizza Hut commercial at the beginning of Teenage Mutant Ninja Turtles in 1990.

Weiss attended Pascack Hills High School, he later starred in his debut film ‘Pee-wee’s Playhouse’ which was a huge breakthrough in his career as an actor.

He gained wide attention for his brilliant acting skills in ‘The Mighty Ducks’ and in 1996 he showed his acting talent in the television series ‘Mr. Rhodes’, ‘Boy Meets World’, The King of Queens’, ‘Family Law’, ‘Undressed’, ‘Freaks and Geeks’, ‘City Guys’, ‘Las Vegas’ and ‘Crossing Jordan’.

In addition to his several appearances on television, he also showed his exceptional acting ability in the movies such as ‘Heavyweights’ and ‘Pack of Dogs.

Weiss later got married to the beautiful lady named Shannon. He has not much spoken about his personal life. Till date, there is no news of divorce published between the couple.

Weiss has been able to grab the attention of all audiences from his brilliant performances in movies and television series.

How did Shaun Weiss lose all his money?

Unfortunately, addiction to alcohol and drugs took its toll on Weiss, which led to him being arrested multiple times, spending all his money, and leaving him completely unrecognizable.

He’s also been arrested for burglary, and shoplifting.

Here are some of the best highlights from Shaun Weiss’ career:

“Token Jew? Hmm… felt more like the token fat kid. The schools I attended were predominantly Jewish, so for a couple years, there was a bar/bat mitzvah every weekend, sometimes two. It was fun watching them try to top each other. Kept waiting for Streisand to show up and bust out the Hava Nagila.” – Shaun Weiss

“I assume you mean Emilio, the real guy. Best advice: “If you’re going to hook up with the extras, get their parents to sign a release form.” Kick Conway’s ass? What kind of mensch are you, guy?” – Shaun Weiss

“We had three months of hockey camp. Skating didn’t come easy for me—I spent the first month on my ass. Never wanted to quit, but I did wish the movie was about the Oregon football team.” – Shaun Weiss”

“Believe it or not, right after I did `Heavyweights,’ I was so inspired that I went to a real, quote-unquote, fat camp. I was 185 pounds, and I slimmed down to 152. So I went to this audition for the BBC in late August, and they said, `He’s too thin.’ I had to put it back on.” – Shaun Weiss

“We decided to give the producers a little run for their money. I was having hot dogs for lunch, so we got the entire cast to play sick to freak everybody out. We were all complaining, saying `My stomach is killing me.’ Finally, we started throwing up we were faking it. The producers went crazy. They nearly had a heart attack.” – Shaun Weiss

“Of course it all touched a nerve for me. The movie is not about skinny or fat. The movie is about being yourself and accepting what you are.” – Shaun Weiss

How much is Shaun Weiss worth?

Shaun Weiss’ net worth is estimated to be $500.

How old is Shaun Weiss?

How tall is Shaun Weiss?

We all know Shaun Weiss from ‘The Mighty Ducks’ franchise.

Weiss has made a name for himself and has inspired many by his work as an actor. Weiss has collaborated with famous stars such as Lane Smith, Emilio Estevez, Ben Stiller and Owen Wilson.

What do you think about Shaun Weiss’ net worth? Leave a comment below.