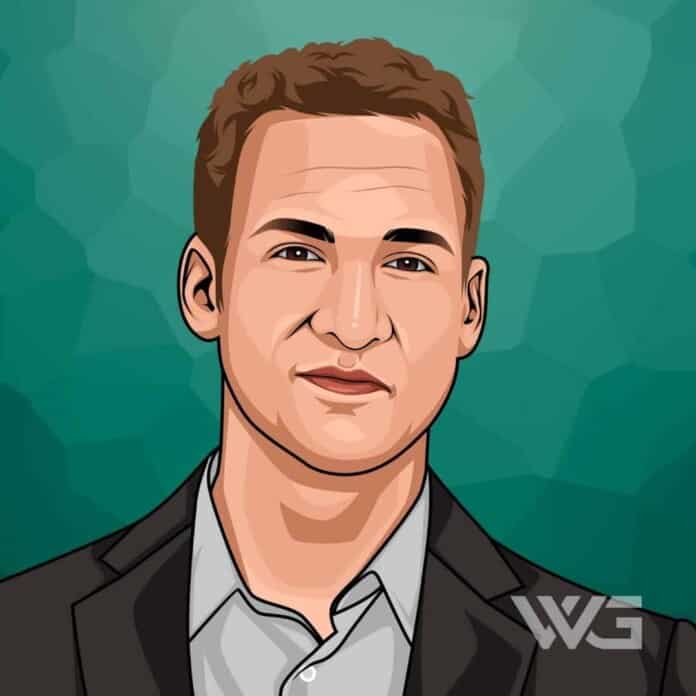 What is Ben Savage’s net worth?

As of November 2022, Ben Savage’s net worth is estimated to be roughly $8 Million.

Bennett Joseph Savage was born on the 13th of September, 1980, in Chicago, Illinois, the son of Joanne and Lewis Savage, who were an industrial real estate broker and a consultant.

His elder brother is actor/director Fred Savage, and his elder sister is actress/musician Kala Savage. His grandparents were Jewish and from Poland, Ukraine, Germany, and Latvia, and Savage were raised in Reform Judaism.

Savage started acting at the age of eight when he debuted as Matthew Lacey in the comedy serial ‘Dear John’ in 1988. It was his first major role on television, where he played the role of the son of Judd Hirsch.

In 1992, he played the character of Sam, a brainy little boy, in the film ‘Big Girls Don’t Cry…They Get Even’, and featured as Andy in ‘She Woke Up’, a television film.

Ben shot to fame with his role as the lead character Cory Matthews on the TV sitcom ‘Boy Meets World’, which started in 1993 and continued till 2000.

In 1998, he received critical acclaim for playing Roddy Stern in Tony Award-winner Israel Horovitz’s play ‘Unexpected Tenderness’. He bagged the Ovation Award for his performance. He acted in PG-13’s film ‘Swimming Upstream’ in 2002, where he played the role of a supportive but a little immature best friend to a terminally ill boy.

Savage also starred in several TV movies like ‘She Woke Up’ in 1992 with Lindsay Wagner, ‘Aliens for Breakfast’ in 1994, as a young teen whose breakfast cereal figure comes alive, ‘Making It Legal’ in 2007, and ‘Lake Effects’ in 2012.

Here are some of the best highlights of Ben Savage’s career:

“I think a nice romantic dinner should be saved for when you and the girl you’re dating or seeing have something special and it’s a more special occasion.” – Ben Savage

“A lot of the problems teenagers go through, it’s better for them to go through them on their own. If you always have a crutch, you don’t learn anything.” – Ben Savage

“When I was younger, I’d be like ‘Would you like to go to dinner’ and the girl would be like ‘Meh.’ But then I was like ‘Do you want to go with me for a drink somewhere?’ and she’d be like ‘Okay.” – Ben Savage

“I usually like to throw on some flip flops and go to a really nice lunch in Venice, or Santa Monica, or stay in and cook dinner.” – Ben Savage

“A lot of people say the sitcom is dead. I think they’re right to some extent, in that the shows they’re putting out are all the same.” – Ben Savage

Now that you know all about Ben Savage’s net worth, and how he achieved success; let’s take a look at some of the strongest lessons we can learn from him:

1. Once Can Sometimes Be Enough

You only live once, but if you do it right, once is enough.

To live is the rarest thing in the world. Most people exist, that is all.

How much is Ben Savage worth?

Ben Savage’s net worth is estimated to be $8 Million.

How old is Ben Savage?

How tall is Ben Savage?

Ben Savage is an American actor who has acted in several films, television serials, TV-movies, and plays. Though he made his first TV appearances at the age of five when he featured in some television commercials, his acting career started when he was an eight-year-old.

What do you think about Ben Savage’s net worth? Leave a comment below.